Last week, Emily Ratajkowski posted this picture of her hot, perfect ass next to her friend’s ass as a promotion to her new swimsuit line, Inamorata, which is geared towards women of every shape and size. Naturally, the internet went wild. People called her friend the f-word, said she was disgusting, and some people even accused Emily of intentionally posing next to her friend in order to make herself look good.

First of all, that’s just a completely idiotic comment: Emily doesn’t need to pose next to ANYONE to look good. The only people that benefit from that sort of comparison are people who need a boost in their appearance. She is not one of them. Everyone already knows how ridiculous her body is, herself included. But the idea of her plotting to take her “fat” friend with her to the beach solely for the purpose of boosting her ego is lol funny.

Naturally, Ratajkowski came to her friend’s defense and that of all women everywhere, regardless of shape and size. 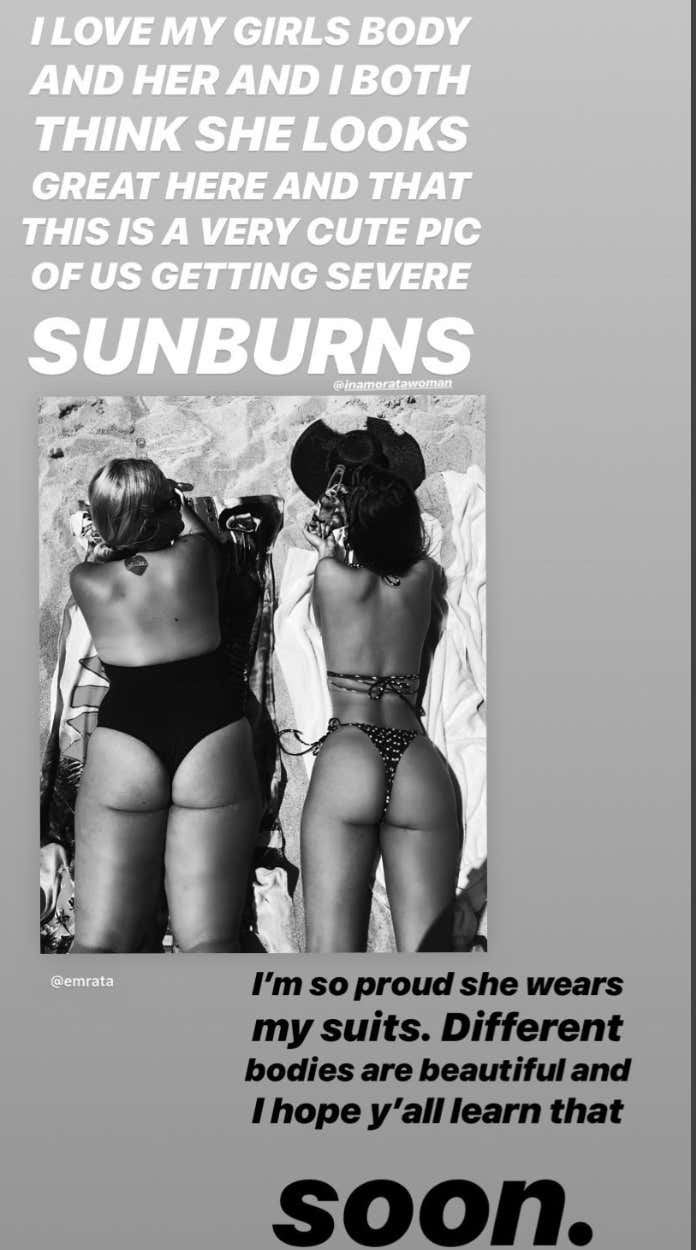 Good on her for coming to her friend’s defense, as obviously that was the right thing to do… but at the same time, Ratajkowski has to have a little more internet-awareness. The Internet is littered with filthy commenters- of course it was going to happen! They criticize HER body (and there is literally absolutely nothing to criticize!), of course they were going to come after her friend! And of course she was going to be caught off-guard, she’s not in the public eye and used to the savagery of those behind their keyboards. 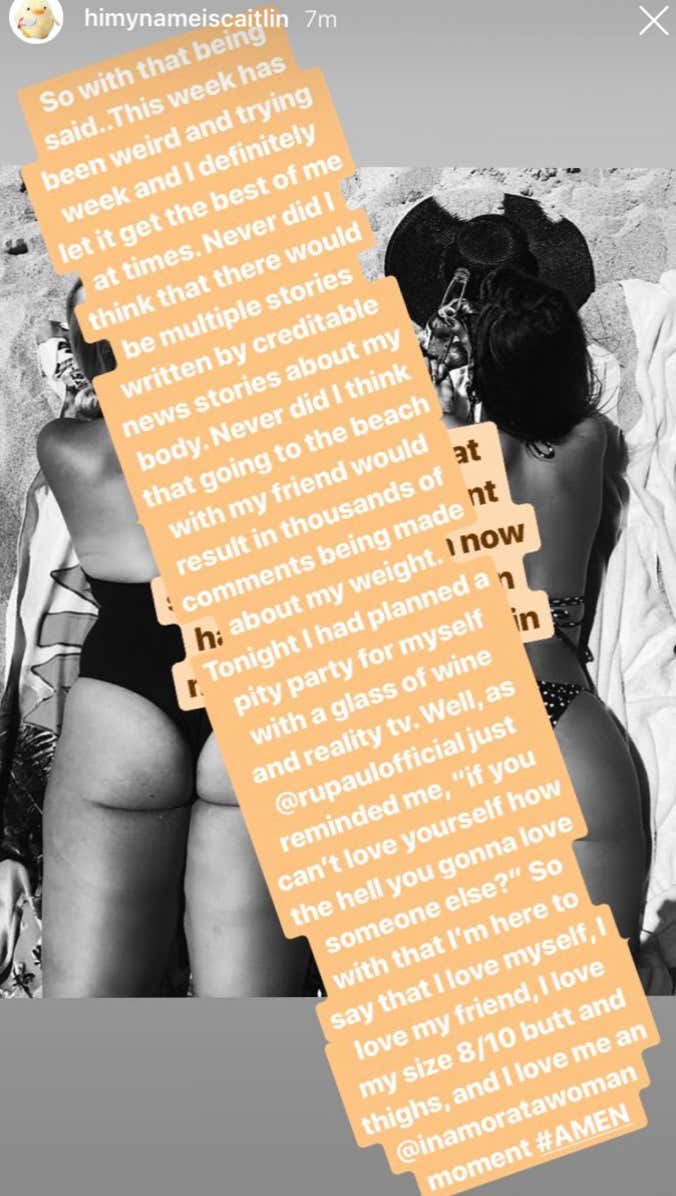 It’s a hard-knock social media world out there and unfortunately for Ratajkowski’s friend, who was just trying to be a good friend and show the swimwear line’s versatility, she had no idea what was coming.

As for Emily, I admire her passion to showcase different body types and remaining body-positive, but… please don’t ever take a picture with me.