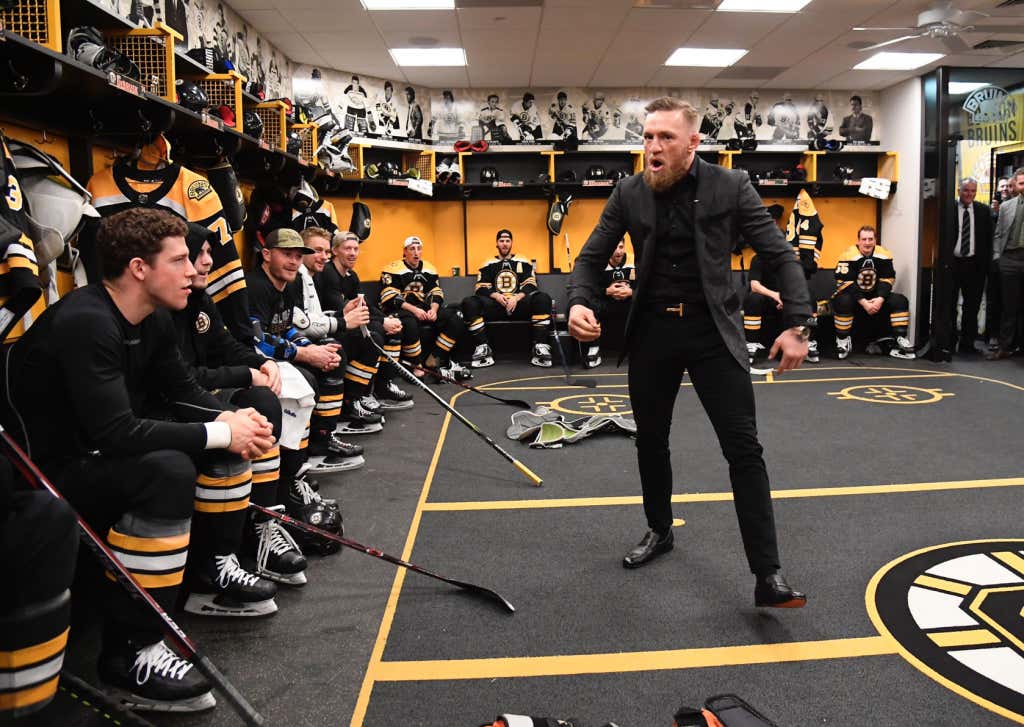 The Boston Bruins snapped a three game skid by beating the Columbus Blue Jackets 2-1 in OT.

Patrice Bergeron opened the scoring with a PPG (his 800th career point), 1-0 Bruins.

McGregor joined NESN’s Dale Arnold during the 1st period intermission to talk about how he got the Bruins fired the fuck up before the game.

The Bruins started controlling the game more in the second, CBJ on the second night of a back to back wouldn’t give up though. 1-1 after 3.

90 seconds into OT… this happened.

Marchand hitting the McGregor was fantastic. I don’t want, I need McGregor to be in the building for the first playoff game.

B’s are back on Tuesday night against the Islanders. Barstool Radio will be live from Borrelli’s before the game.. 4-6 pm. See you there.

If you’re reading this, thanks for reading and have a safe St. Patrick’s Day!! My McGregor watch has ended (for now).