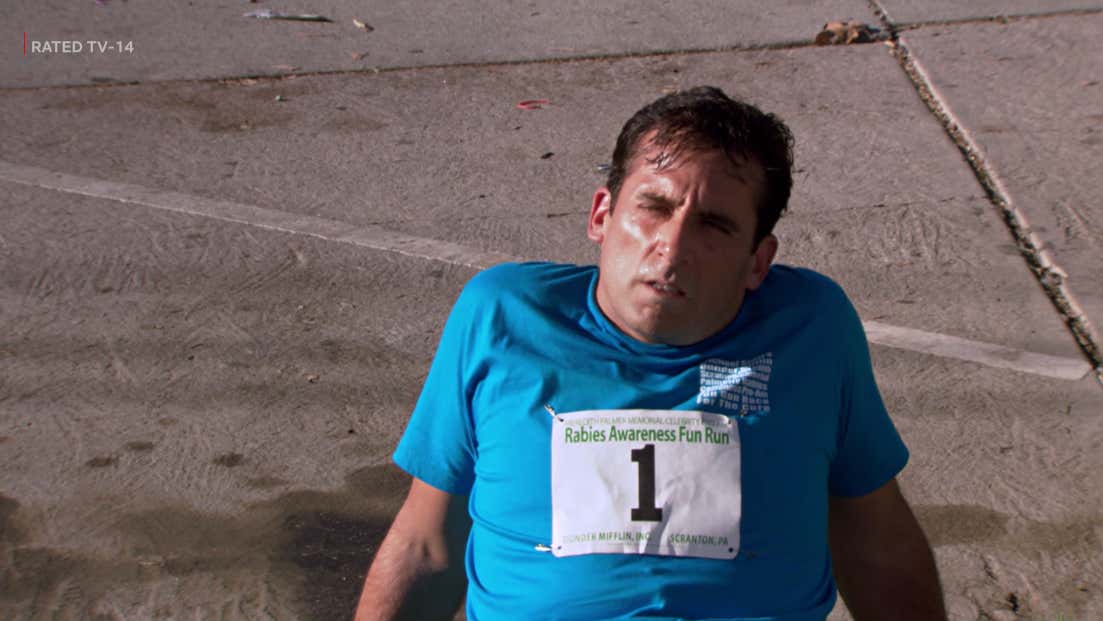 Before we get going, let me just make one important distinction. I am NOT a runner. I’m just a guy who occasionally runs to make sure I don’t get fat as heck. No offense or anything but we’ve all seen the transformation that Big Cat has gone through over the years. Blogging takes a toll on your body and considering I still have a few years left of being an elite beer league athlete ahead of me, I’d like to stay in at least somewhat decent shape. But being a runner means that you enjoy running and that you’d at least consider signing up for a running event. That’s not me. I’m just a guy who gets a few miles in a couple times a week to make sure I don’t turn into a meatball.

Now that that’s out of the way, however, I think the fact that I’m not a runner is actually starting to ruin my life. Because my life is now filled with enemies. And all of those enemies are people who have passed me whilst running. And I’m not talking about people who are clearly cross-country runners. The type of creatures who are like 6’3″ and weigh about 115 lbs. I’m totally fine with those people passing me because by the time I realize I’ve just been passed, they’re already completely out of my sight. But when it’s just other normal people out there blowing past you? And you have to just stare at them for the next 10 minutes as they slowly get further and further away from you? Well that shit right there will ruin your whole day.

You try to justify it. You try to tell yourself that they must have just started their run and you’re already on the tail end of yours. But you know that’s not true. Chances are they’re already a couple more miles into their run than you are. So then the dark side of your competitiveness comes out. You start hoping that they twist an ankle or some shit like that. But then you’re worried that if you’re hoping that they break their ankle, that you’ll end up twisting yours. So you apologize in your head real quick but you still hate the shit out of that son of a bitch. Meanwhile, you’re so wrapped up over hating that person for passing you that you haven’t even been focused on keeping up your pace. Next thing you know, another person blows right past you and you think about sticking your foot out to trip them. But there are too many other people around for that. Plus you’re running out of gas quickly so you’re not sure if you can out run anyone who would come after you for doing that.

All I’m trying to say here is please do not pass me. Unless you’re a cross country freak who is going to be a mile ahead of me within the next 30 seconds. I beg of you.