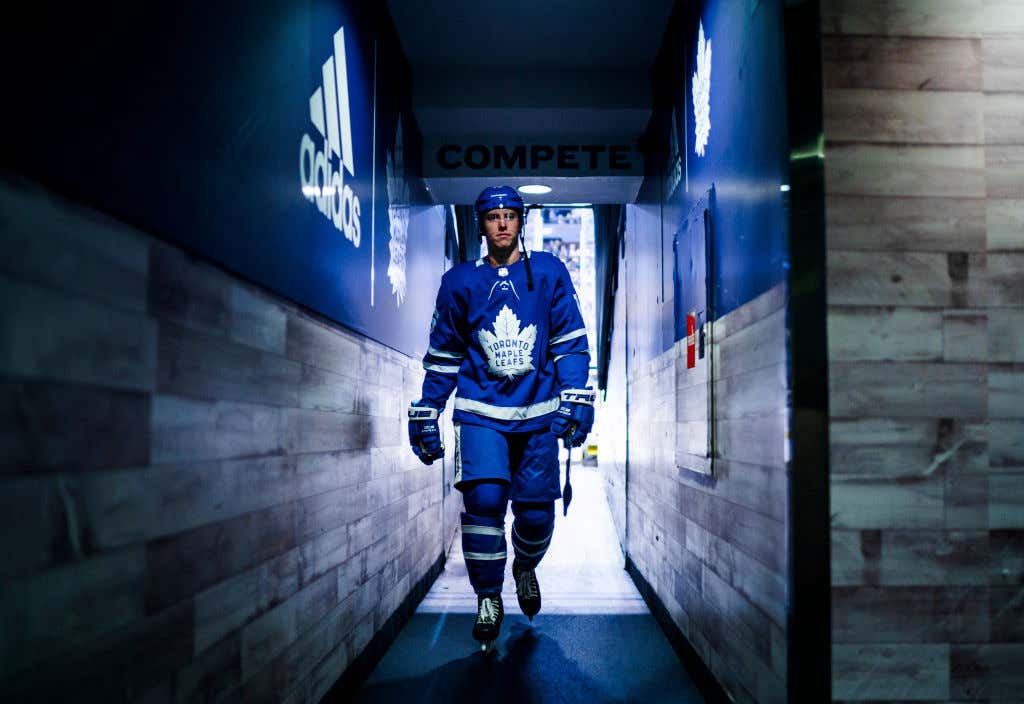 Mitch Marner is just getting his tires pumped left and right recently. First it was Brad Marchand saying the kid deserved an AAV of $12m on his next contract, now the Head Coach of the first-place Tampa Bay Lightning is coming out and is saying that Mitch Marner could be the smartest hockey player of all time.

Lightning Coach Jon Cooper praised the 21-year-old ahead of their Monday night matchup against the Leafs, saying he’s not only one of the smartest players in the game right now, but that the game has ever seen. High praise from someone who has coached some loaded rosters and some really good players.

So how smart of a hockey player is Mitch Marner? The 2015 1st round pick has assisted on 22 of John Tavares 38 goals this season and not only is producing on an offensive level but as each game passes, he becomes better defensively.

“I take the D-zone very serious and a lot of the guys in this room do. I think we know if we want to win it starts in our D-zone and goes forward.” Marner told TSN.

Nikita Kucherov, who is putting on an absolute show this season with 111 points through 70 games, also chimed in on Marner telling TSN “I guess he’s so much fun to play with and I guess guys like to play with him on same line and PP because he makes plays. He sets up passes and makes other players better and that’s what I like about him.”

Imagine Kucherov and Marner on the same line? You’d legitimately need to watch the game with a box of tissues handy.

But to answer the question….Is Mitch Marner currently the smartest hockey player ever? The answer is no. But there is nothing stopping him from getting there some day.