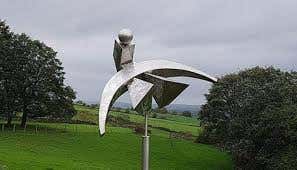 A giant metal clitoris sculpture has been stolen from a French university campus for the second time.

Made by British artist Matthew Ellis, ‘Le Clitoris’, has stood on the grounds of University of Poitiers, in western France since 2017.

Here we go again. It’s another day that the fellas are gonna be spending hours looking for the clit. We simply have no idea where the clit is. Could be under a hood. Could be behind some mudflaps. We’ll never find this fucking thing. Last time I went searching for the clit, I ended up in a mud bog. Not exactly how I wanted to end my night because first of all, the clit wasnt in there and the owner of said bog said I didnt even ask. Just slipped right in the ole mud bog without permission looking for the clit. Tale as old as time.

Need to put a GPS tracker on that thing.