You’re telling me… Tom Brady believes so strongly in TB12, he’s guaranteeing that, in 2020, a 50-year-old Rich Eisen will beat any 40-yard dash record he has personally set for the previous 15 years?

So hypothetically a 50-year-old man would be faster than the 35-year-old version of himself?

Because it worked for him.

“I’ve timed my 40 from what it was when I was coming out of college and what it is now, and it’s maybe two or three tenths faster than it was…I was really slow back then.”

Or at least be fast enough to beat the Simulcam guy… 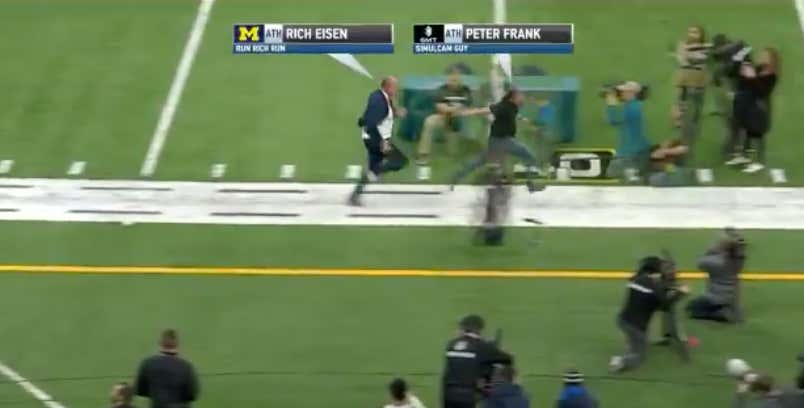