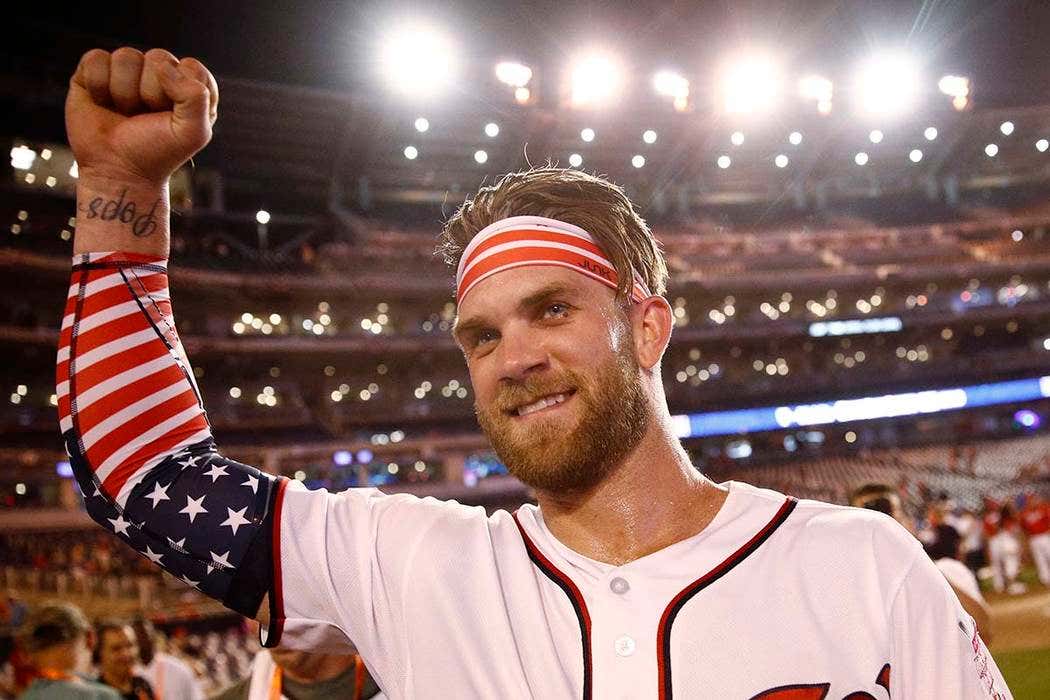 Now here’s the thing. Is the 13 years a little scary? Sure. Maybe. But 13 years from now will be the year 2032. You will not give a single fuck about this contract in 2032. That’s an issue for our kids to have to worry about when we get into Bryce’s 10th, 11th, 12th, 13th year in Philly. Hell, the world could be engulfed by the sun by 2032 and we’ll all be dead. So don’t be an idiot who is out here complaining about the 13 years. It literally does not matter. You’ll either be dead in 13 years or you won’t give a damn about this contract anymore.

All that matters right now is that John Middleton said he was going to spend stupid money this offseason to bring in their guy, and he fucking delivered. He ran the stupid money play and it worked. Bryce Harper is a Phillie and it’s time to crack open a few celebratory cold ones.

And to the likes of Jon Heyman, Scott Boras, the management groups for the Giants and Dodgers, and to all the haters and the losers out there…