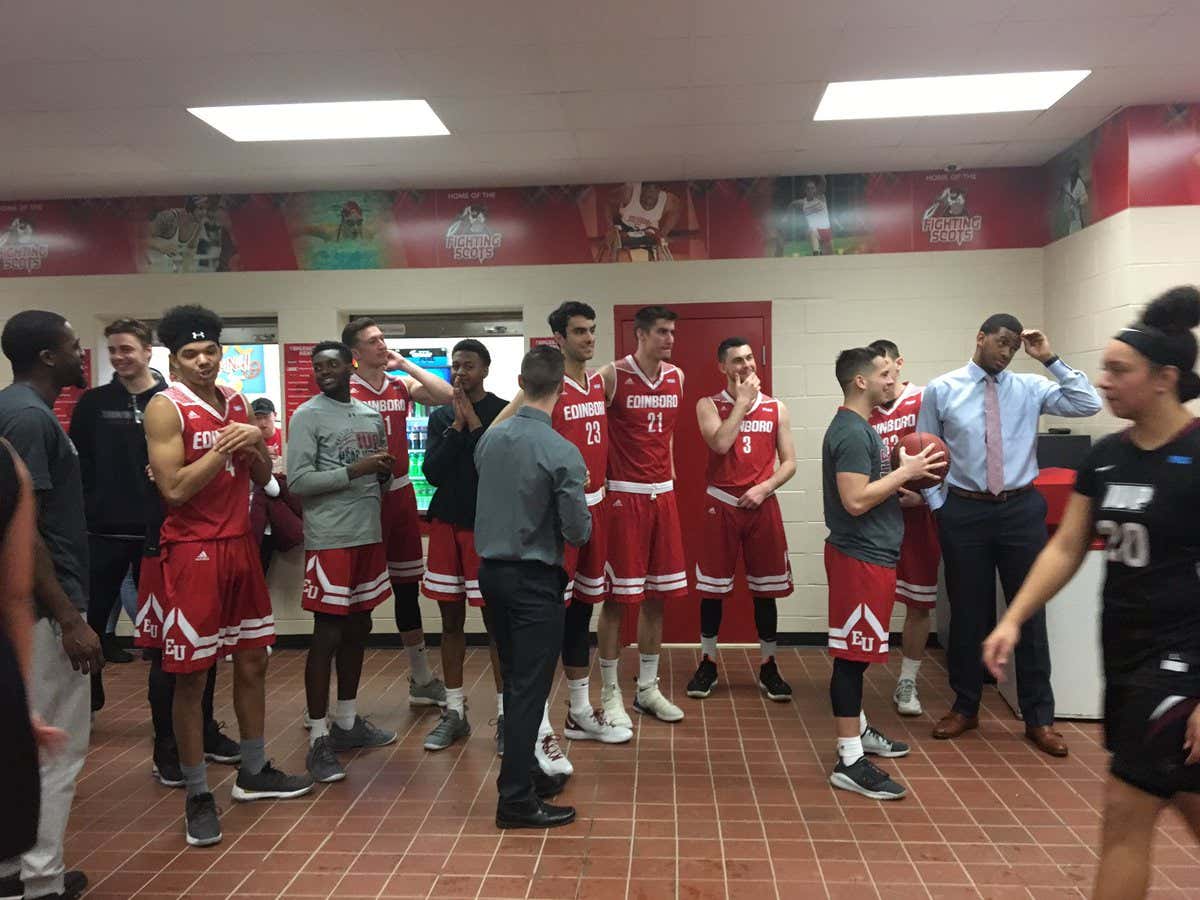 Gotta be honest here. I’m just not sure if it gets any lower than that. I mean it’s one thing to lose a game. It happens all the damn time. But to get beat by a bunch of guys who are all wearing your own jerseys? Christ, man. That’s a tough look.

And whatever happened to shirts vs skins? Is that not a thing anymore? Because last time I checked, if you forgot your jerseys at home then you’re going tarps off for the boys. I just feel like this shows a severe lack of competitiveness out of Edinboro. This isn’t just a game. This is college basketball. You’ve got jobs on the line here. You’ve got guys who are on scholarship to play ball. It would be one thing if these were a bunch of high school kids but once you’re playing collegiate athletics? There’s no more being nice just for the sake of being nice. So Edinboro had an advantage here. Tell IUP that they can be skins and hope that throws them off their game a little bit.

Instead, they threw any advantage they had straight out the window. Sportsmanship be damned. We’re here for results. And the result was that they got dominated by a bunch of guys wearing their own uniforms. At that point do you even ask for them to return the jerseys? Or do those just go back to IUP now? Because if you’re an athlete who loves to compete, you can’t feel comfortable with throwing those uniforms back on your body. This other team came into your house, wore your uniforms, and got out of there with a win. Might be a little tough to recruit anybody after that.

And now if I’m IUP, I just keep this thing rolling. Just start traveling light. Show up to every road game the rest of the season without your uniform, wear the other team’s away jerseys and then keep racking up a collection. If it ain’t broke, don’t fix it.