So Kayce thinks it’s bullshit that the world would be obsessed over the size of Kyler Murray’s hands. And she’s not wrong. The fact that the hours of game film of Murray being the best player in college football against some of the best competition a free education at some of America’s premiere institutions of higher learning can buy would be rendered meaningless by his tiny Dooneese hands: 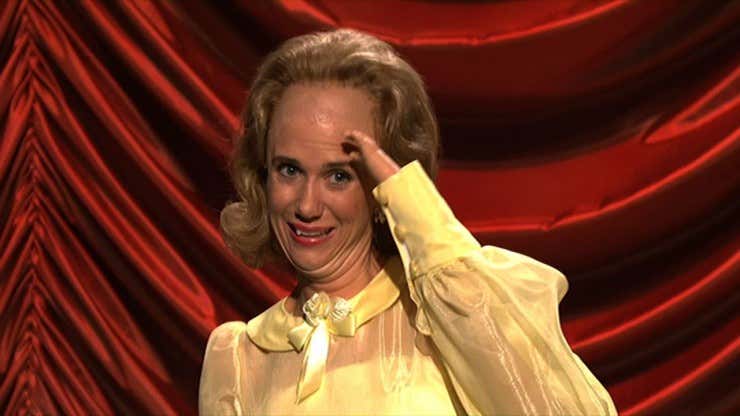 … is pure lunacy. That the sharpest professional talent evaluators in all the land would spend tens of millions of dollars on staff, college scouts, reports, travel, man hours, measurables and film study only to reach a conclusion about a player based on whether it’s 9 1/2″ or 9 3/4″ from the heel of his palm to his finger tip is objectively insane.

But respectfully, it’s also missing the point. Things like obsessing over Kyler Murray’s hand size is bullshit. But it’s exactly the kind of bullshit that makes me love the NFL Combine. Not like. Not be OK with. LOVE.

The Combine is the ultimate Dog & Pony Show. It’s a tale told by an idiot, all sound and fury signifying nothing. It’s medieval monks arguing about how many angels can dance on the head of a pin. Which is its charm. The spectacle that makes it one of my favorite events of the year, every year.

And we need look no further than the Hand Size issue. Nothing sums up the utter absurdity of the measurments like these, courtesy of your newest member of the Hall of Fame, Gil Brandt. Who not only built the Cowboys dynasty of the 1960s, ’70s and 80s, he practically invented the Combine:

Such is the majesty of pro scouting in general, and Combine measuring in particular.

Worried about Murray coming in a 5′ 10 1/8? That would put him at 1/8″ taller than Doug Flutie, who went 92-66 in the NFL when he wasn’t being the best player in the history of the CFL. And Murray has about 27 pounds of muscle on Flutie.

Of course there’s no greater example than that of the Patron Saint of Combine Workout Warriors, BC linebacker Mike Mamula. Who in 1995 ran, lifted, jumped and 3-coned his way out of obscurity and into the Top 10. Before averaging just over 40 tackles and six sacks a year over his five year career.

But we don’t have to go that far back to find a great example of what a colossal waste of time, energy and resources all this is. Remember John Ross breaking the Combine two years ago?

That 4.22 ran him all the way up the draft boards to the Bengals at No. 9 overall and earned him mid-round flyer status in every Fantasy draft in the country. And two years later, 16 career games, with 21 receptions and a not-bad seven touchdowns. And one category he’s led the NFL in. Percentage of passes dropped:

Because there’s a limit to how much you can measure football skills by running guys around in breathable fabrics and having them catch balls spun out of machines with no defenders. As Bill Parcells once put it, if you took the stop watches away from the guys walking around in Indy, they wouldn’t know what do to with themselves. In the end, everyone is guessing on the blind.

And that’s the beauty of it. The pure chaos that comes from a process whereby men who are good at quarterbacking are judged by a tape measure across their palms like they’re getting fitted for designer gloves. Yes, it’s complete bullshit. But I wouldn’t have it any other way.