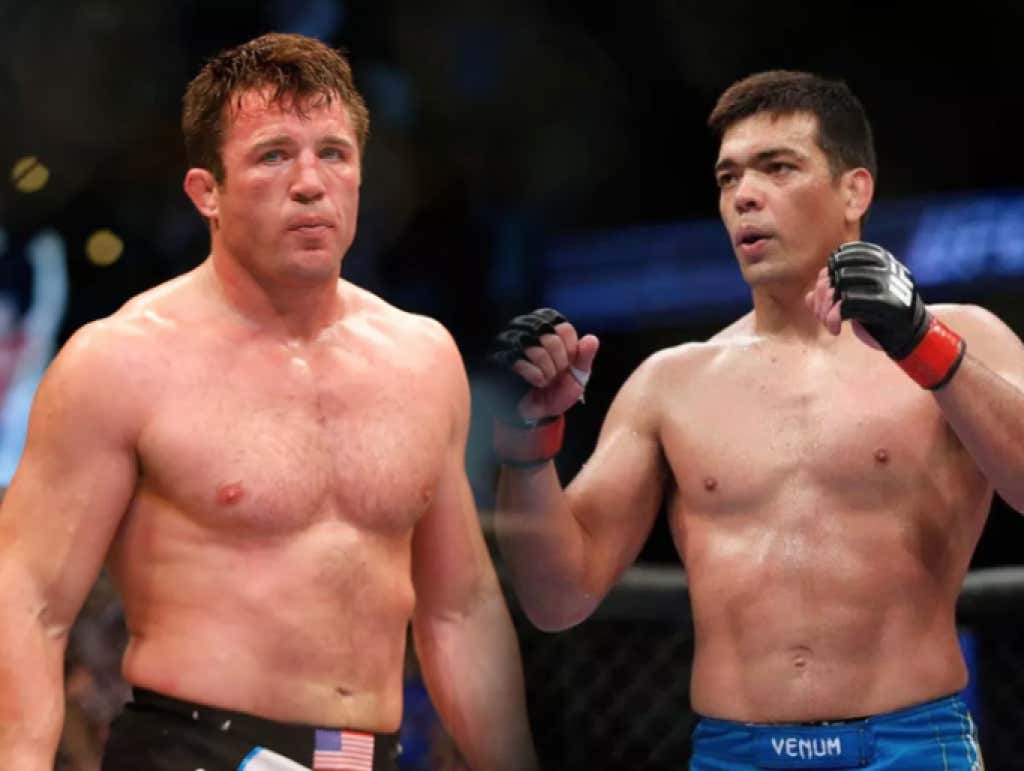 ESPN- “The Bad Guy” will meet “The Dragon” later this year.

Bellator is working on finalizing a bout between Chael Sonnen and Lyoto Machida in the summer, sources told ESPN on Wednesday. A date and location for the fight haven’t been set just yet, but both fighters have verbally agreed to the light heavyweight bout, sources said.

Sonnen (31-16, 1 NC), who also works as an MMA analyst for ESPN, most recently lost to Fedor Emelianenko in the semifinals of the Bellator Heavyweight Grand Prix in October. Before that loss, Sonnen, 41, had won two in a row. Machida (25-8), a former UFC light heavyweight champion, won his Bellator debut in December when he defeated Rafael Carvalho via split decision.

Machida, 40, signed with the promotion after an 11-year run in the UFC. He’ll enter the fight against Sonnen on a three-fight winning streak.

Bellator’s finalizing a deal right now to have “The American Gangster” Chael Sonnen meet Lyoto “The Dragon” Machida in the cage this Summer in a battle of the legends bout. I saw the promotion catch a lot of flack for this on Twitter last night as soon as Ariel Helwani broke the news, with hardo fans crying “cringefest” and spamming the replies with eyeroll gifs, but I actually like this matchup a ton and think it has the potential to be a super fun fight.

It’s not like either of these guys are Chuck Liddell or Tito Ortiz – Machida’s on a three-fight win streak and Chael is looking to rebound from a loss to the one and only Fedor Emelianenko, after making it into the semi-finals of Bellator’s Heavyweight Grand Prix. They’re past their prime, sure, but they’re equally past their prime, meaning the matchmaking here is perfect! Plus, it’s Bellator, so it’ll be a free fight that you’ll probably forget about ’til you’re drunk on a Friday night this Summer, and you see on Twitter that Chael fucking Sonnen and Lyoto fucking Machida are about to throw down. Imagine not watching that?!