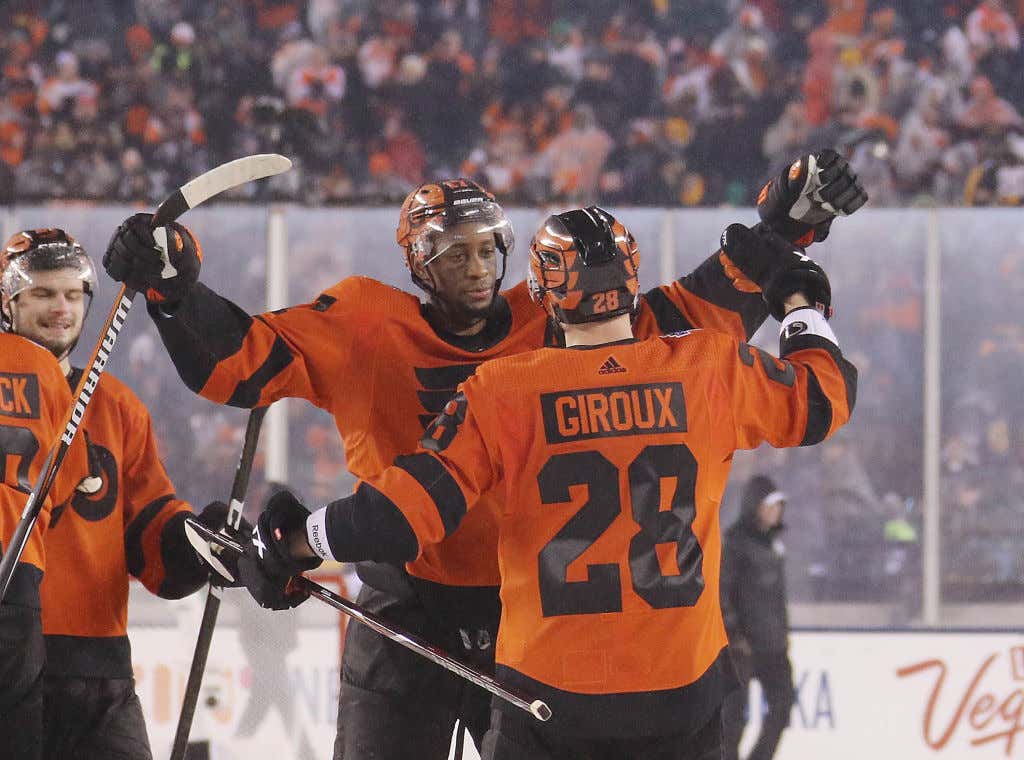 Well goddammit. I was so close to finally getting over the fact that Wayne Simmonds is no longer a member of the Philadelphia Flyers men’s professional ice hockey team. It hurt like a bitch the moment the Stadium Series game was over, knowing that it was most likely Wayne’s final game as a Flyer. It hurt like a bitch when the post-game locker room video came out where Voracek gave the “Player of the Game” helmet to Simmer. And then it hurt like a bitch when the trade was announced just minutes after 3pm on Monday afternoon which sent Wayne Simmonds to the Nashville Predators.

Now after Ryan Hartman’s first game as a Flyer on Tuesday night? Well I was able to at least halfway convince myself that I’d get over this trade because the Flyers had acquired the perfect Wayne Simmonds replacement. Hartman plays the game like a wrecking ball, loves to stir the pot, and has absolutely zero regard for his own well being. He’s just out there to wreak havoc and cause chaos for the boys. He’s almost like Wayne Simmonds Lite.

But then this mic’d up footage came out and I quickly realized that there is simply no replacing Wayne Simmonds. Between what he meant for this team on the ice and in the locker room, you just can never find a true replacement for a guy like that. And now it’s getting dusty as heck in here again.

The good news is that there’s always a chance that Wayne Simmonds comes back to Philly on July 1 once he’s a free agent. I mean it’ll be a little tough to make it work considering Wayne deserves to get paid, but the Flyers need to re-sign Provorov, Konecny, Sanheim and potentially Laughton and Hartman this summer. But they already have close to $9M in cap space right now, Raffl becomes UFA this summer and the team can buyout the final year of Andrew MacDonald. And maybe if the Preds make a run this summer, Simmonds can make himself a couple extra million in playoff bonuses so he won’t be looking to break the bank with his next contract. I mean it’s definitely a possibility. But even if Wayne Simmonds decides to go elsewhere in free agency this summer, he’ll always be a legend here in Philly. What a beast.

P.S. – Sneaky favorite part of that whole video is when Giroux says “I know” after Simmonds says I love you, too. Like yeah, buddy, I know you love me. I’m the captain and I just stuffed home the OT game winner against Pittsburgh.