Jenna Fischer went on Busy Tonight and was gifted birthday presents from some of her old co-stars of The Office. Ed Helms gave her a banjo, Angela a shirt with a loaf of bread on it, Ellie gave her Raisin Crisps, but it was Steve Carell who gave her the greatest gift of all.

I love this SO much. Steve Carell is the fucking man and I would be lying if I said this didn’t make me emotional. The Office ended almost 6 years ago, but I still watch it pretty much every day of my life and seeing the love that these two still share, well it almost brought tears to my eyes. 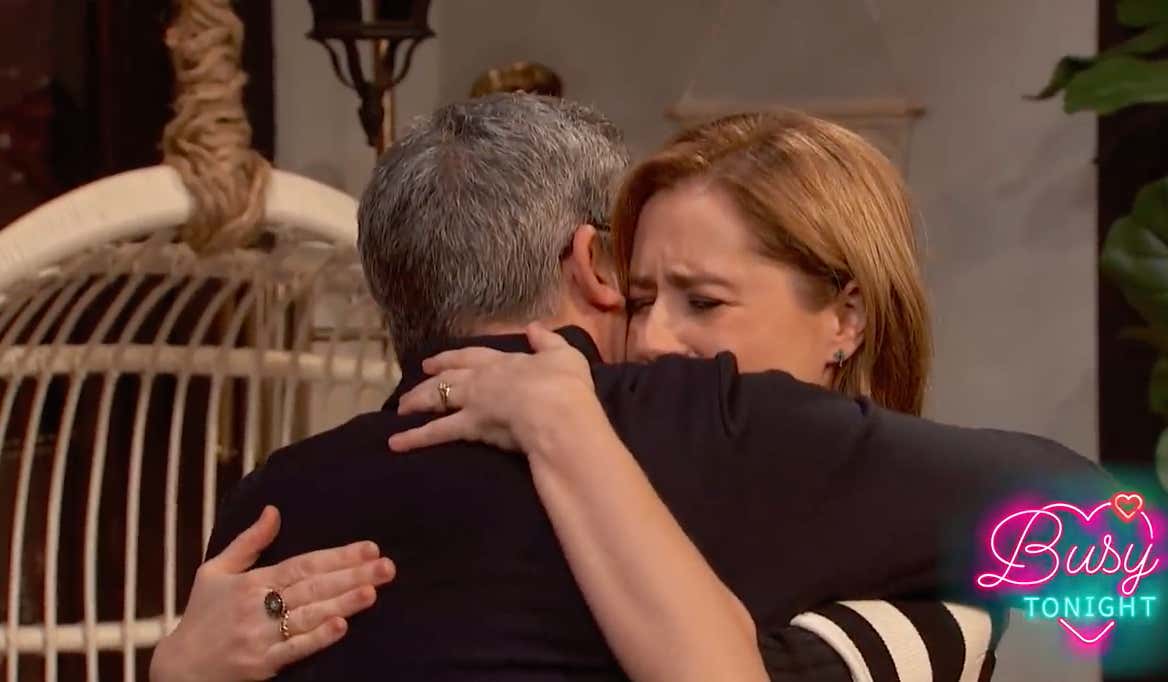 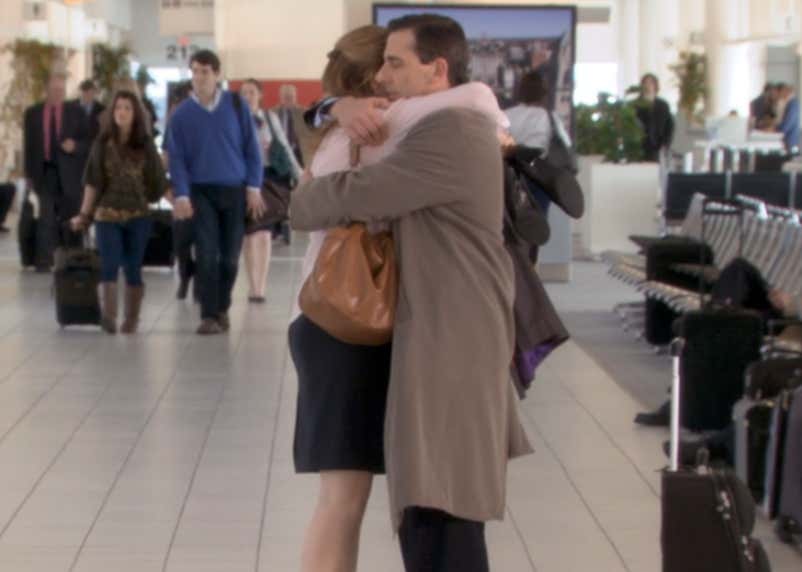 What the hell did they say to one another?!? Jenna Fischer said they were real goodbyes to the real-life versions of each other since Carell was leaving the show, but I still want to know what exactly was said.

And what the hell was in that letter Jim gave Pam!

“Everything you’ll ever need to know is in that note.” 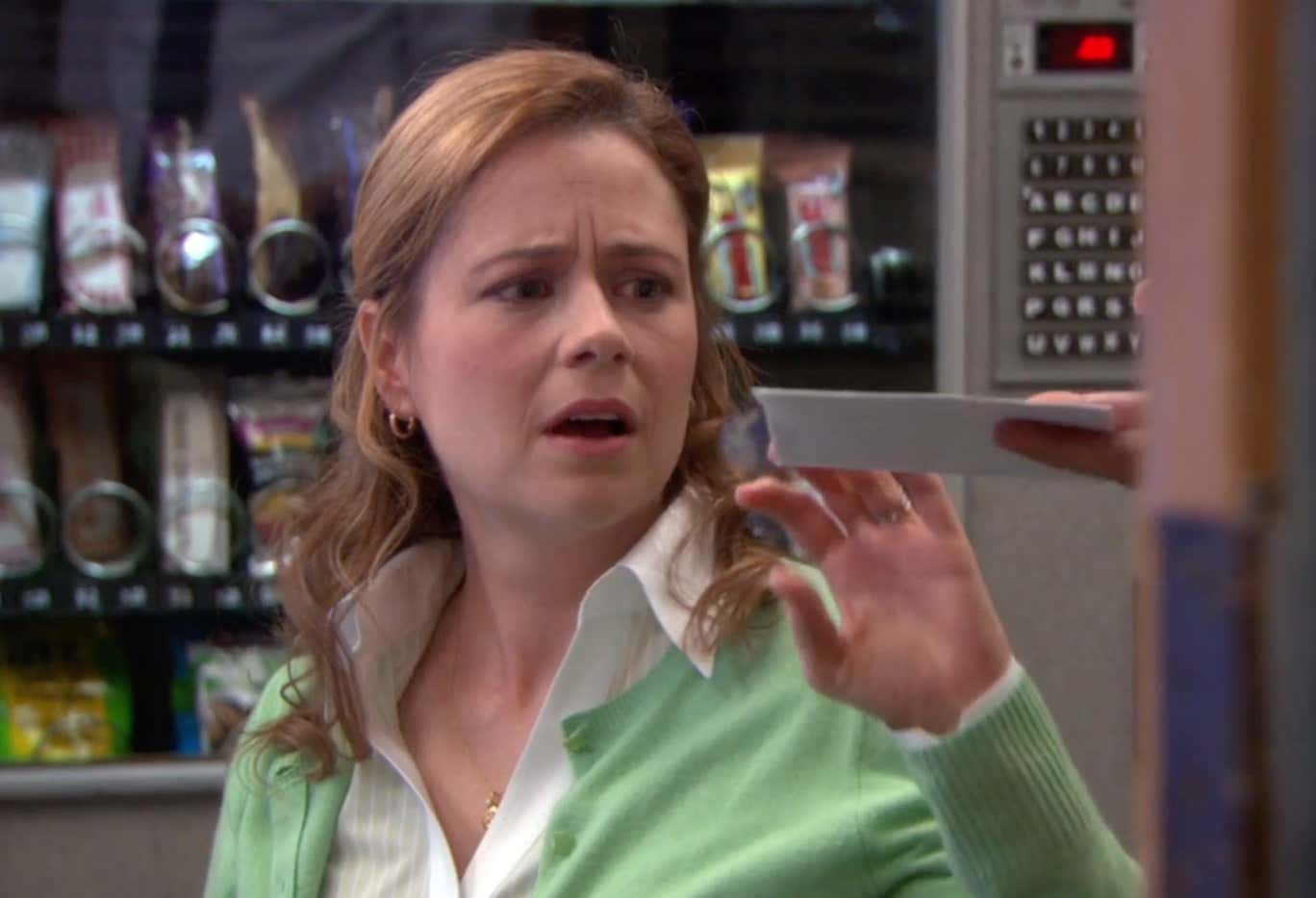 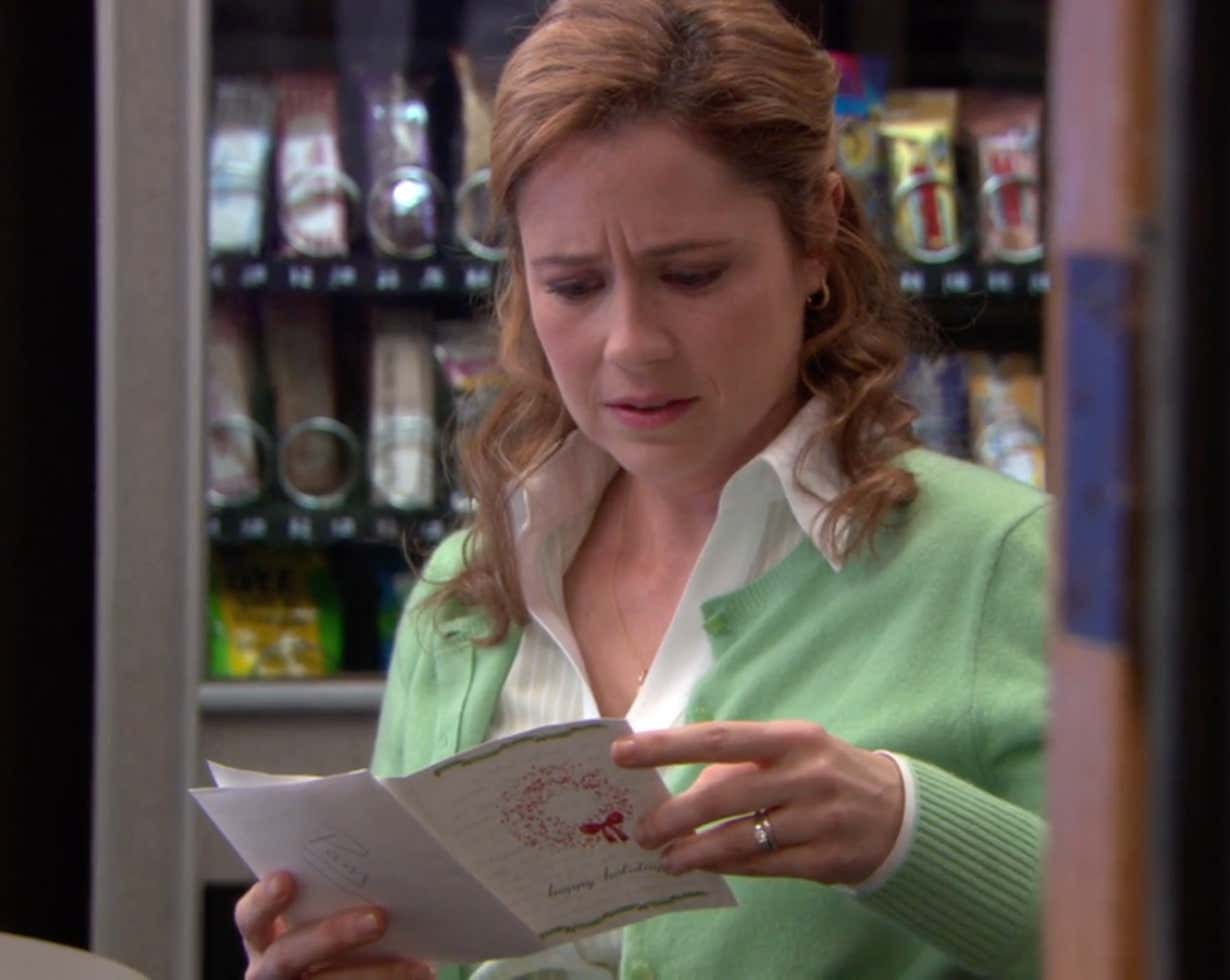 “Not enough for me? You are everything.” 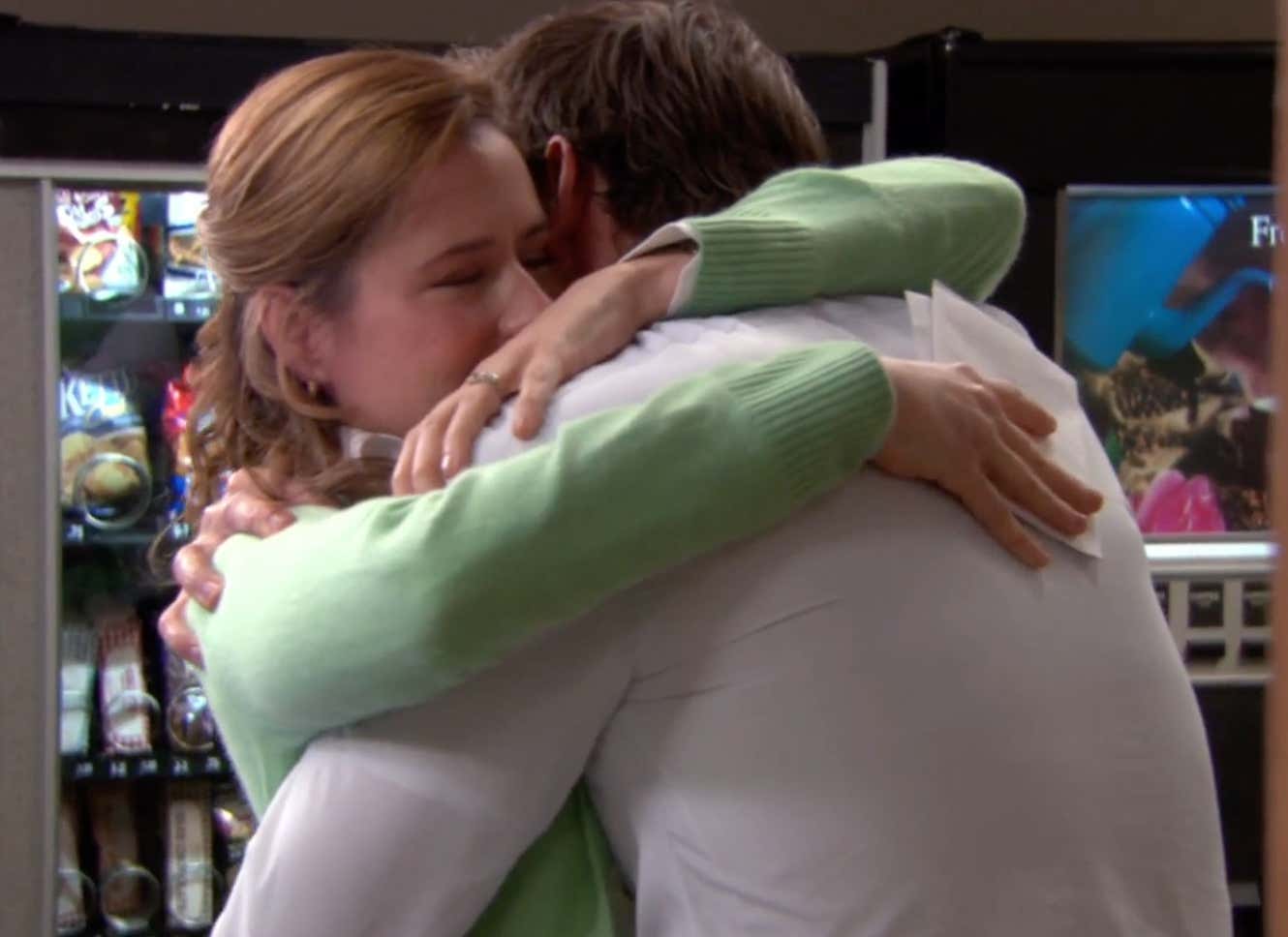 Fuck Pam and her secret hugs.