Folks, the internet detectives are at it again. They are claiming that Lil Xan and his girlfriend might be faking their recently-announced pregnancy.

For those that don’t know, Lil Xan and his girlfriend announced last week that they were having a baby 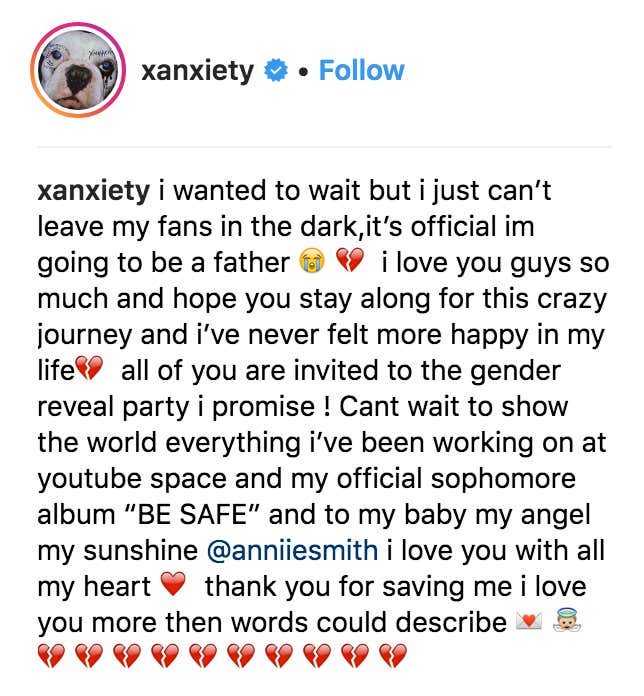 Then on Friday, Lil Xan and his alleged baby mama posted a video on YouTube unveiling first baby pictures

(For the sake of this blog, we’re just gonna pretend like I watched that video)

Awwwwwwwww that was adorable. Just two young lovers sharing their excitement about seeing the first pictures of the little human they created.

But wait, in the words of Lee Corse, not so fast my friend!

Very interesting. Those images sure do look exactly alike.

She explains, “When i posted my YouTube video with my ultrasound pictures, a girl (i’m not going to comment on who) photoshopped them with another persons name, year, birthday etc, and uploaded them to Google.”

“I’m honestly really disappointed that we announced it and now this is the rumor floating around,” Annie shares.

You might be asking, “Why would someone fake a pregnancy?” to which I would respond, “Why would a guy get a bunch of face tattoos or go to the hospital for overdosing on Flamin Hot Cheetos?” The answer is attention. I talked about it in my last blog but creating situations that bring about buzz and attention is a tale as old as time in hip hop. In the past, rappers would start beefs with other rappers or get arrested to create buzz.

Well the game has changed in 2019 mostly thanks to SoundCloud rappers. Guys like Tekashi 6ix9ine have taken things to a whole new level. They blur the lines between what’s real and what’s not. Faking a pregnancy sure doesn’t seem outta the question given what we’ve seen from other rappers from this generation .