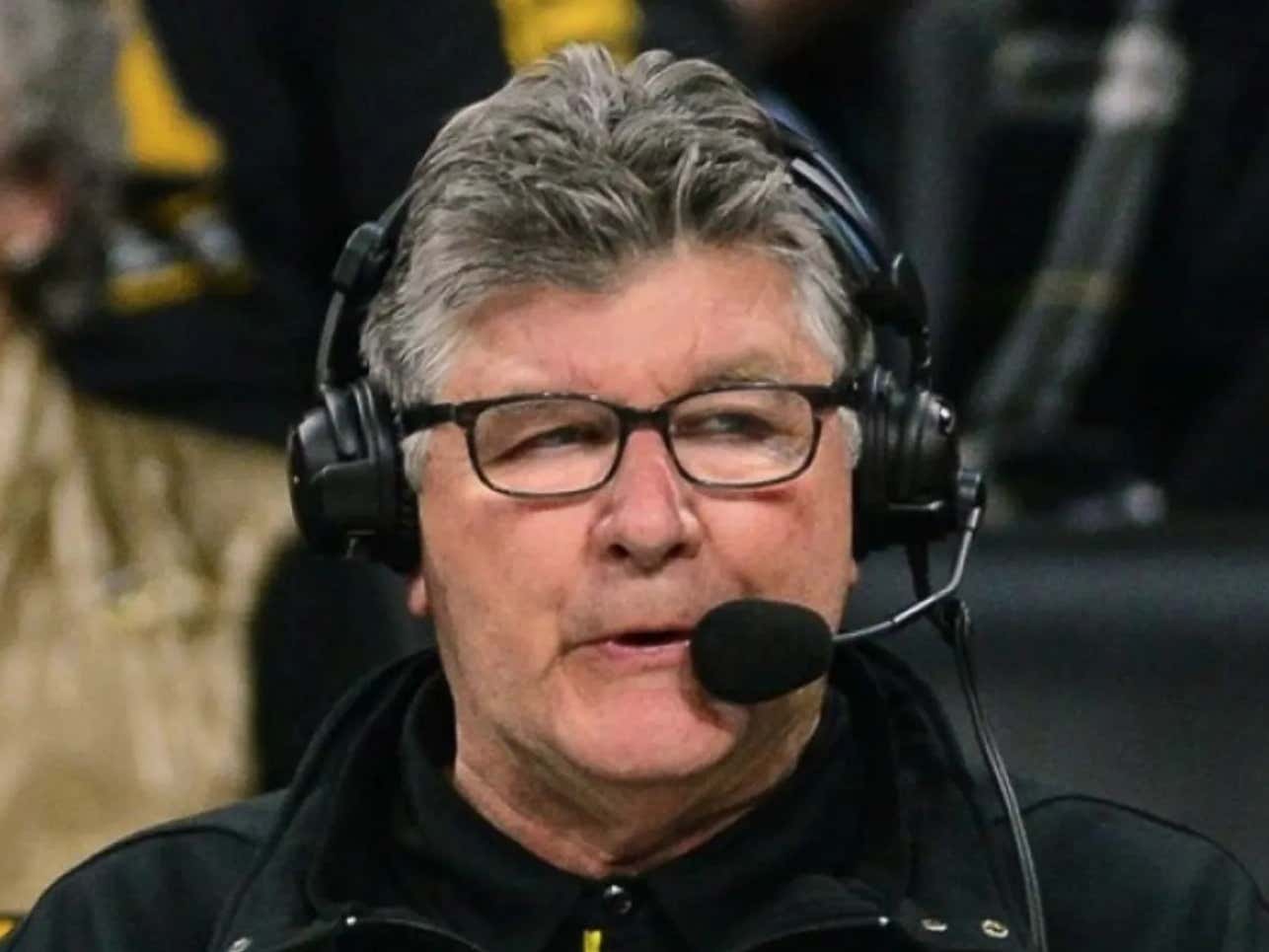 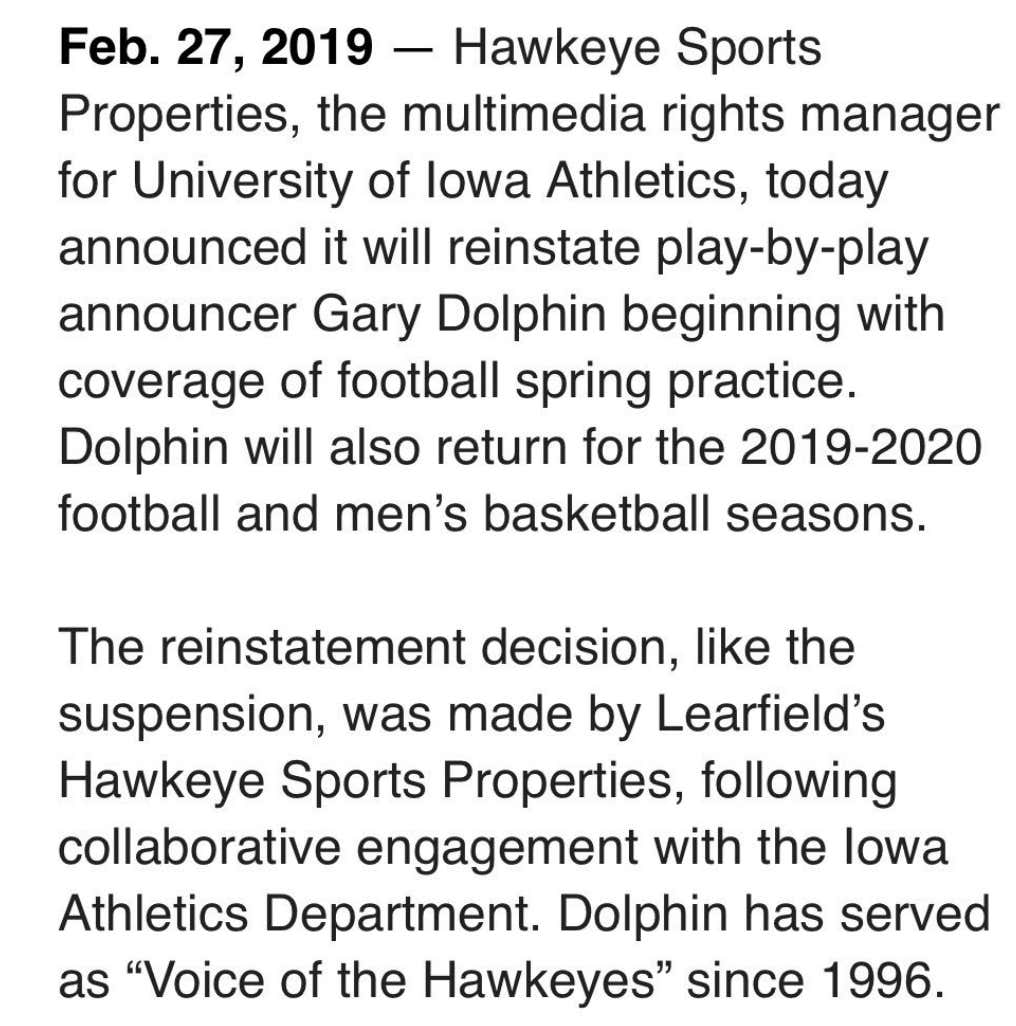 Hawk Central- Longtime Iowa broadcaster Gary Dolphin will return from his suspension for Iowa’s spring football practices, and will be on the mic for both football and men’s basketball games next season, Hawkeye Sports Properties announced Wednesday. Dolphin was suspended from men’s basketball broadcasts twice this season, most recently after referring to Maryland star Bruno Fernando as “King Kong” following a Feb. 19 game. He has been replaced by Jim Albracht for the remainder of this basketball season.

Dolphin and Iowa athletic director Gary Barta will meet with reporters at 3 p.m. Wednesday to address the situation for the first time publicly. Learfield’s Hawkeye Sports Properties made the suspension and reinstatement decisions after discussions with the Iowa athletics department. Dolphin has served as the “Voice of the Hawkeyes” since 1996.

Cool? Cool. Whatever. Not sure if this is supposed to make Iowa fans feel any better but, spoiler alert, it won’t. Gary Dolphin shouldn’t have been suspended to begin with so him not being reinstated until next year’s spring football practice does nothing. For those that missed it, Dolphin was suspended indefinitely for saying Maryland player Bruno Fernando was, “King Kong at the end of the game” Dolphin didn’t say it in a racist way whatsoever, he meant it as a compliment. Then Iowa AD Gary Barta turned nothing into a national story by suspending Dolphin.

The truth of the matter is it was a nothing story that turned into a huge story because of a vendetta Barta has against Dolphin. The extent of their beef is a bit unknown but it first came to the surface when Barta suspended Dolph earlier in the season for mildly negative comments he made about Maishe Dailey. Barta took that opportunity to say that suspension was the result of, “ongoing tensions” that no one but Barta seems to know about.

Bottom line is that this whole thing has been an absolute debacle and it all falls at the feet of Barta. Barta could not have botched it worse. Think about what has happened since the indefinite suspension. Iowa fans have 100% sided with Gary Dolphin, they’ll be without the Voice of the Hawkeyes until spring football during a very fun Iowa basketball season and everybody hates Barta even more than they did before. Bang up job, guys. Really well done.