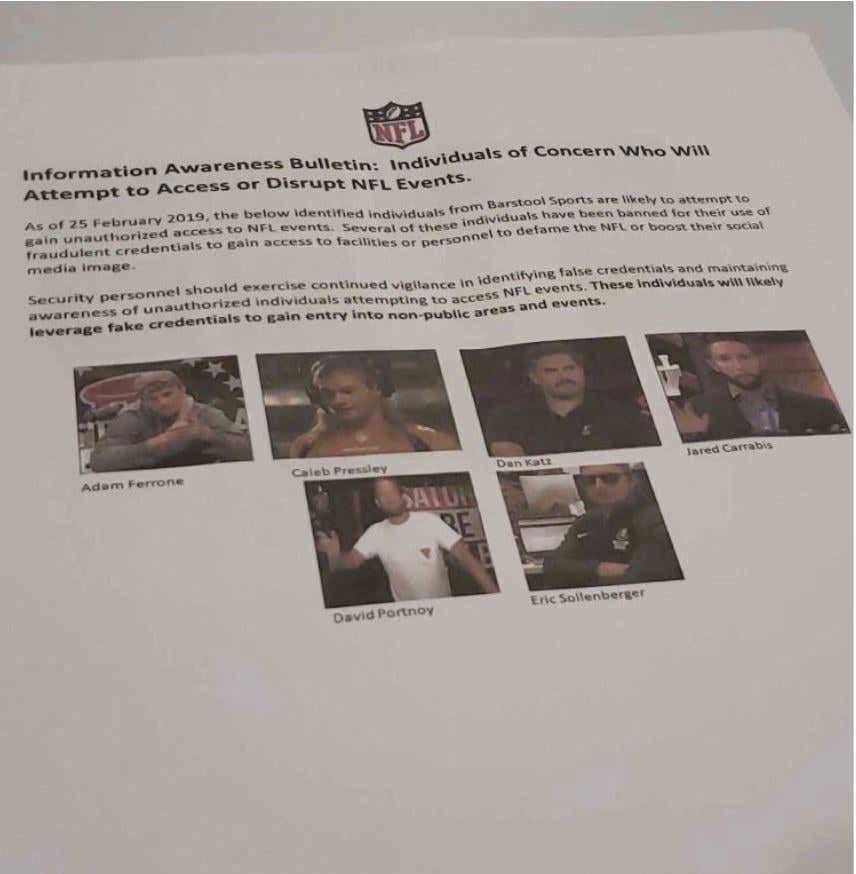 Don’t credit me with this.  From a friend …

I nearly spit out my coffee and I wasn’t even drinking any when I saw this.  Like it’s so preposterous that it can’t be true, but at the same time this is 100% true. I mean I heard that the NFL distributed my picture to all security personal, but it still seemed insane they were that worried about us.  But then this happened.

And the rest as they say is history.  So yeah I think this memo is as real as it gets and I fucking love it.  It’s like we’re bank robbers or something.   I still have to pinch myself sometimes just how rattled Roger Goodell is by us.

PS – Carrabis being on this list is the definition of guilty by association.  And where is Hank, Feits and Gaz?   Major oversight.  That means they may have to be the wheel men next year.

Double PS – Roger Goodell still hasn’t figured out that the only reason we are increasing our social media image is because they keep making this into a bigger deal than the Cuban Missile Crisis.