Damn, you just really hate to see something like this. It seemed like just yesterday the city of Los Angeles and Lakers fans everywhere were over the moon when LeBron decided to take his talents to LA. Everywhere you looked there was mural after mural popping up all over the city 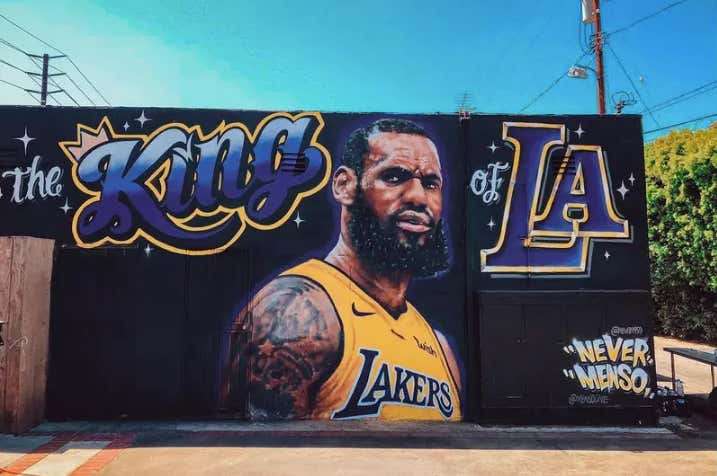 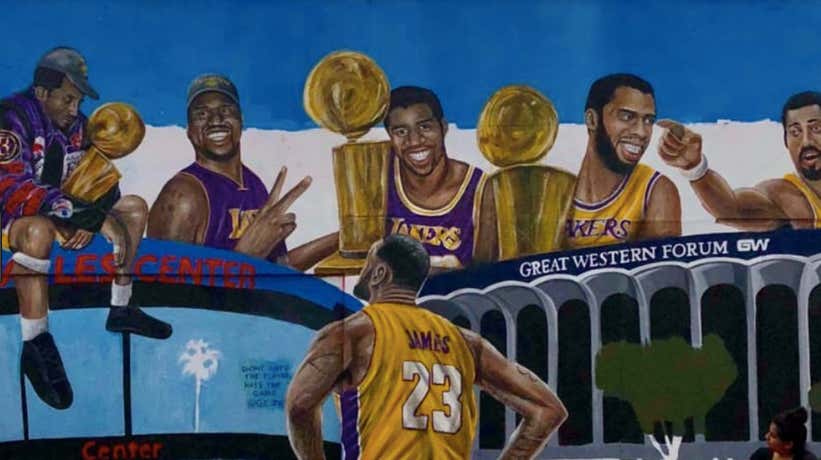 The idea was LeBron was supposed to be the next great Laker that would help bring a title back to LA. Well, here we are just 4+ months later and look at whats happened. The Lakers stink, they can’t even use an injured LeBron as an excuse considering they’ve gone 23-20 with him in the lineup, he ruined their chemistry by trying to force an AD trade, he calls out his teammates despite showing this type of effort

and it appears the city has had enough. Now I know what you’re thinking, that this is just a routine billboard replacement that was always going to happen no matter what the result of last night’s game was. Yeah OK

Let me ask you this. In the history of LeBron, when have we seen his big ass posters be taken down? Since when is it a bad idea to market LeBron never mind the fact that this is right outside of the arena in which he plays? This just so happened to be going on immediately after another embarrassing loss? Doesn’t add up.

Looking back throughout history, there was that time in 2010 when he bailed the Cavs for the first time

so call me crazy but I’m starting to see a trend.

I don’t blame whoever makes this call for wanting to get rid of promoting this guy either. If anything they should be promoting the actual good team in that city and have Lou Williams or Montrezl Harrell on that billboard. They actually try and have a legit shot at ya know….making the playoffs. What a world we live in where Lakers fans have to stomach being passed by the Clippers all because they brought in this cancer. I can’t imagine this is what they anticipated and I’d be lying if I said I’m not enjoying watching the destruction.

That billboard says it all. LeBron had big city dreams and now we know for sure it had nothing to do with basketball. I just hope the Lakers already sent out their season ticket renewals because if history is any indication who knows, maybe LeBron’s Laker tenure is going to be shorter than we thought. I mean if they can no longer market LeBron, and he continues to show he’s a cancer and every star player refuses to team up with him, I think it’s fair to question what the point of even having LeBron on the roster is.

Am I deflecting because the Celtics are playing like shit right now and just got killed by a 16-45 team? You betcha, but that doesn’t mean it’s not true.