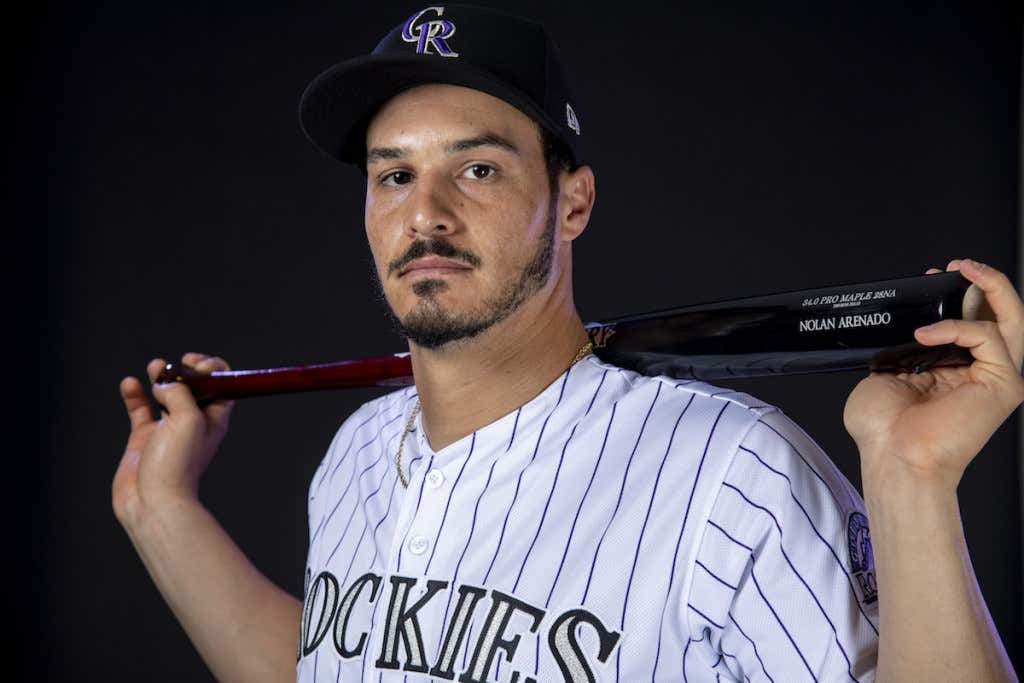 When the ink dries on Nolan Arenado’s contract extension with the Colorado Rockies, he will become the rightful owner of the fourth largest contract in MLB history and the highest paid positional player of all-time by average annual value. With an average annual value of $32.5 million, the Rockies’ third baseman just got breaded the fuck up to stay with the team that selected him in the 2009 MLB Draft.

Arenado was a year away from free agency, so it was going to take a monumental offer for him to forgo the opportunity to test the market as one of the game’s top stars. We kind of figured that any extension offer wouldn’t resemble anything close to a hometown discount, but damn. I am pleasantly surprised with the aggressiveness in which the Rockies pursued their superstar player, especially after they had just shelled out the money to extend Charlie Blackmon last April. There aren’t many players in the league worth ponying up to make them the highest paid positional players of all-time, but Arenado certainly fits the bill and he earned that shit.

And the best part is that if he continues to perform at the rate that he has been over the last four years — .297 with a .931 OPS, averaging 40 doubles and 40 homers with 126 RBI — then he has the opportunity to opt out and become a free agent at the age of 30 and cash in a second time. By then, we’ll know what a Mike Trout free agent contract looks like, so that only means bigger dollar signs for Arenado.

We had the opportunity to sit down with Arenado for an hour last week (full interview dropping later this week), and he spoke about the stigma of playing at Coors Field, his home/road splits, how he’s proven himself as someone who can still mash away from Coors, what makes him tick as a competitor, and a ton more. Be on the lookout for that.

So, I guess we won’t be talking about it in 2020 after all. We’ll have to wait until he opts out in three years. Also, I’d be lying if I said that I don’t feel directly responsible for this contract extension coming to fruition. Can you SEE the passion and excitement in his eyes when we’re about the idea of being a part of the Red Sox-Yankees rivalry? He was all in. Wanted it so bad. The Rockies saw that, panicked and opened up the vault to make him an offer that he couldn’t refuse. You’re welcome, Nolan. My Venmo is jaredcarrabis.