Do I fully understand what this means? NOPE. What I do know is that Elon Musk is being an idiot again. The guy can’t stop tweeting stupid shit all the time. It’s almost like Elon Musk is a masochist. Or he’s just an idiot who needs to learn when to stop talking.

Here’s what I wrote about in a blog titled Elon Musk Is Taunting The SEC On Twitter After Settling Fraud Charges, How Will This One Backfire?

Elon Musk has clearly never heard the saying, “let sleeping dogs lie”. He literally just got done settling fraud charges with the SEC that saw him pay 20 million dollars, Tesla paid another 20 million dollars and Musk had to step down as chairman of Tesla and he’s STILL acting like a total asshole on Twitter. He’s taunting the SEC like a child and calling them Shortseller Enrichment Commission. No way this backfires, right? OF COURSE IT’S GONNA BACKFIRE. Each and every time Elon Musk has taken to Twitter, it’s backfired.

So now he thinks it’s a good idea to taunt the SEC? This would be like if a drug dealer just escaped charges from the DEA and then tweeted, “More like the Dummies Exclusive Agency lol” but that would never happen because it’s the dumbest thing ever! The DEA would kick down that drug dealer’s door and haul him off to prison forever. Whatever the SEC equivalent to that is what’s going to happen to Elon Musk now.

And that’s exactly what happened. Elon Musk got on Twitter, tweeted something stupid AGAIN and guess who was there waiting to jump on it? The SEC. Duh. I don’t know much about this stuff (despite blogging about it all the time like I do) but I do know you don’t taunt the SEC. They’ll ruin your life.

Apparently these are the tweets the SEC is pissed about 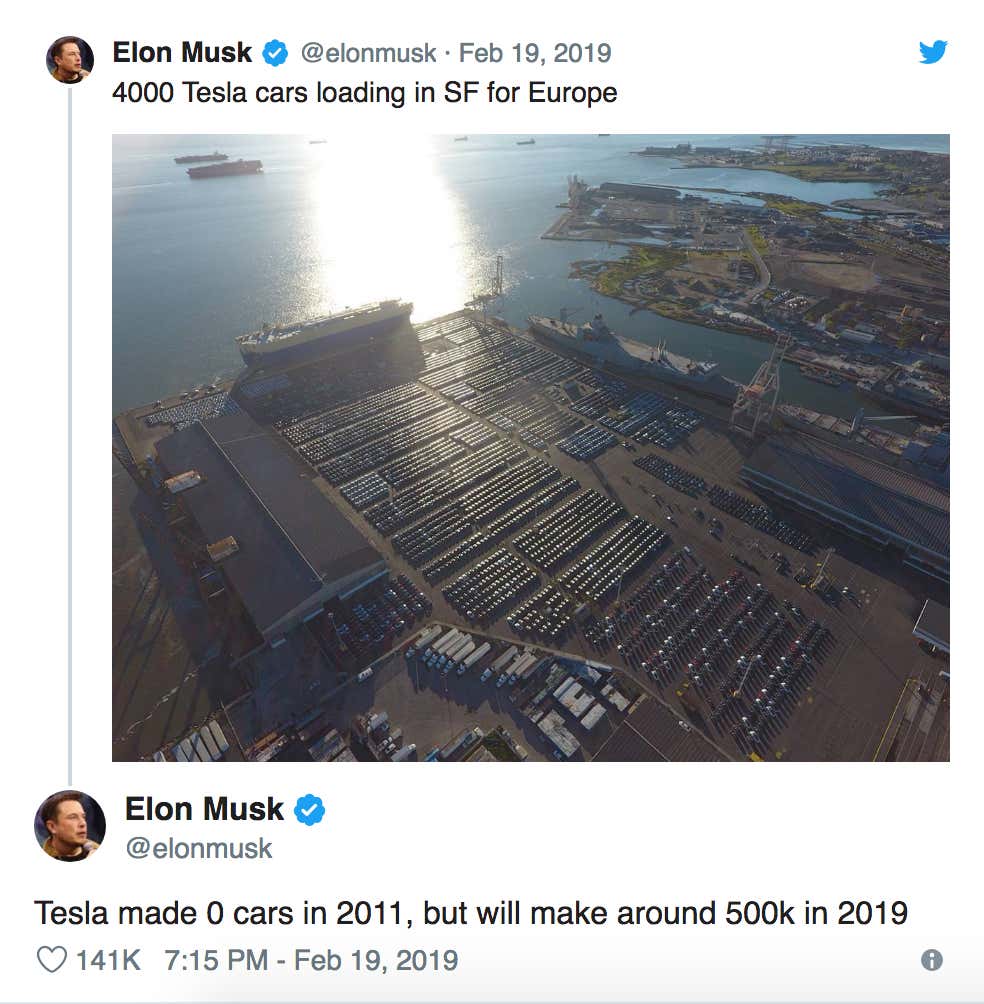 This is what the SEC is claiming

The CEO said that Tesla would make “around” 500,000 vehicles this year, clarifying about four hours later that he “meant to say” the company’s annualized production rate at the end of 2019 could be around 500,000 vehicles — or a production rate of 10,000 cars per week. Total deliveries for the year are still estimated at 400,000, Musk said. “Musk did not seek or receive pre-approval prior to publishing this tweet, which was inaccurate and disseminated to over 24 million people,” the SEC wrote in the court filing. The Securities and Exchange Commission settled charges with Musk and Tesla over the CEO’s aborted bid to take the company private last fall, with the billionaire remaining at the helm of the company but relinquishing his chairman title and getting slapped with a $20 million fine. As part of the settlement, Musk was supposed to get pre-approval for future tweets.

Elon is supposed to get approval for all his tweets LOLOLOLOLOLOLOLOLOLOLOL What a loser. What a big loser man baby who can’t even tweet without getting burped by the SEC first. Hilarious. Oh and you’re saying Elon made an inaccurate claim about how successful Tesla was gonna be? Wow. Stunning.

You hate to see this