Big time buckle up warning, my friends. Just last week I was yelling at Radio Bren for not buckling up on the track at Daytona. We were set to go well over 120 miles per hour and Bren was checking in on Four Square like every other rowdy teen on the block.

“Bren, buckle up, you idiot! I love you, for Christ sake.”

“Chaps, I gotta check in. I get mad clout from my friends online.”

“Bren, buckle up or Rusty Wallace isnt gonna put his foot on the gas.”

“That’s right, Bren. Safety is paramount in the pace car.” That’s Rusty Fucking Wallace. I think he knows a thing or two about vehicle safety after being 9th in career points on the NASCAR cup series. 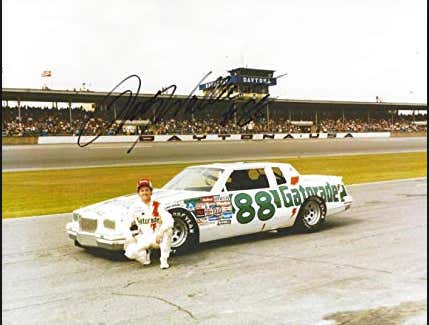 It was disheartening but worth it because Rusty and I really hit it off. I told Bren to buckle up because, for every story like Karl-Anthony Towns, you have a story about someone who wasn’t as lucky. Do everything you can to stay safe on the streets especially when there’s snow on deck.

Bonus section of the blog: Insane that Karl-Anthony is the first name. I thought that it was Anthony-Towns and that Karl had a super woke mom. The hyphenated first name threw my brain into a tailspin and I’m likely never to recover. Karl-Anthony. Incredible.