Source – Robert Kraft’s facing charges for allegedly soliciting a prostitute in Florida, but he doesn’t seem too concerned … because he’s on the opposite end of the country living it up.

We got the New England Patriots owner as he was leaving Barry Diller’s pre-Oscars party Saturday afternoon in Beverly Hills … he hurried to his ride and was mum on being implicated in a prostitution sting Friday. …

The scandal’s apparently not stopping Kraft from hitting up Hollywood hot spots this weekend, though … just business as usual.

I ask you, are these the actions of a guilty man? If Mr. Kraft had, in fact, committed the misdemeanor, unjailable, punishable-only-by-fine offense of rolling over at the end of a deep-tissue massage and accepting the Happy Ending  – which he categorically denies – would he be traipsing around the biggest and most exclusive pre-Oscar insider bashes? Would a guy involved in a sex scandal, however minor, be showing his face in Hollywood given the current climate? Not on your life. Hell, Casey Affleck didn’t even show up to present an award last year and he was one of the biggest swinging dicks in the town as the reigning Best Actor champion. Because a guilty man will run from the truth. He’d hide his shame behind the walls of his mansion. They all do.

Which proves my point that Mr. Kraft is an innocent man. Framed by the authorities who reportedly were all concerned about victims of alleged sex trafficking. Just not enough to, you know, free them during a supposed eight month investigation. Until the moment they slap the name of one of the world’s most influential men on it. Then they issue a press release and congratulate themselves for their brilliant work.

Well here’s all you need to know about how clear Mr. Kraft’s conscience is. It’s crystal. He’s still top dog in Hollywood on the biggest night of their year. He’s still being the OG he’s been since he built an empire out of the ashes of the worst franchise in sports. He’s the Notorious RKK. Dr. Dreidel. Probably getting free handies from every leading lady in Hollywood, with more to come at the after parties. Then he’ll come back East and prove his innocence. 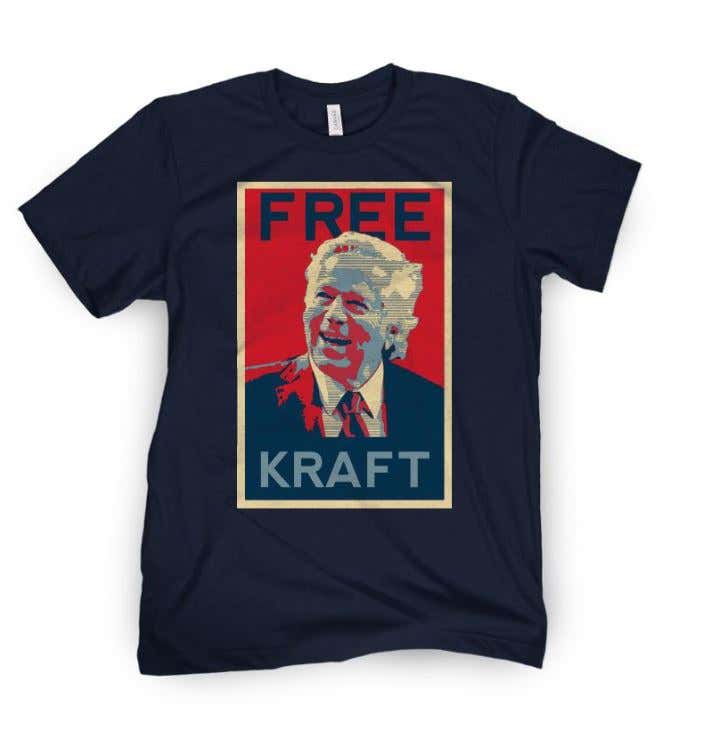