This may have evaded you, but Jim McElwain is the new head coach at Central Michigan. They introduced him with the cringey video above. He also has debuted a new goatee: 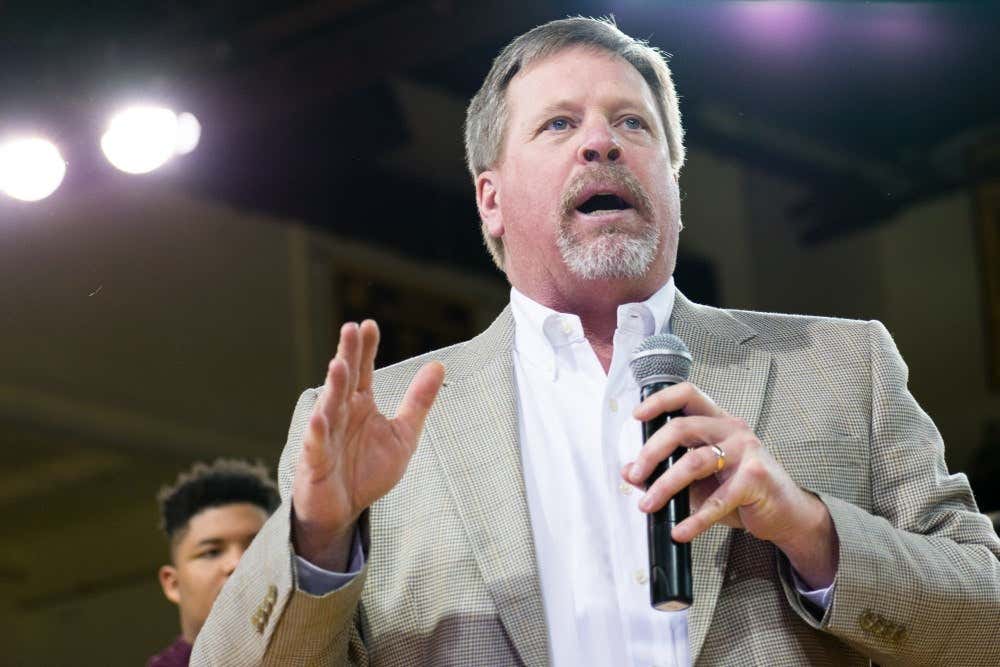 I would call this the second midlife crisis for McElwain. The first was when he decided to (allegedly) fuck a shark.

Central Michigan went 1-11 last year (nottttt great!), so McElwain has a lot of cleaning up to do. His approach? Motivate the players with dead fish from Kroeger:

SOURCE-McElwain, since being hired on Dec. 2, has set a “no dead fish” policy in the office, on the football field and in each positional meeting room. Essentially, it’s intact everywhere.

“Go ahead and walk by Kroger and take a look at the faces on those fish,” McElwain said. “If you come into the office like that, get the heck out. There are no dead fish. I want guys with energy and excitement.”

Yesterday, we saw the story of Last Chance U coach Jason Brown motivating his German player by saying “I’m your new Hitler.” Today, we are getting motivated by dead fish at a supermarket that is, also, apparently a pet shop. That’s #MACtion for ya. You never know what’s going to happen.