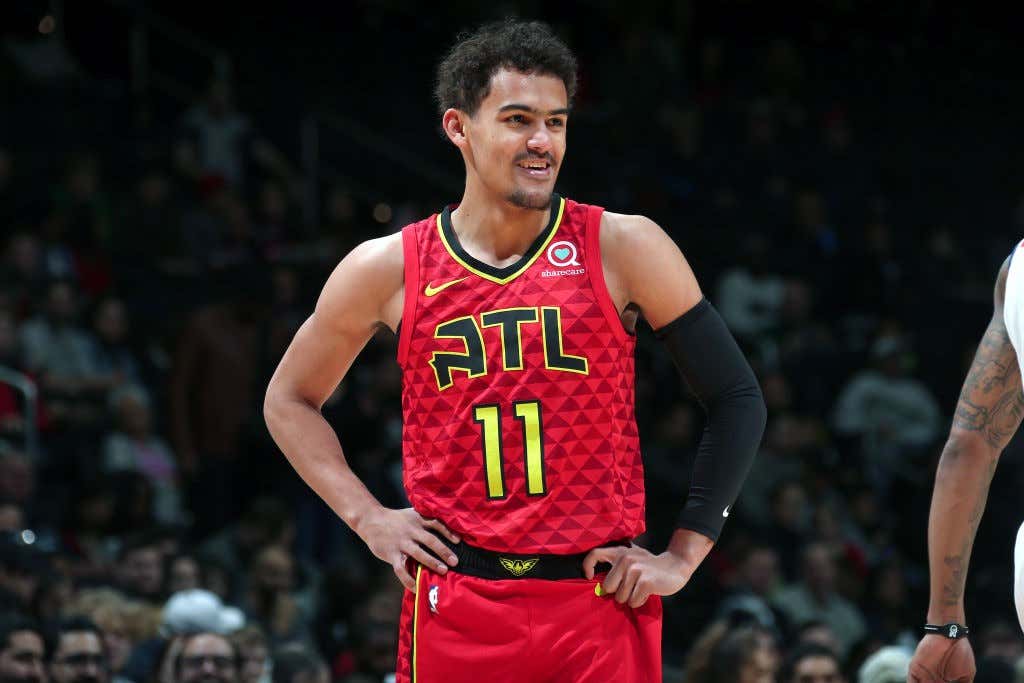 Once Zion got hurt the other day NBA players took to Twitter to give their support and to voice their opinions on what he should do for the rest of the year. I don’t really care either way and you shouldn’t either, but at the time Trae Young fired off this tweet

Whatever, no big deal. He’s certainly not the only one who feels that way. Well because this is the world we live in that clearly didn’t sit well with some people who work in the college basketball space. I’ll admit, I don’t really pay too much attention to college basketball outside of watching my Sun Devils continue to disappoint me like they’ve done for the past 15 years, and I’ll watch the big time matchups when they’re on TV and stuff like that. My friend is dating Jon Rothstein so I know who he is, but I can’t say I’m familiar with every college basketball talking head. So when I saw this interaction on my timeline today, I legit gasped.

To be honest I have no idea who Gary Parrish is. He could be the Skip Bayless of college basketball for all I know and statements like this may be part of his schtick. Even if that’s the case, what an all time clap back by Trae Young. To think that he and Zion are the same is absolutely crazy and I say this as someone who doesn’t even watch college basketball all that much. I had no idea who Trae Young was before he got to Oklahoma. I would very much agree that he needed to play the entire year and be on that showcase consistently in order to prove he could play. I’m not sure that’s even debatable. To think he should have just shut it down and that he’s the same as Zion is lunacy. You know why? Everyone with an internet connection has known who Zion is since he was like 14 years old. He is NOT someone that had to grind and prove himself at the college level in order to find his way into the NBA. Zion could have had a Kyrie Irving situation and played 11 games at Duke and he’s still the #1 pick. To me, that’s why it’s a little different when it comes to the idea of him shutting it down.

So even though I may not know who Gary Parrish is, I do know a fantastic social media burial when I see one. I mean what could he say really to even try and salvage himself here? He probably didn’t even think Young would see it since he didn’t @ him, but oh how he was mistaken. I had no idea Trae Young could dunk like this but woah buddy this was a great poster. Safe to say the general public and fellow players agree

So let this be a lesson to any other talking head that wants to go this route. I suggest you don’t. Mostly because it’s incredibly stupid, but also because Trae Young is not afraid to put you 6 feet under and expose you to the entire internet. Well done Trae, well done.