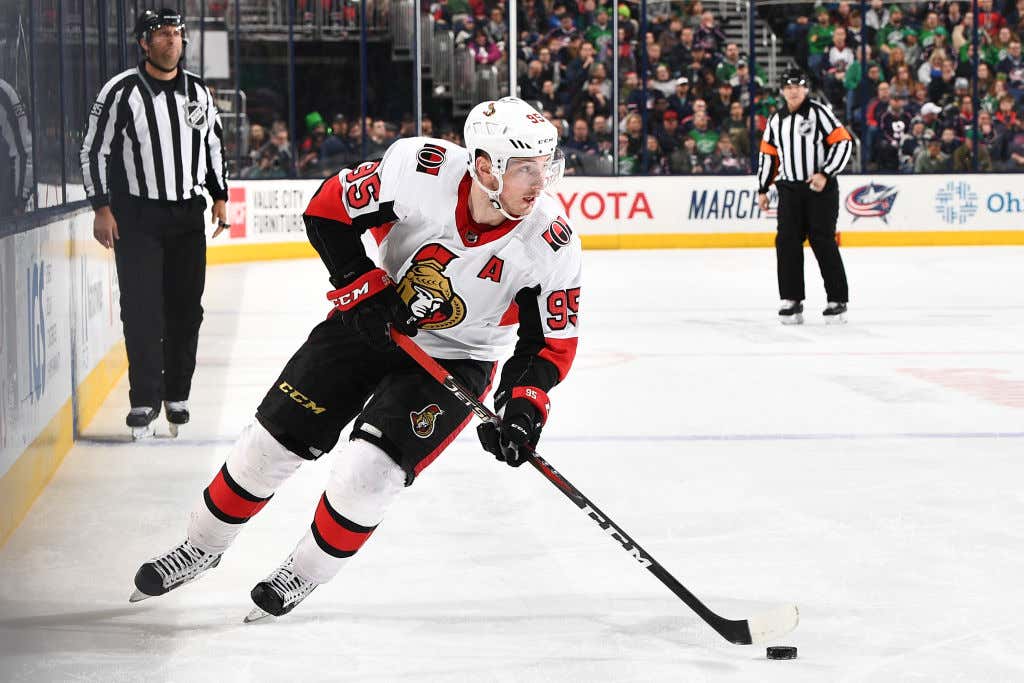 I really hope Matt Duchene doesn’t end up shitting himself over this news because his new bench boss isn’t necessarily the best guy at keeping those uncontrollable bowel movements a secret.

But here we go. The 2nd round of the Ottawa Senators dismantling has officially begun. Over the summer we saw them get rid of Erik Karlsson and Matt Hoffman. And now Matt Duchene is the first piece to go, with Mark Stone and Ryan Dzingel still camped out at the airport just waiting to be told which flight to hop on. Luckily for Ottawa they have a few young studs already in the lineup and a few more just waiting in the pipeline. But when you go back and look at this team’s roster from the 2016-17 season and then look at it today, I honestly can’t remember a team with THIS much overhaul in just 2 seasons. And like major, major players being moved around. It’s pretty wild but Ottawa is currently in 31st place in the league and they don’t have their own 1st round draft pick for 2019 so they need to just start picking up as many 1st rounders as they possibly can.

As for Columbus? Well everybody knows at this point that they are going to be losing Artemi Panarin. So how do you replace a 27-year-old pending UFA who has 67 points this year? They went out and they grabbed a 28-year-old pending UFA who has 58 points this year. Granted, they play different positions but if you are going to lose Artemi Panarin, well then replacing him with Matt Duchene is probably as good as you’re going to get. The Blue Jackets were able to do that and, at least according to Portzline, it seems like they think they’ll be able to get him to sign long-term there over the summer. Which makes complete and total sense considering Columbus already has about $6M in cap space available, they’ll be losing Panarin’s cap hit and they’ll most likely be losing Bobrovsky’s $7.425M as well. So the check book is wide the fuck open for Matt Duchene now. Must be nice.

The one thing to keep an eye on here is how Duchene does with John Tortorella. From his time in Colorado, it sure as shit doesn’t seem like he was a huge fan of Patrick Roy being an absolute maniac on the bench every night. Now he goes to Columbus and…well…I mean nobody thinks “calm, cool, collected” when they think about Torts. With that being said, Duchene probably also hated his time in Colorado because the team was terrible. Columbus is going to be nice and loaded for the playoffs here and if there’s one thing about winning, it’s that it takes care of everything.