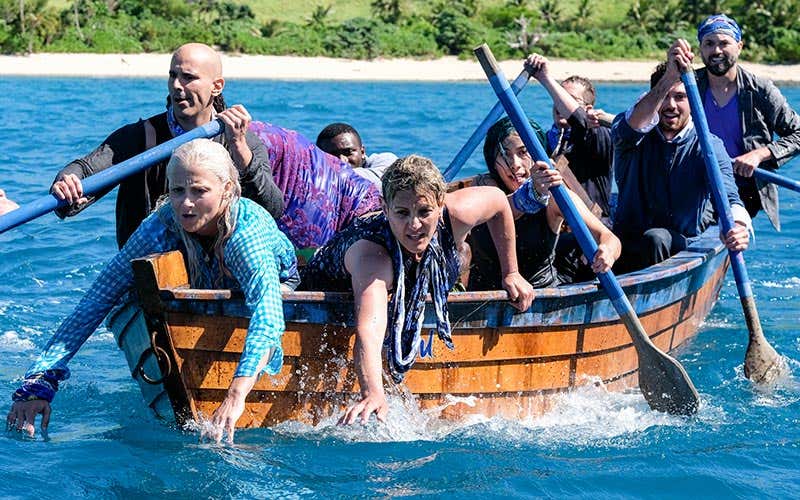 Survivor: Edge Of Extinction premiered last night. I had a full preview and cast assessment yesterday. I was a little nervous about the twist, but last night’s episode delivered. The first episode of the season is never too great. Pre-merge can feel like a bit of a drag sometimes before it really kicks into full gear.

Jeff launching the season is automatic chills though.

Right off the bat, we had the classic boat scene and scrambling for materials. Ron the teacher found a secret advantage, which was revealed to be an “Advantage Menu.” It must be used by the third tribal council, and he has three options: steal a reward, get an extra vote, or Individual Immunity (so basically the power of an idol). He would be an absolute moron to use it for stealing reward. It might be useful as an extra vote if his alliance needs a swing vote, but the safest option is probably using it for immunity. I don’t love the advantage menu. It’s a little too “new-school” for my liking, but at least it’s not overly powerful.

There are two tribes of nine with two returning players on each. Joe and Aubry on the yellow tribe, David and Kelley on the blue tribe. I usually refuse to ever learn tribe names and just go by the colors. I will break this blog down by giving my thoughts on each tribe, then recapping the Immunity Challenge and Tribal Council. 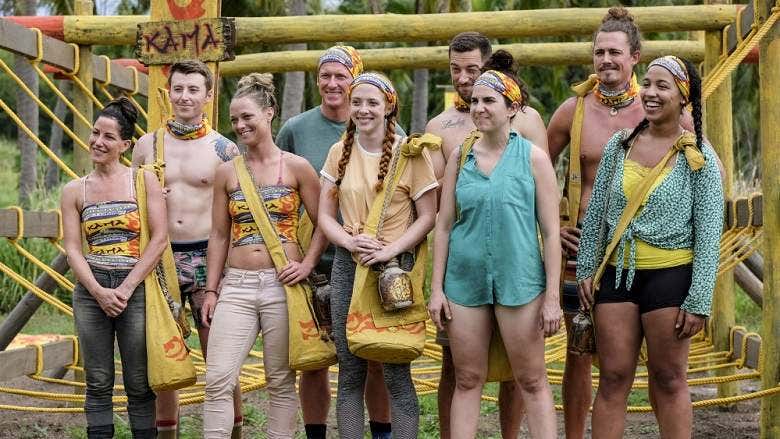 I mostly could not be any prouder of my cast assessment so far. One possible miss was Julia. We got a nice moment from her early on. She explained how she’s a mom from New York, but doesn’t want to just be thought of in that “mom role.” It was a nice scene which makes me think she might be around for awhile. I will bump her up in my power rankings. Her successfully chopping a piece of bamboo gave us this electric moment.

Ron will be a fun character and fan favorite.

Gavin and Eric formed a strong bond immediately, two people I pegged as potential favorites. Eric was perturbed at how everyone was following Joe and Aubry since they’ve been through it before. He wanted to learn on his own, and mentioned wanting Aubry out. This could be dangerous for him. Like I said yesterday, people are just naturally drawn to returning players. Leading an early revolt against one of them could smell trouble.

Joe and Aubry both played smart off the bat. They just laid low and let people rely on them for their experience. Smartest way to play it as the only returnees in a tribe of newbies. 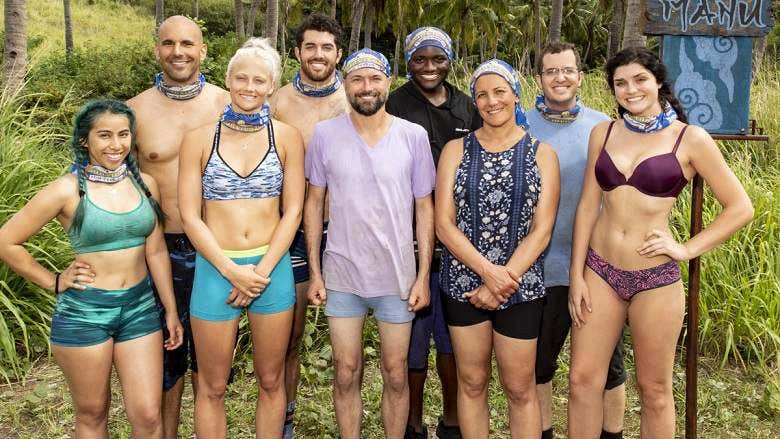 So I predicted Wendy to be annoying just because of her blue hair. Didn’t know she had Tourettes. Kind of made me feel bad and that I can’t dislike her now. That being said, she is a bad player. Immediately put herself in the minority and then defended the person she was on the chopping block against (Reem). Plus, Wendy’s condition probably doesn’t bode well for her. Come, say, Day 27, when people are starving and sleep-deprived, I can see people maybe getting agitated with her.

Keith immediately tried to make Reem his mom, kind of a weird move. He’s going to have a tough time lasting 39 days; I expect plenty of waterworks from him throughout the season. Keith, Reem, and Wendy all went swimming together right in front of everyone. Such a dumb move! The six left on the beach were like “Alright so let’s just make us 6 an alliance and get the numbers.” Never isolate yourself in a minority in Survivor, especially early on. Just always follow the crowd.

I may have underestimated The Wardog. He’s not as out there as I expected. He’s going to be a smart player. It’s easy to get a Tony Vlachos vibe due to his look and being a New Yorker. I was pretty spot-on with Rick. He will be a lovable, fan-favorite with funny confessionals.

David and Kelley played similarly to Joe and Aubry. People were drawn to them and they got in a majority. Kelley and Lauren formed a connection, not the ugliest alliance of all time. Side note: David looks like grown-up Stewie in Family Guy, which he apparently helps write. 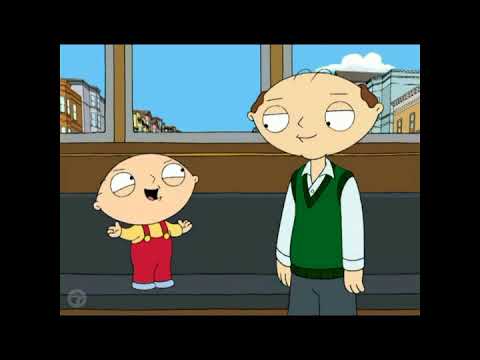 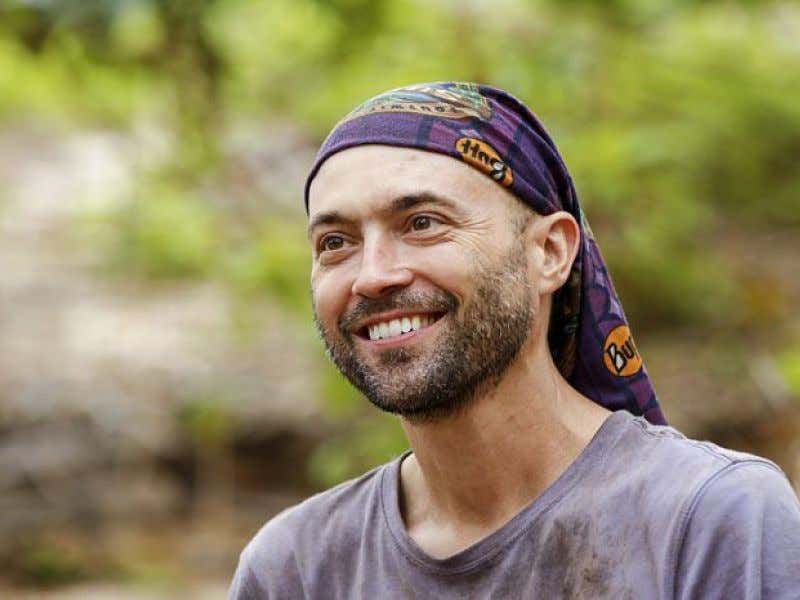 I don’t know how much those pictures do it justice, but it’s just true. 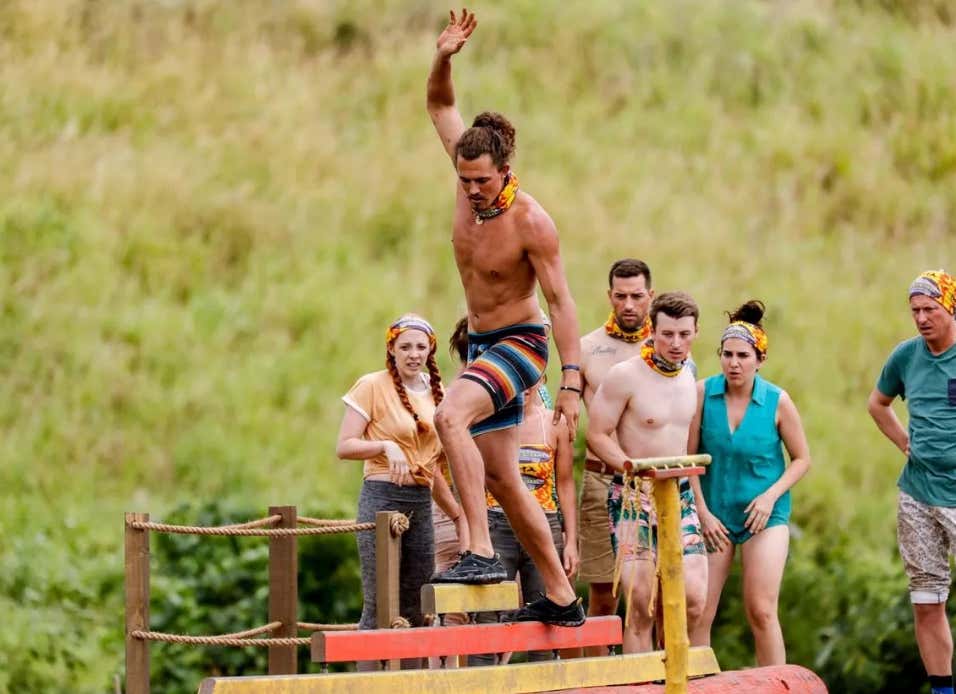 Joe’s yellow tribe won immunity. Really no reason to recap it. People who only watch Survivor for the challenges are what I like to call – “brainless.”

Manu was headed to tribal. It came down to Wendy or Reem. Neither were great for challenges, and both, especially Reem, were rather annoying. Wendy for some reason was campaigning to keep Reem around. Ultimately, Annoying Reem annoyed her way into an exit. You can’t be moving people’s stuff around. You can’t argue at tribal about how not argumentative you are. It became very understandable why she lists “neighborhood security” as a hobby. It was an easy choice to boot her.

Then we saw the twist. 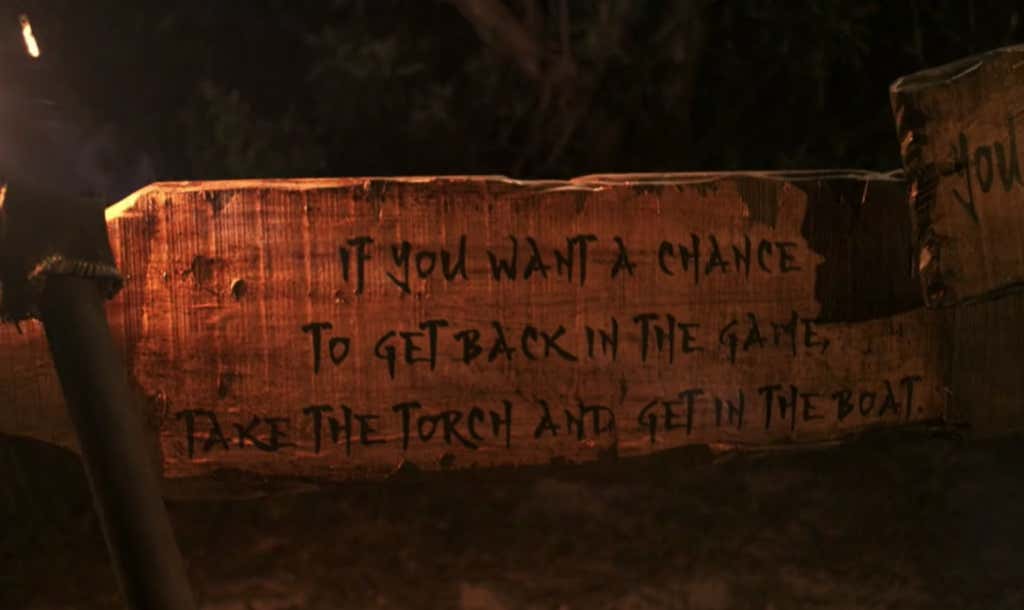 Reem, like any sane person would, chose to stay in the game. She didn’t know what was about to hit her though. She got in a small boat and was dropped off at a deserted island in the middle of the night. She had just her torch and this little thing of shelter. She openly wondered “what is this?”

I was skeptical at first, but I found the twist very funny. Maybe it’s just because of how annoying and unlikable Reem was. But her getting dropped off there with NO information made me laugh. Would love to see how the island plays out.

I’ll keep a running ranking all season of who I think has the best chance to win. This is not a power ranking of who’s least likely to get voted out next. It’s power ranking who can actually be Sole Survivor. It’s based on what us superfans call “edgic.” It’s a mix of logic and edit, paying attention to how certain people are portrayed and if they have that coveted “winner’s edit.”

I am going to leave voted out players in the rankings since they’re technically still alive, just at the bottom.