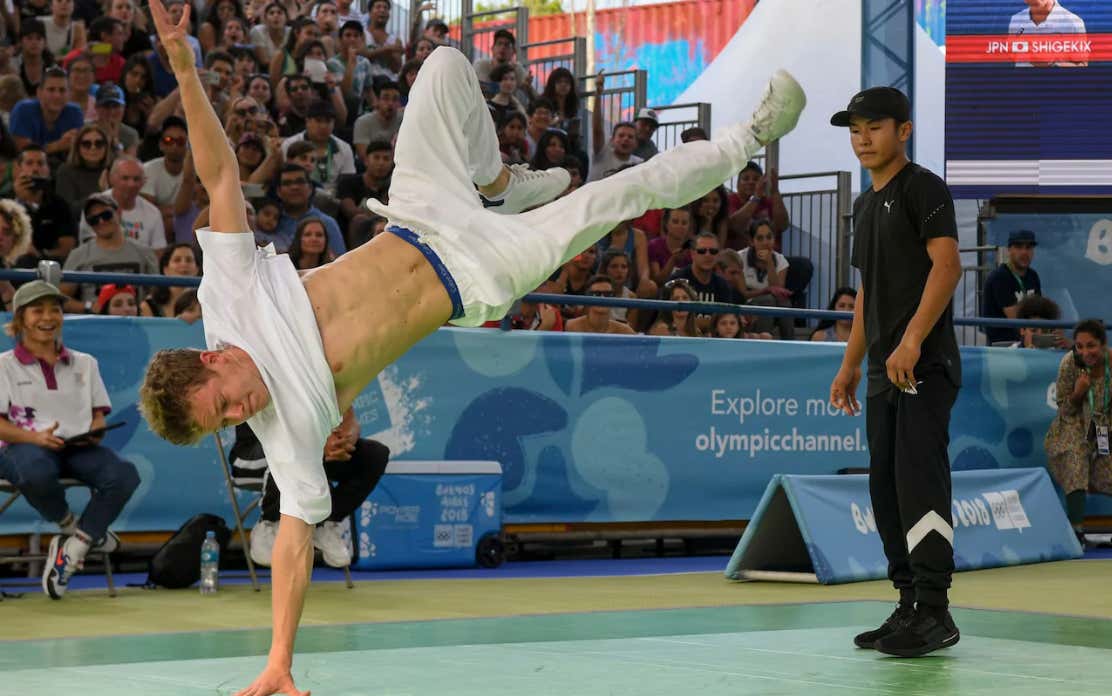 Telegraph - Breakdancing is set to feature at the 2024 Paris Olympics after a shock announcement by organisers which deals another blow to hopes that squash would be included.

The acrobatic style of street dance, typically set to hip-hop or funk music has never been considered before for an Olympics. It is now set for inclusion alongside climbing, skateboarding and surfing, which are already confirmed for Tokyo 2020.

The four sports are all set to feature pending final approval from the International Olympic Committee (IOC).

What in the goddamn heck is this bullshit? Breakdancing? I could understand breakdancing being included in the 2004 Summer Olympics in Athens considering there was such a breakdancing craze after the release of the critically acclaimed hit film, “You Got Served”. And heck, I’d even understand some of the hype around breakdancing after YGS was released carried over into the 2008 Summer games in Beijing.

But for breakdancing to be included in the 2024 Paris Olympics? Before lacrosse gets back into the Olympics for the first time since 1908?

I understand that it’s not my job to tell the IOC how to do theirs. But they are making a complete mockery out of the Olympic Games here. I mean if I wanted to watch televised breakdancing, then I’ll just go see if “So You Think You Can Dance” still airs. And if it doesn’t, I’m sure that there has already been a new show which has the exact same premise just with different judges there to replace it. But do I want to watch competitive breakdancing at the Olympics? Where we are supposed to be celebrated the greatest athletes in the world? Shit no.

Now the Sport of the Future? The fastest growing game on two feet? That’s the type of thing that belongs in the Olympics. That’s the ticket right there to Make The Olympics Great Again. I mean think about it. The Olympics have been getting a pretty bad rap recently. Whether it’s the Russians cheating their dicks off or Ryan Lochte fabricating some dumbass story about getting held up at gunpoint. The Olympics have become a bit of a sideshow and that’s before we even start getting into how corrupt the IOC is and how much hosting the Olympics ends up fucking and bankrupting the host city. So the Olympics clearly need some good PR going their way and they clearly need to get the people of the world back on their side. So what better way to do that than to bring lacrosse back into the mix?

Are you seriously going to sit there right now and tell me that you’d rather watch breakdancing than be blessed with highlights such as these?

Yeah, I didn’t think so either. So if the IOC wants to bring breakdancing to the Olympics before they bring lacrosse back, I just hope they’re ready to have a riot on their hands.