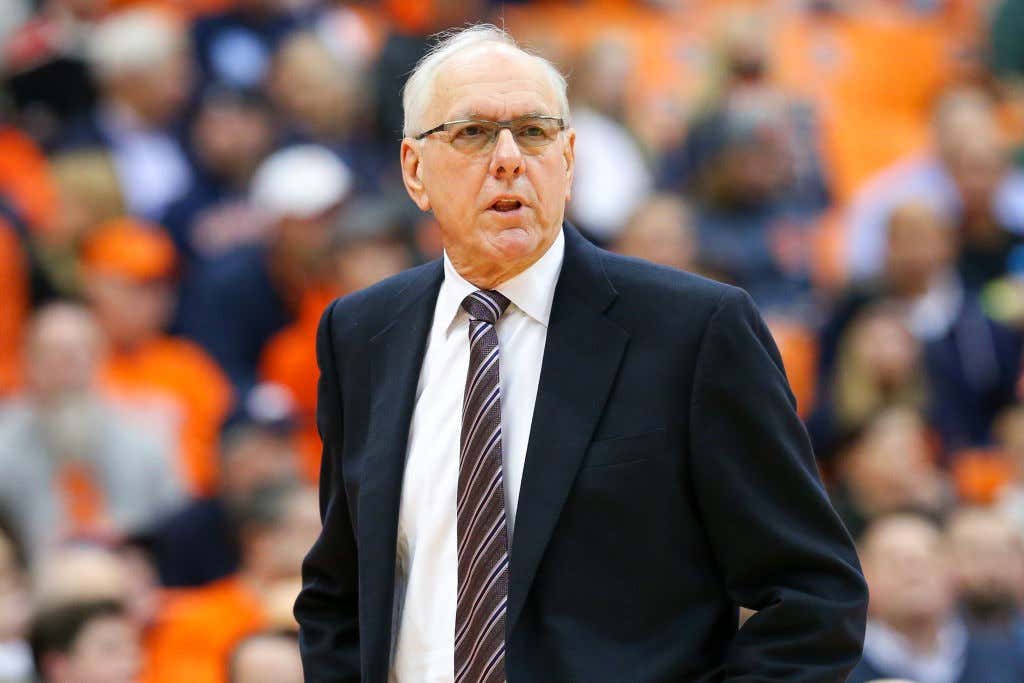 Syracuse men’s basketball coach Jim Boeheim struck and killed a man walking outside his vehicle on Interstate 690 around midnight, a source has confirmed for Syracuse.com | The Post-Standard.

The man in his 30s had been in a car with four others near Thompson Road in Syracuse when their vehicle crashed for unknown reasons, said a source familiar with the investigation. The man at some point got out of his vehicle, the source said.

That’s when Boeheim drove by and struck the pedestrian, the source said.

Uhhh Jesus Fucking Christ, this is horrible. I don’t even know what to say. It looks like a group of people crashed their car on interstate 690 late last night. As they were waiting for help along the side of the highway, one person got out. That’s when Boeheim hit him with his car and killed him by accident. I mean this is probably the very last thing I thought I’d wake up to if we’re being honest. Whole world expected to be talking about Zion’s shoe and now that’s all shifted. JESUS.

I mean it’s just bad all around, but I doubt Jimmy gets in any crazy trouble here. Guy was walking on the highway late at night where it’s impossible to see anyone when it’s dark. At least that’s the way I see it. I heard the roads were shitty last night so that definitely played a part in this, as did the vehicle being in the middle of the road. He’s not a murderer for crying out loud so let’s stop that now. Still, that’s going to shake the entire Syracuse city when they wake up to see this news. Obviously feel terrible for the victim, but I have to wonder if Jim is going to be able to coach on Saturday when Duke comes to town. I mean that’s some pretty horrifying shit to get over that quickly.

Side note, during my freshman year Boeheim almost drilled me with his car leaving the Carrier Dome. Our dorm, Sadler, was right next to it and we were walking back from the football game and he missed me by a few feet. True story.