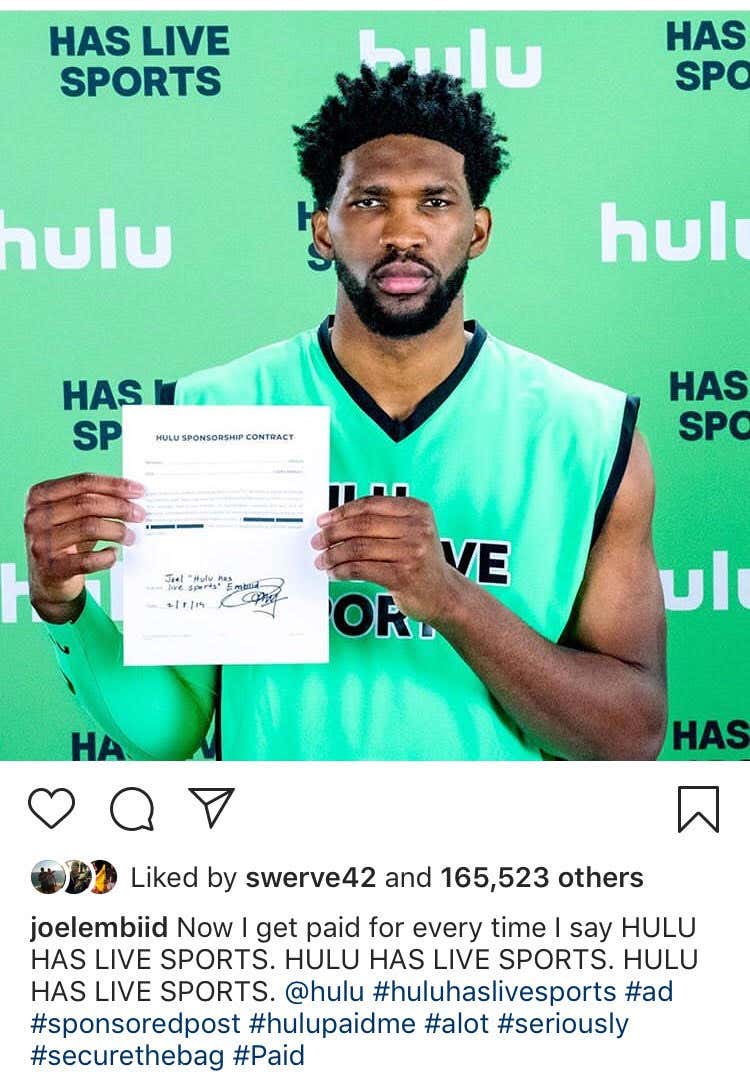 So everybody has been freaking out about Joel Embiid ever since it came out yesterday that he’ll miss at least a week with some “left knee soreness”. Now first of all–anybody who doesn’t realize this is just the Sixers coming up with an excuse to give Embiid some rest after the All Star Game is an idiot. Playing in the All Star Game was important for Embiid’s personal #brand and for him to continue to evolve into one of the game’s biggest stars. So the Sixers weren’t going to tell him to sit out that game. But he still needs a break here during the season so they just decided to rest him now. Is there maybe some legitimate left knee soreness? I’m sure. But there’s nothing to be worried about when it comes to Joel Embiid’s health right now.

With all of that being said, Joel Embiid is better than ever right now because this man no longer needs to use somebody else’s Hulu account in order to stream some of his favorite shows anymore. Always Sunny? Rick & Morty? Workaholics? Guess what–he gets it all for free now. No longer does he have to mooch an account off of somebody else like the majority of the world has to. JoJo secured the bag and got paid a lot (seriously) by Hulu. So don’t sit there and worry about Joel Embiid. The man is going to be perfectly fine. A week off from basketball and he gets to watch Hulu for free? This is the exact type of break that Embiid needs in order to be an absolute force when the playoffs roll around.

Sidenote: I’m almost convinced there are only 150-200 Netflix/Hulu accounts in the world and everybody else just mooches off of them. I haven’t done the research yet to back up those numbers with any scientific data, but it’s strong hunch.