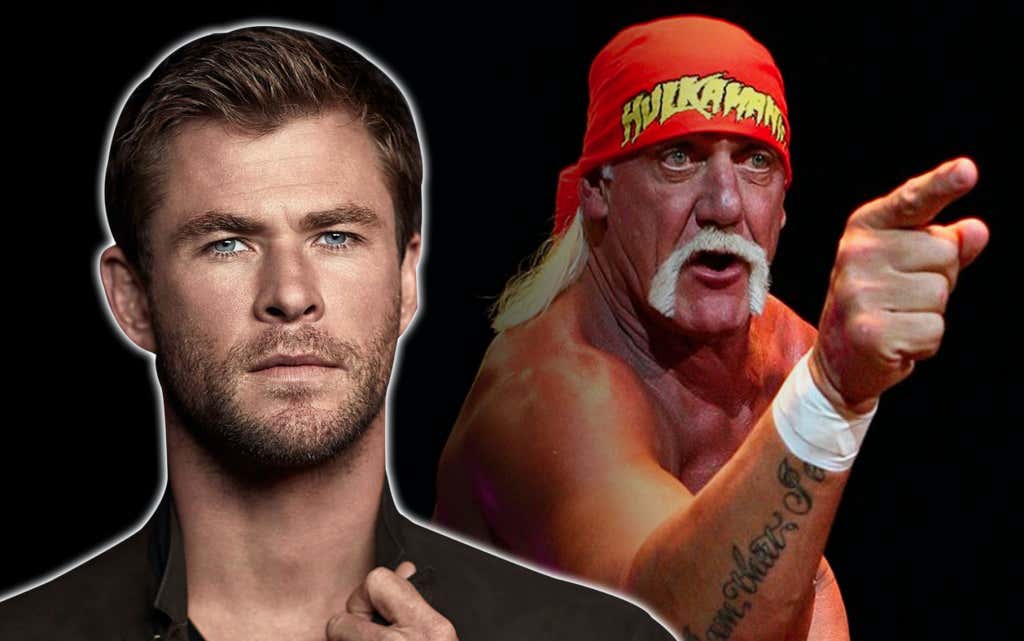 The Hollywood Reporter- Chris Hemsworth will star as wrestling superstar Hulk Hogan in a biopic that reunites Todd Phillips with Scott Silver, the respective director and writer of the upcoming DC Comics movie, The Joker.

IT’S TIME TO SAY YOUR VITAMINS AND EAT YOUR PRAYERS, BECAUSE CHRIS HEMSWORTH AND HULK HOGAN ARE ABOUT TO BE RUNNIN’ WILD ALL OVER YOU, BRRROTHER!

Six years ago, Hulk Hogan was asked who he’d like to play him if a movie about his life were ever made. Without hesitation, he answered, “We need a serious, serious actor that knows what he’s doing. You know who I thought would be good? That guy that did that action movie, ‘Thor’”.

Now, the Hulkster is getting his wish, with Todd Phillips, Scott Silver, Michael Sugar, Bradley Cooper, and even Eric Bischoff behind the project!

Obviously, as a good friend of Hulk, and massive, massive, MASSIVE Chris Hemsworth fan, I’m thrilled. I sorta can’t imagine Hemsworth doing the Hulkster “BROTHER” voice at all, but hey, I’m sure it’ll work out just fine. Hemsworth is reaching that Ben Affleck in the 90’s territory now where he’s so good I feel like he could play the shark from ‘JAWS’ if they wanted him to.

Another day, another wild, unexpected story hitting the newswire. I ain’t complainin’, though!