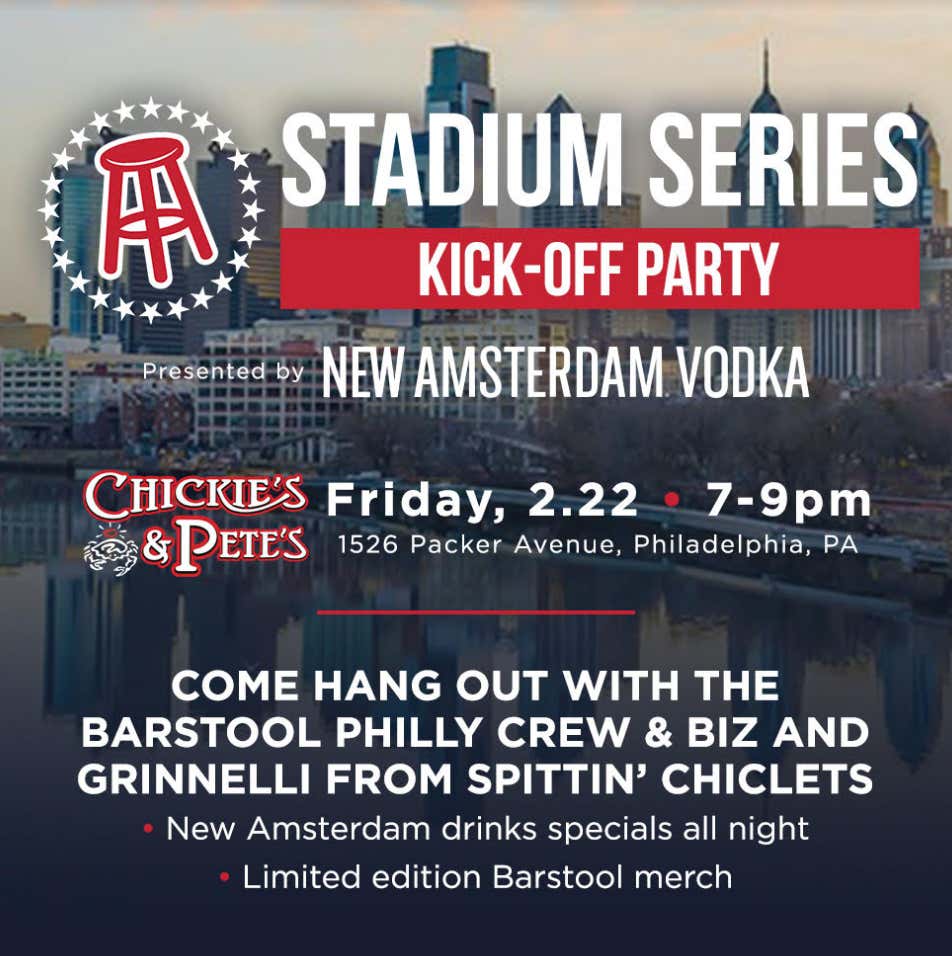 Hold up. Did somebody say a little late night Happy Hour featuring New Amsterdam deals all night at one of the most famous sports bars in America to kick off the Philly Stadium Series?

Damn right, Gritty. The Barstool Philly crew along with $20 Chef, a few Spittin’ Chiclets, and more will be at Chickie And Pete’s (1526 Packer Avenue Philadelphia) from 7-9 on Friday night for some full fledged degeneracy. The New Amsterdam Vodka will be flowing all night to the tune of Pink Whitney’s and Orange Crushes. We’ll be hanging out and dishing away limited edition Barstool gear as we’ll be doing whatever it takes to rile up the Philly crowd for the Stadium Series. I heard $20 Chef might get behind the bar, so there may be no survivors. And that’s fine. It’s Flyers v. Pens ft. Barstool v. The World. See you Friday night.

*Disclaimer: Pink Whitney’s On Whitney’s Tab is unconfirmed unless Ryan Whitney would like to publicly prove he isn’t a “Cheap, Weak Ankled Muppet” (Frankie Butter Knives’ terms, not mine)*