What an absolutely perfect video to show the difference between playing in youth league sports and having to watch youth league sports. When you are a kid, every basketball game feels like Game 7 of the NBA Finals. Lunch room bragging rights on the line and spikes in popularity to kids that were able to hoop or wear the hottest sneakers.

But being an adult and having to watch kids who think they are LeBron but have the game of a Barstool blogger play sloppy basketball is worse than watching paint dry. The only good that comes out of these games are your kids burning some energy outside of the house while fighting off the childhood obesity for another day, the buzz you are able to ride while secretly boozing in the stands, and the occasional ridiculous highlight where a kid hits a buzzer beater from behind the arc BACKWARDS.

But you know who doesn’t give a fuck about any of the stuff I just said? This guy. 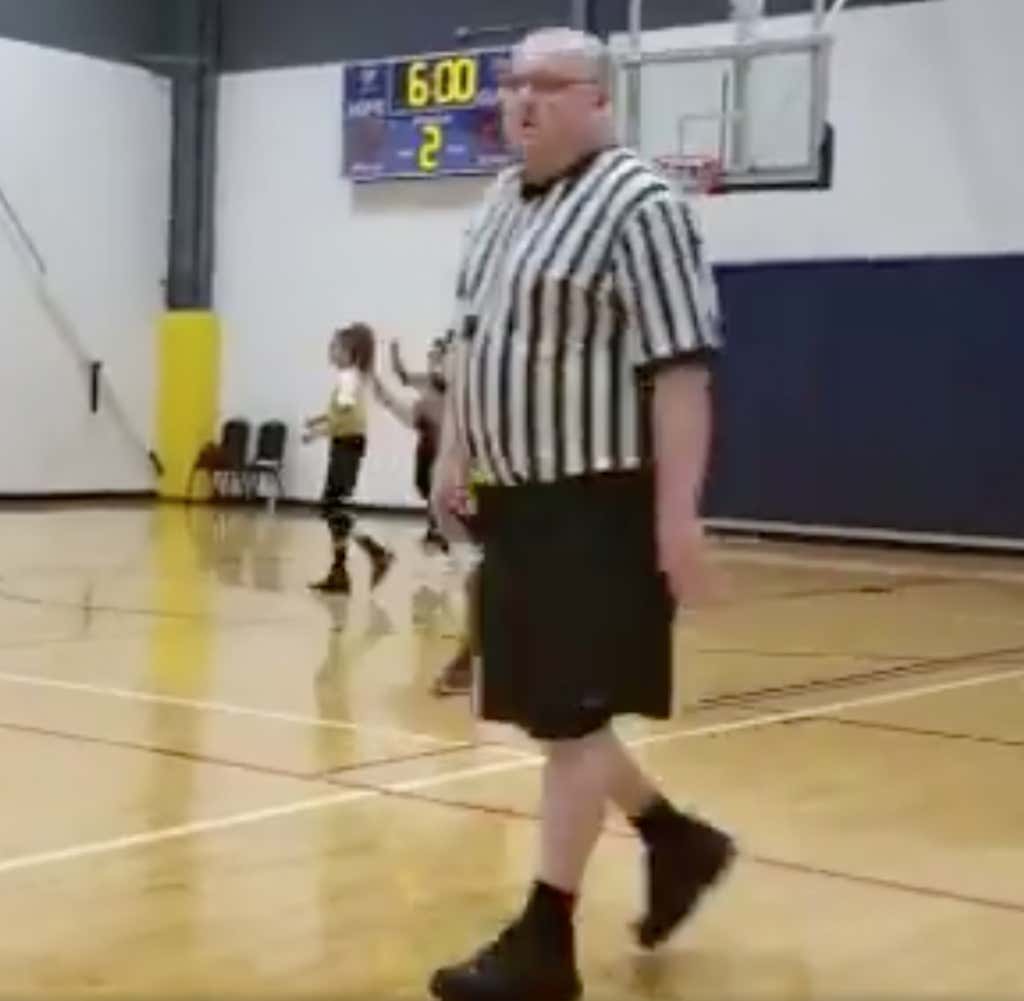 That ref already worked two games earlier in the morning and has three more to go after this one before he drives his rusty 2001 Toyota Corolla back to his apartment, takes his Air Donaghys off, and slumps back to sleep. He doesn’t have any kids in the league or is hoping to spruce up his resume for a future in reffing. He is just looking for a few extra bucks and a reason to wake up on the weekend, because as you can tell by that video, his soul clearly left his body years ago. Not a smirk or raising of the arms to say that circus shot was good. And you know what? As someone that has also had his soul bled out of his body by kids, I salute this guy for keeping it real as fuck. Let the children with another decade of fun lives before the real world choke slams them through a table lit on fire while you cash that check and endure 2 more months of this basketball bullshit before trading in your stripes for a blue shirt and an umpire’s mask to get paid to watch these kids make a mockery of baseball through the spring and summer.