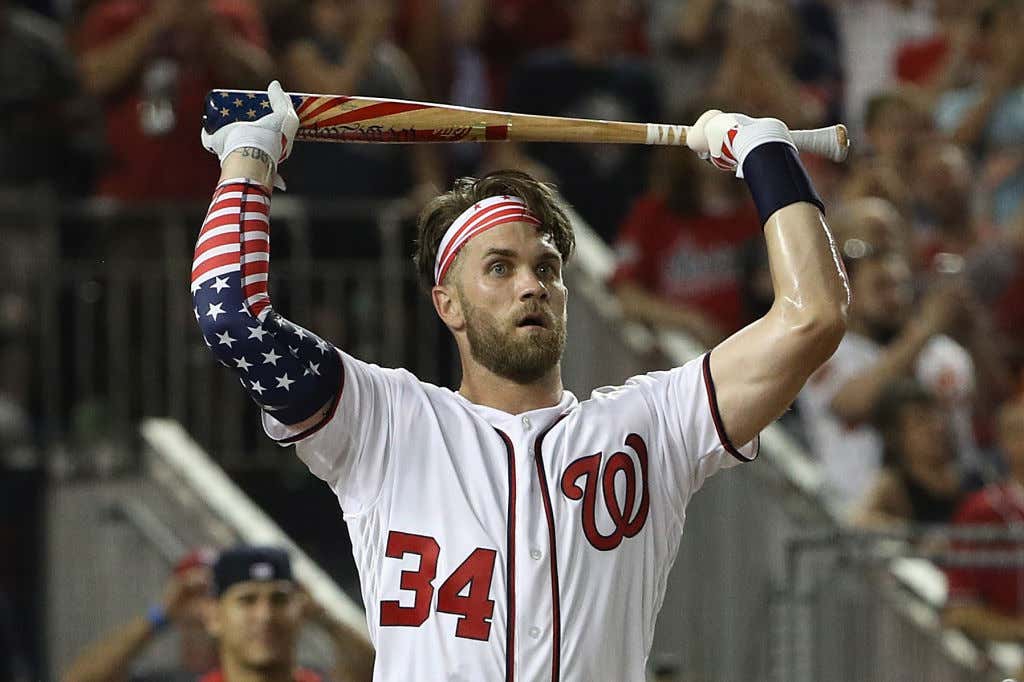 I don’t care about long-term or short-term. I don’t care about how many hundreds of millions of dollars are being thrown around out there. Nothing that has happened over the course of this Bryce Harper free agency saga means a damn thing right now. Because now that Weapon X is involved? It’s game over. I mean the only way you turn down Brian Dawkins is if you have a death wish.

5 years, 10 years? Doesn’t matter. $300 million, $326 million? Doesn’t matter. Bryce Harper is “unsure about playing in Philly”? Doesn’t matter. The moment that B Dawk gets involved, you do what this man says no questions asked. Death, taxes and following Brian Dawkins’ orders. Those are the 3 certainties in life. And again, it either takes a death wish to go against Brian Dawkins or some of the biggest nuts on the planet.

But seriously. If there’s anybody who knows what it’s like to be treated like royalty in Philadelphia, it’s Brian Dawkins. If there’s anybody who knows what it takes and what it’s like to have a the entire city of Philadelphia worship you, it’s Brian Dawkins. So hopefully that tweet was followed up with a little slide in the DMs, a friendly conversation between two highly competitive athletes who love the game and just want to be the best, and then we can expect the Bryce signing to be announced later this afternoon at Citizens Bank Park.