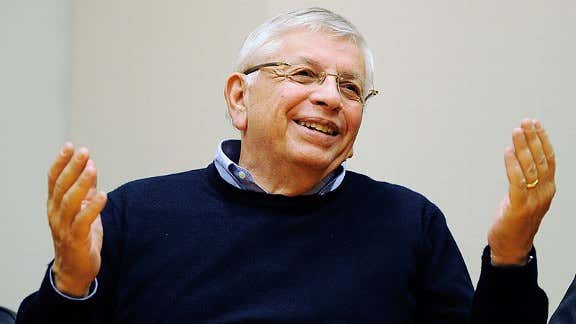 (Bloomberg) – On the plus side, the Knicks may now be poised to get some fresh star power, Stern said. Kevin Durant, Kyrie Irving or top college player Zion Williamson of Duke may wind up in New York, he said.

The Knicks’ woes have raised concerns about the NBA not having a strong team in the No. 1 media market. But that’s not a major problem, Stern said.

“When was the last time we had a strong team in New York? And the league is soaring,” he said. “The Knicks will come around. It’ll be their time relatively soon, I suspect.”

The lackluster performance also hasn’t torpedoed the team’s valuation. Forbes puts its worth at a league-high $4 billion. Madison Square Garden Co. denied a report this week that Dolan has been courting offers for the franchise.

OK David what the hell is this. You thought you could slip these quotes by me and I wouldn’t notice? You can’t tell me the same person who may or may not have been in charge during another highly suspicious Lottery drawing 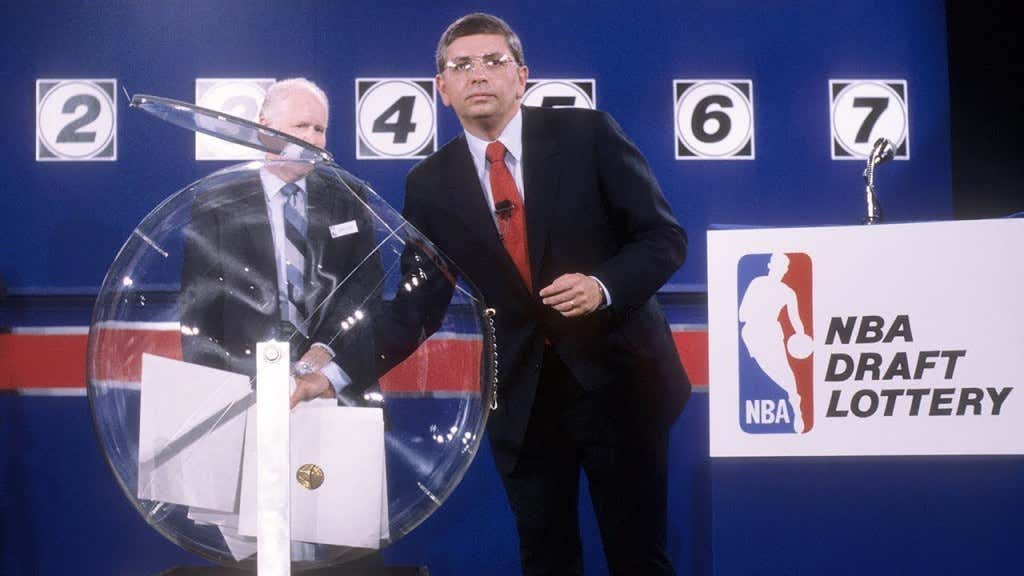 that seemed to help a certain basketball team in New York just so happens to be talking like this right before what could be argued as the most important summer in Knicks history. Here’s what we know about David Stern, he doesn’t just throw shit out there for the sake of headlines. This man is connected all the way to the top, he knows what type of shady things the league is capable of, he knows what’s good for the league and that’s obviously to have the Knicks not stink for the first time in many of our lifetimes.

For example, this is a loaded free agent class, but he’s singling out Kyrie and Durant? Zion might end up in New York and the fans are going to be roaring? Listen it’s one thing for people on Twitter to speculate about these possibilities, it’s another thing when it comes from a guy that 100% knows how to rig a lottery. I’m to believe he just out of the blue thinks the Knicks time will be coming soon? Fuck outta here. He’s cheated for them before, and it sure as shit sounds like he’s confident about a plan he already know exists. It’s as clear as day.

I don’t think he’d be brazen enough to have his former minions try a frozen envelope again, mostly because the league doesn’t use those anymore. But I’m going to need every single one of those ping pong balls inspected by a neutral third party. Personally I think he’s talking more about Zion and the reaction that Knicks fans will have at the Draft, but either way I’m going to need the authorities to get involved here. The integrity of the league is at stake and we cannot allow blatant criminal activity like this to continue. It wouldn’t shock me if he’s still somehow invested in the league or the Knicks, because in that very same interview he basically said the Knicks struggles weren’t Dolan’s fault, which makes you wonder just how high does this go?