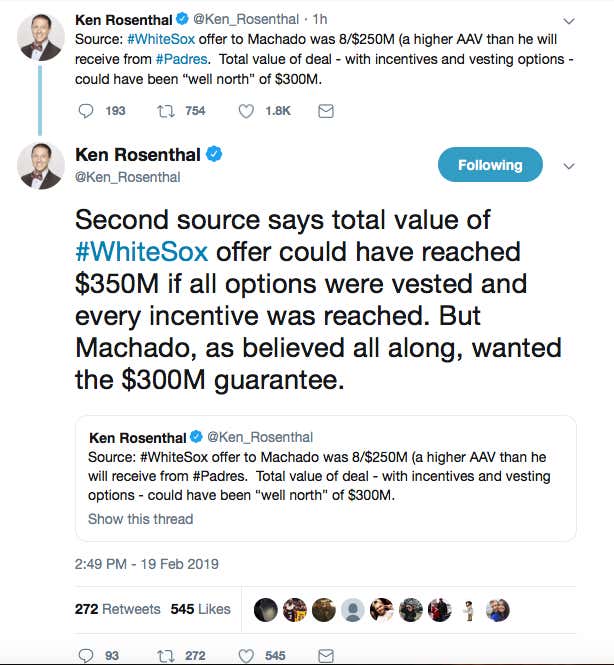 Okay, my emotions have died down a bit.  I’m not longer team fuck the White Sox, I’m team Manny Machado can get fucked.

The White Sox put forth the better offer than San Diego.  I don’t care about guarantees, there’s was the better deal.  He didn’t take it, it is what it is.  It sucks that White Sox Nation has to sit here and be the bridesmaid once again, but if you would have asked me last summer I would have said half the league would have wanted Machado or Harper and there was a minuscule chance of closing on them anyways.

Sure, getting to the finish line and losing out sucks.  Unbelievably deflating.  Blue balls to the max. But they’ve put forth the highest potential deal in the history of professional sports.  Is that a win?  Kinda but not really.  But with that said, that’s a LARGE part of the reason I wanted him to sign with the Sox anyways.  Just so I could shove it down everyone’s throats.