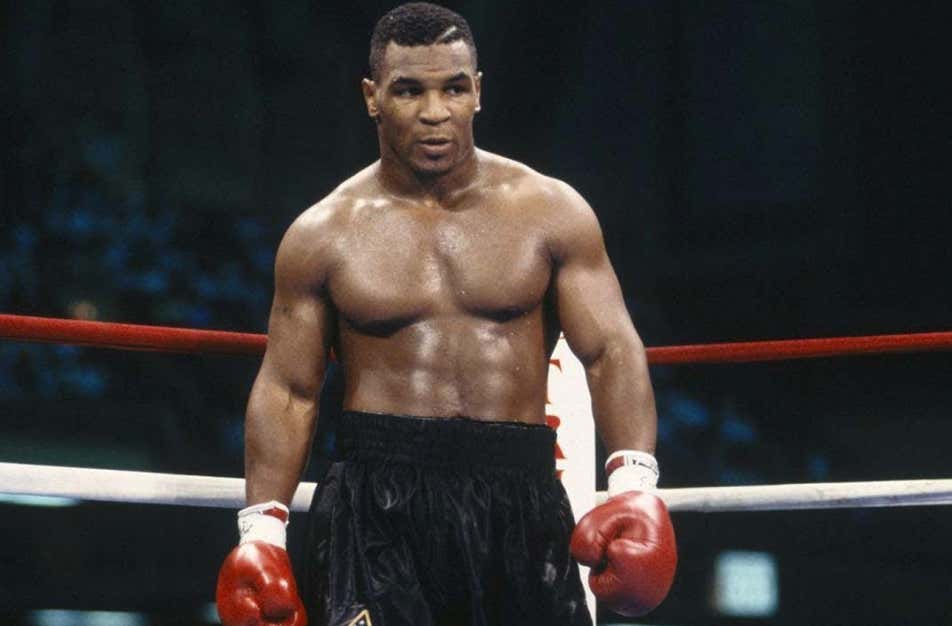 NYC - Former boxing champion Mike Tyson has claimed that he once wanted to fight a silverback gorilla in its cage during a private tour around a zoo. During the walk with his former wife Robin Givens at a New York zoo in 1986, Tyson reportedly asked a member of staff to let him go head-to-head with the primate. Tyson, 52, who is known for previously owning a number of exotic pets including three Royal Bengal tigers, revealed that he offered $10,000 to fight the gorilla and told zookeeper that he wanted to ‘smash the silverback’s snotbox.’ The former heavyweight boxer took offence to the animal when he spotted it bullying the other gorillas in his cage. He then decided to go in and take down the large primate. He told The Sun: ‘When we got to the gorilla cage there was one big silverback gorilla there just bullying all the other gorillas. ‘They were so powerful but their eyes were like an innocent infant. ‘I offered the attendant $10,000 to open the cage and let smash that silverback’s snotbox! He declined.’

Of course Mike Tyson was ready to send some large primate into Bolivian. Of course. I can’t tell if this is the most outrageous story I’ve ever heard or the most realistic scenario from Mike Tyson in his prime. Probably both. That man was, is, and forever will be batshit tough. I mean, here’s Mike Tyson wrestling his tiger for Rosanne. Why? I’m still not sure anyone knows:

Still, all I can think of is HOW DARE THE ZOOKEEPER FOR ROBBING THE WORLD FROM THE GREATEST FIGHT OF ALL-TIME!!! Think about it. That underground footage would’ve been the most watched Betamax in the history. Or even better, screw the $10K. That zookeeper could’ve been the Don King without the murders and built up this match to earn BILLIONS. The storyline writes itself. Mike Tyson in his 1986 prime vs. a full fledged Silverback Gorilla because Iron Mike wanted to stick up for primates getting bullied. That’s gold, Jerry. Gold. And to those people with legitimate working brains who think Mike Tyson wouldn’t stand a chance in the cage with a Silverback Gorilla, check this out:

Annnndddd still understand Tyson would be a dead man. No doubt about it. It realistically would take 10+ Tyson’s in their prime to even have a chance taking down a Silverback Gorilla. But…if Buster Douglas could win…everyone’s got a chance, right? Anyone could be a contender this side of Terry Malloy. Well, again, except for when you’re trying to box a motherfucking Silverback Gorilla:

Nope. No way in hell. When the primates start disrespecting you just gotta go the Cosmo Kramer and stay out of the cage to prove your point.