It’s hilarious that people think football is over. The football season has just begun. Where else are you going to find passes like that? A no look, over the head pass thrown with two hands?

Are you not entertained?!?!?!? It’s simple, this league is electric: 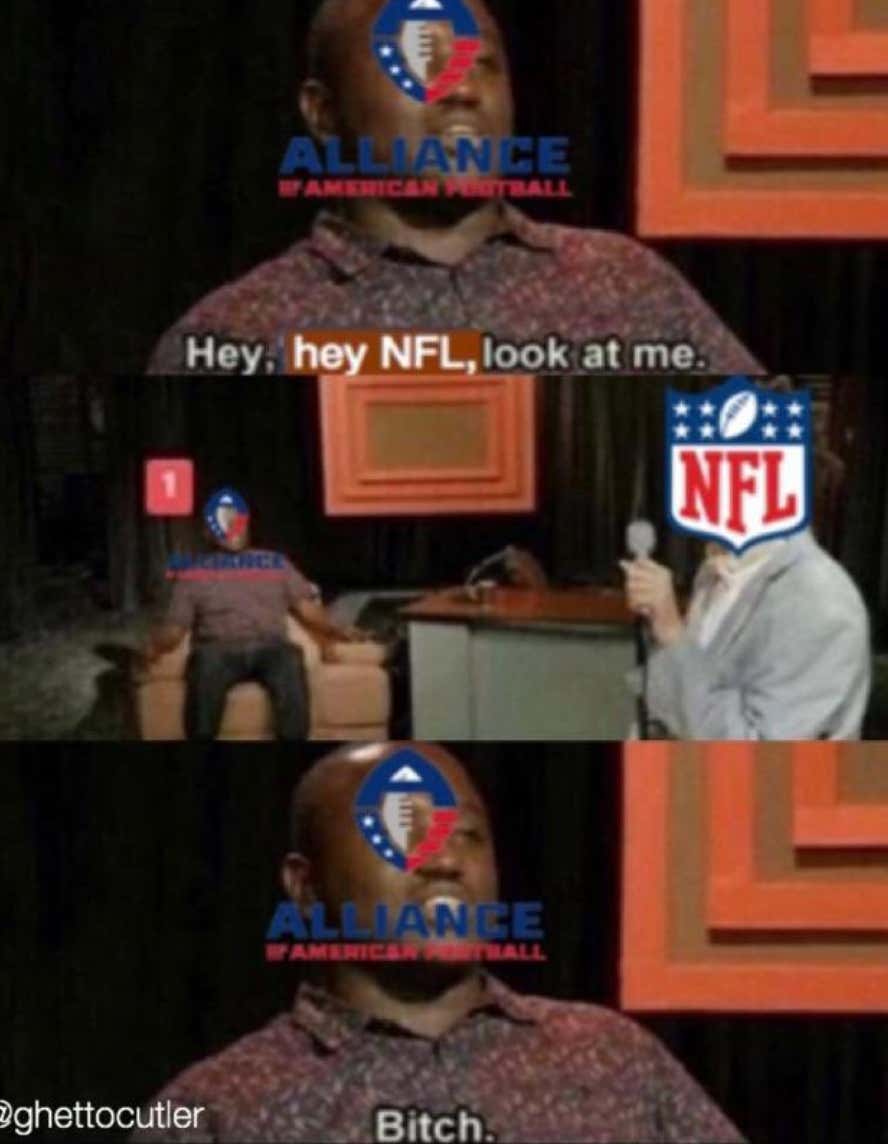 P.s. What a cover for the San Diego Fleet by the way. The AAF cares about bettors. Instead of kneeling on 4th down, the Fleet took a FG to make sure their supporters who took them -9.5 would cash their ticket. Take notes, Todd Gurley. Take notes.