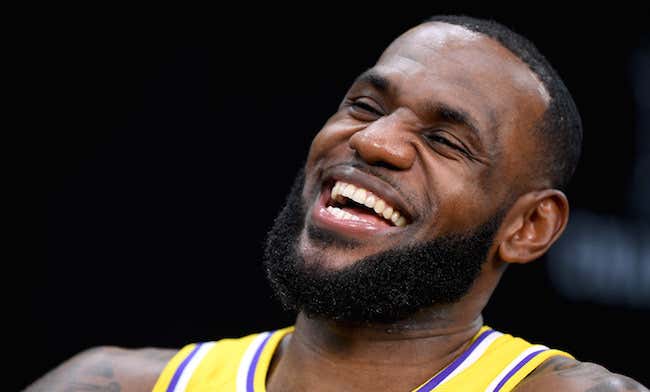 Well damn. I think we all knew Dell Demps was a sitting duck as this whole Anthony Davis saga went on, and it’s pretty clear ownership is not all that happy with how things went down. I was always under the impression that the Pelicans were going to stick with Demps through the trade deadline but if he wasn’t going to be the GM of the future then they would have his replacement handle the negotiations later this summer. It makes more sense to move forward with a franchise altering trade with the vision of whoever their next GM is anyway so this is just the first step in that process. It’s not as if he wasn’t already on the hot seat, and his inability to build a legit contender around Davis was obviously a big time issue.

But make no mistake, this is just the latest maneuver from Klutch sports. Who do we think came up with the idea for Davis to leave the arena last night? I’m going to have to go with Rich Paul. It sure sounded like ownership was in no rush to make a move at the deadline, so I can’t think the reason Demps is out is because he didn’t accept the Lakers offer. Rich Paul was most likely aware of how short a leash Demps was already on, and knew something like this may be the straw that broke the camels back and an opportunity to get payback. So much complaining about acting in good faith from the Lakers side, well Klutch can be just as shady.

This news still doesn’t change the fact that he made the right move at the trade deadline. There was no reason to rush, no matter how much Lakers fans and Magic cry about it. It was very clear to everyone with a brain that they were trying to pressure Demps into making a move early, and he stood firm. He should be celebrated for that. It’s not like this was the situation that finally convinced ownership the Pelicans have issues. That’s been the case for years. There are a million reasons to fire Dell Demps, but not trading AD early isn’t one of them. If ownership wanted him moved last week, he would have been traded. Woj pretty much said as much

In reality, this was just a necessary step to set up the future of their franchise. It seems shocking on the surface, but everyone who’s been following this situation could see it coming. Doing it at the All Star break made the most sense and the question now becomes how this new GM will evaluate everyone’s assets. Demps may have been favorable to a certain package, but with a new person in charge and a different direction in place, who knows what this team is going to be looking for come the summer.

So while it sucks Demps is now out of a job, I would just like to thank him for standign firm and not caving to LeBron and Rich Paul. Kinda fucked up they got him fired for it, but that’s the risk you take when you don’t bend the knee to LeBron.

Looks like David Stern may have been onto something