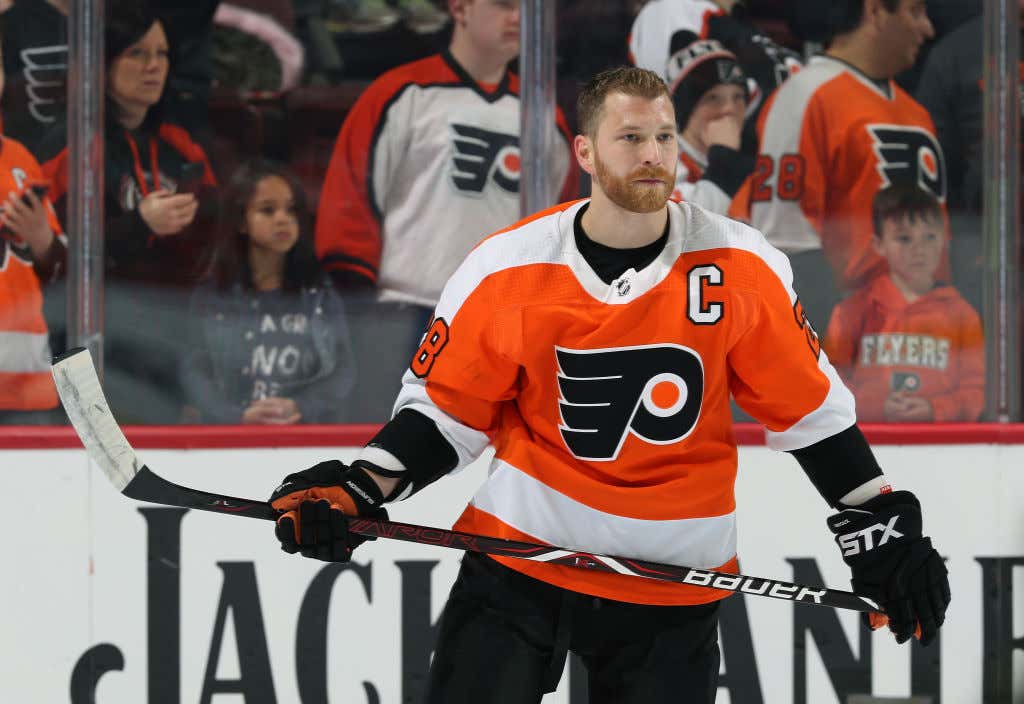 Claude Giroux is already one of the most underrated players in the NHL. He put up 102 points last year and is on pace to put up damn near 90 points this season. Now he’s 31-years-old so everybody is naturally wondering when he’s going to slow down.

The answer to that question is never. Or at least not anytime soon. Because coming this summer, a Baby Giroux is on the way. And everybody knows that once you have a baby, Dad Strength becomes a very real thing. It is a scientifically proven fact. So Claude Giroux has already been pretty much reverse-aging over the past 2 seasons and now that he has a son on the way, you have to imagine he’s only going to continue to get better. I mean this shot right here from Giroux the other night was already an absolute missile.

But just imagine that shot coming off of Daddy Giroux’s stick. The back of the net wouldn’t stand a chance. All I’m saying is that Claude Giroux is under contract for another 3 years after this season. And you have to imagine that after those 3 years are up, the window for this team to win with this core will be shut. That would be a scary thought to have before the news came out that Claude Giroux is going to be a father during these next 3 seasons here. But now that he has spread his seed? The NHL is in for a world of hurt. Because if you thought that 2017-18 Claude Giroux was a scary son of a bitch, just wait until you see what Daddy Giroux has in store for the league.