You’re sick of reading about Manny Machado’s free agency.  I’m sick of writing about it.  But just to put his free agency saga into perspective, here’s a far from fun fact on it:

Pitchers and catchers from every team in baseball sans ATL have reported at this point. 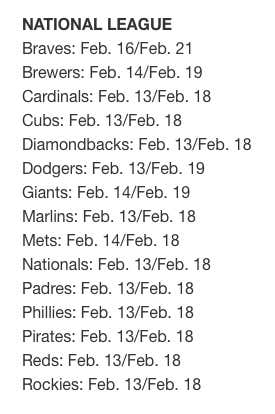 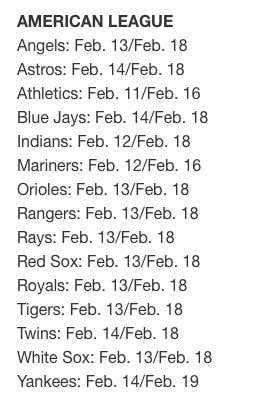 And most full squads report on either Monday or Tuesday next week.  So this whole thing HAS to end in the next few days, right?

It’s blatantly obvious at this point that Machado more than likely won’t sign before the date in 2018 that JD Martinez did, a similar saga where a premier player had hardly any market at all, and eventually succumbed to signing a much lower deal than him and Boras anticipated on 2/19 last year: 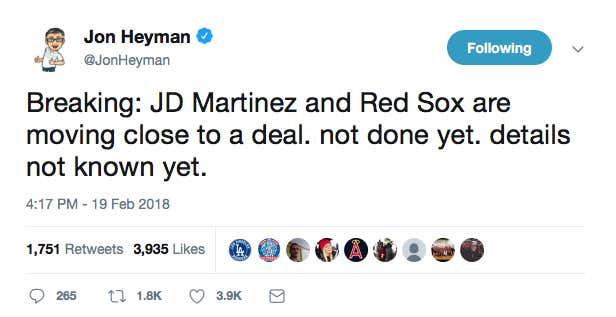 So far… we have crickets: 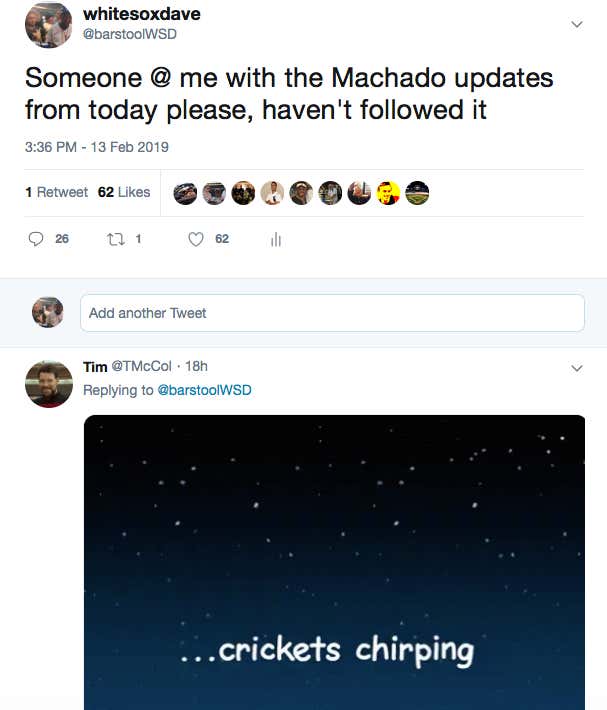 The White Sox have an offer of X years and X amount of dollars, with opt outs, the new swelopt shit and other intricacies that Machado or Lozano probably aren’t too fond of, so he’s just sitting on that offer *hoping* and *praying* that someone bids them up.  Literally any team on earth, so Machado and his camp can get some sort of bidding war started.

Except… that’s probably not going to happen.  Owners and front office execs just don’t up and decide to drop $200MM+ on a player long term in February.  Those are obviously franchise altering investments. If they wanted to do so, they would have been in on Machado or Harper from the get go.

But only 1/15th of the league had any true “we’ll pay a fuck ton of money for your services interest in them”.

So I have no idea what Lozano or Boras are trying to do right now.  They’re completely hamstrung and truly don’t have much leverage in these negotiations.  Passan was quoted last night that if he were to guess, the Sox would land Machado at 8/$270 and the Phillies land Harper at 8/$310.

February ends in 2 weeks to the day.  If Machado and Harper aren’t signed by then, then I’m out of theories or reasons for why.

This whole thing has gotten absurd