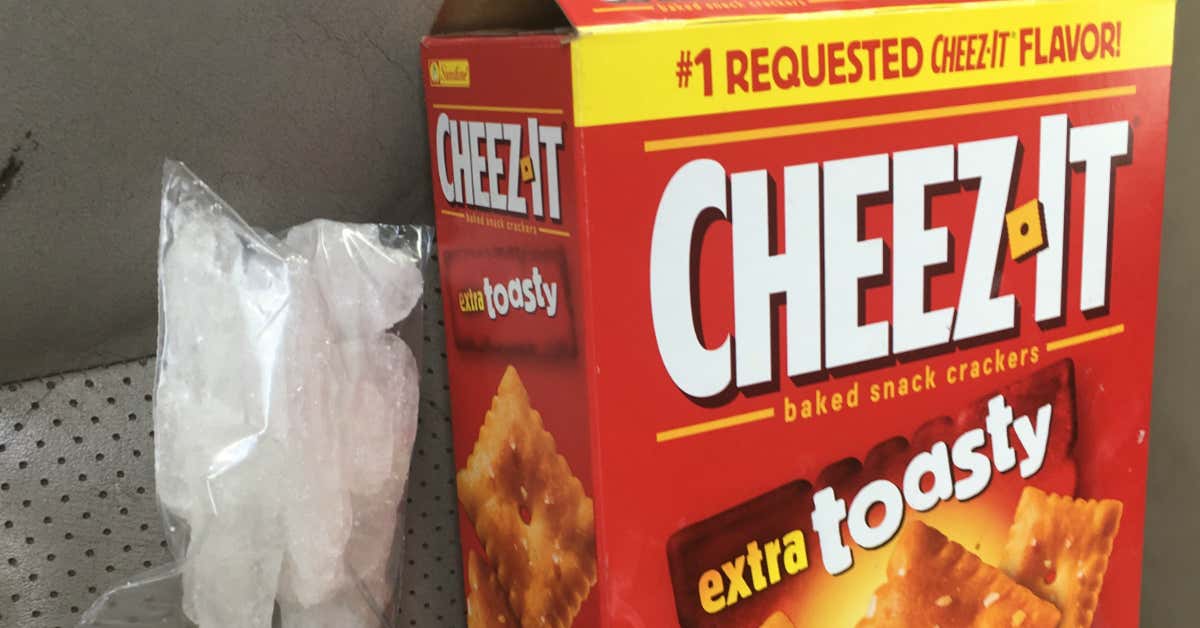 Source – A man had to rescue his mother from the second floor during a fire at a DeKalb County home that allegedly began over a box of Cheez-Its.  The incident happened at the home on Creekford Drive in Lithonia.

Officials tell CBS46 News that two brothers and their 61 year-old mother were at the home when an argument began over a box of Cheez-It snack crackers. That’s when one of the brothers, who police say was intoxicated, locked his brother and mother inside the home and began pouring gasoline on the front steps. He then lit the home on fire, trapping the two inside. The brother was able to lift his mother down from the second story window and then get himself out safely.

Okay so clearly there are a TON of details that have been left out of this story. For starters–who did the Cheez-Its originally belong to? Did the mom purchase them? Did the brother who set the house on fire purchase them? The possession of the Cheez-Its plays a major factor here in regards to determining if these actions were justified or not.

Also–notice how they mention that the one brother was intoxicated. What I’m picking up here is that the brother went out for a long night of drinking and all he could think about on his way home was getting elbow-deep in a box of Cheez-Its. Buddy probably had Cheez-Its on the mind since the moment he closed out his tab at the bar. Then once he gets home, he sees his asshole of a brother just going to town on his Cheez-Its. He’s licking his fingers after each handful and then proceeding to put that disgusting finger right back into the box to grab his next handful. It’s devastating. All this guy wanted to do was to cap his night of drinking off with some delicious Cheez-Its, and his brother robbed him of that joy. Don’t act like you wouldn’t snap in that exact scenario. Let he who has never once thought about burning down your entire damn house over some tasty treats throw the first stone.

Was it a little overboard? Perhaps. But the real moral of the story here is that you never touch another man’s Cheez-Its. They are certainly delicious, but delicious enough to have your house burned to the ground over? It’s hard to say.