Its kind of bullshit if Trump goes and gets a dog just because Presidents are supposed to have dogs. You’re either a dog person or you’re not. If you dont currently have a dog, dont just get one because thats what you think America wants to see.

So to that end I couldn’t agree more. Don’t be a fraud.

At the same time I’m fucking astonished that a non-dog guy could win over the electoral college. That someone could go through life with a distaste for eternal companionship yet still find themself with nuclear launch codes really puts things in perspective.

The only explanation I can muster for such a bizarre stance on dogs is that Donald Trump is afraid of them. Nothing mean. Nothing malicious. Just some good old fashioned fear. 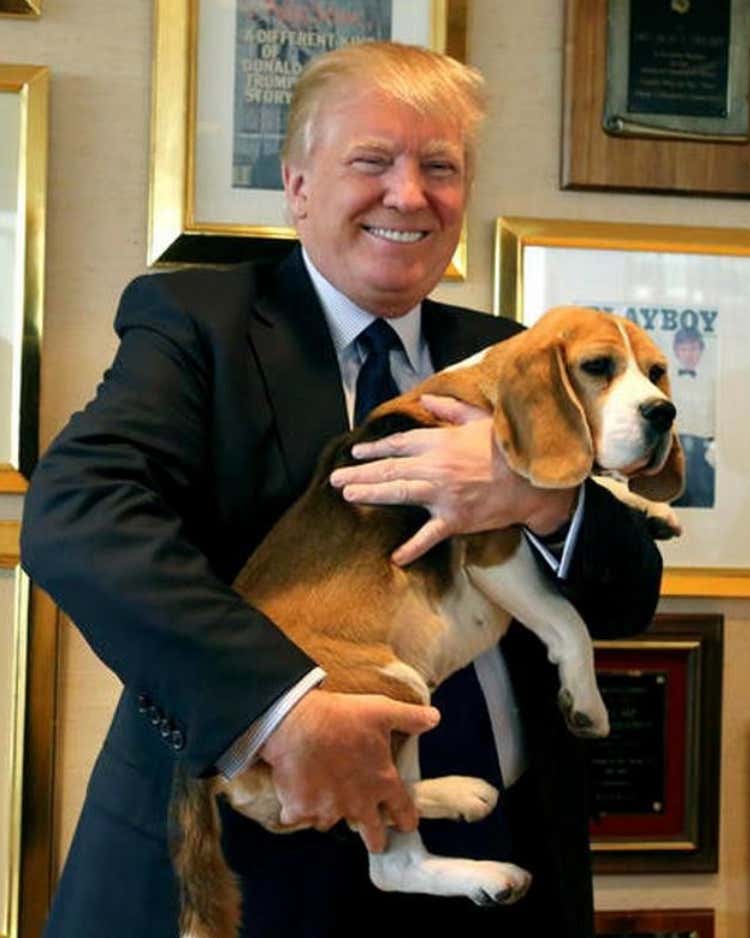 He’s holding that dog like a minor league reliever closing out Game 7 at Yankee Stadium. You can visibly tell he doesn’t want dog hair on his handcrafted suit and I’m getting a red flag from that dog’s saggy tail. Trumps making that weird face Dads make when taking family pictures like hurry the fuck up so I can go back to the garage. I know that face.

But no one except your Aunt Rosemary will publicly admit to being afraid of dogs. That’s a bad look for anyone much less the head of the US Armed Forced. If Donald shoots us straight then all hell is going to break loose. It would be like 1812 all over again. Coordinated invasions. Martial Law. Bad guys everywhere.

So in a sense he’s just looking out for us. That’s what good leaders do.