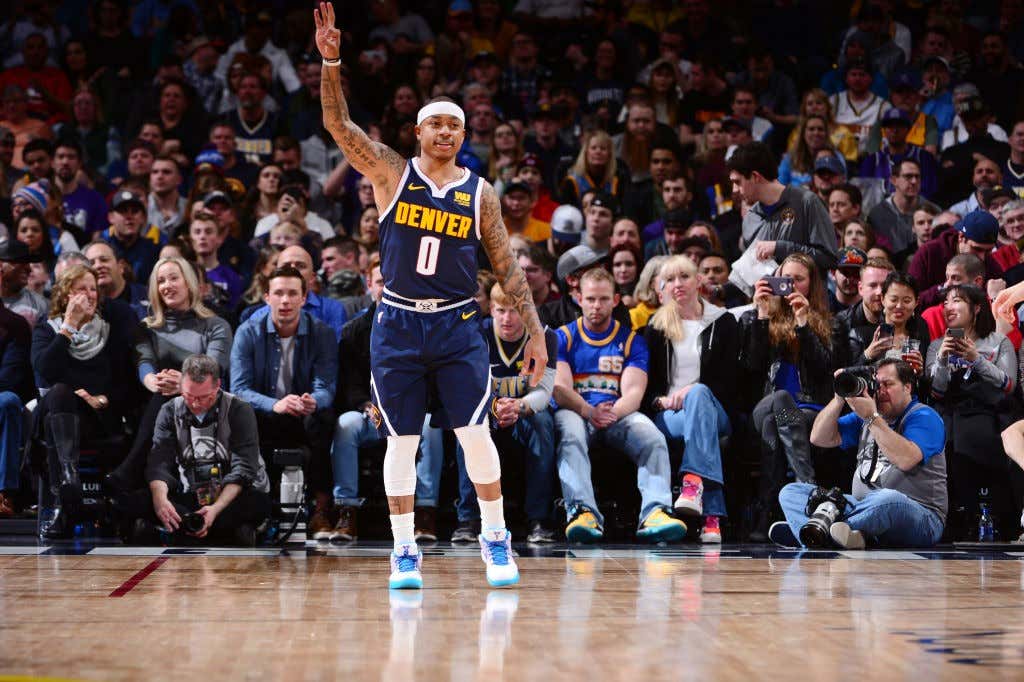 Awesome. Just awesome. That’s really the best way I can describe watching Isaiah make his first appearance this season as a Nugget. After all the rehab, the #SLOWGrind, the waiting, he’s finally officially back and Nuggets fans gave him one hell of a welcome. It’s good to see Isaiah be in a place where fans actually want him and are supportive. Given everything he gave to me as a Celtic, all I want is for Isaiah to be healthy and back to dominating people. The league (me) has missed watching him go crazy offensively on pretty much anyone on a nightly basis. I hope he balls the hell out and gives these fans even more to cheer about. So far we’re at halftime and he’s missed his only shot attempts from deep, but he has made some plays already

A very cool moment for not just Isaiah but those of us who are rooting for him as well. Now all we need is that first basket and we’ll be off and running