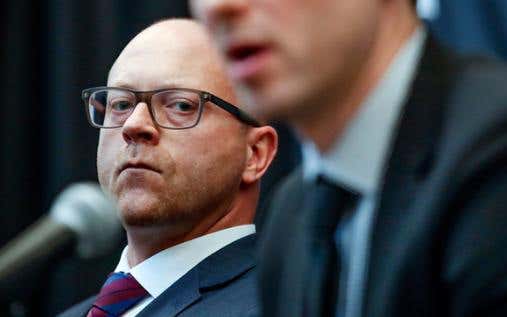 “Whether we do it this summer or a year from now, I full expect Debrincat to be a Blackhawk for a long time”–Stan Bowman

Debrincat in Chicago for a long time? Sign me up. Love that guy. Love everything about him. I’m really glad Stan said strongly that he wants Debrincat here. A man’s word is his bond…right? 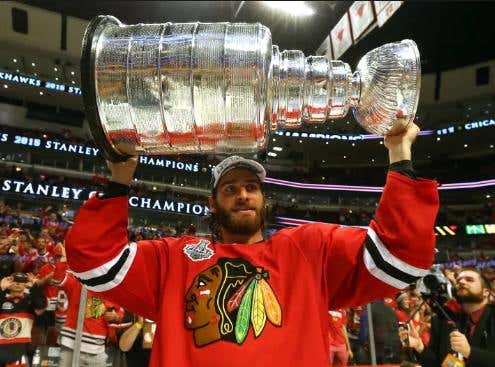 “He’s a huge part of our team, so to know that he is going to be here two more seasons is a big relief,” Bowman said of Panarin 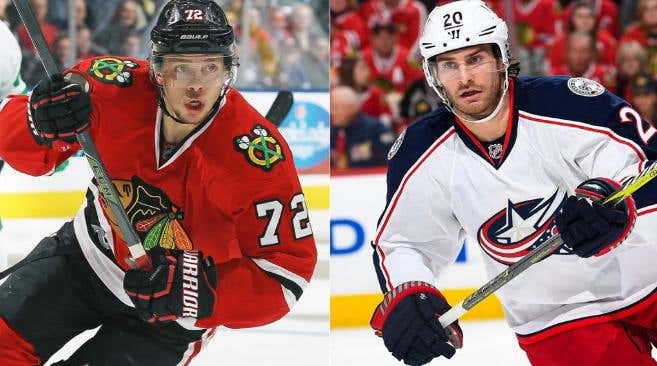 Panarin never played a single game under that 2 year contract.

“I want to make it clear our No. 1 priority as we move forward is to make sure we can keep these young players — [Alex] DeBrincat and [Nick] Schmaltz and Hinostroza and some other young players that are going to maybe join our team over the next year or two,” Bowman said at the end of the season.

Another vote of confidence about Debrincat in the future in the same sentence as two guys he traded within 6 months of this comment. And obviously there are more instances like this…

Me right now thinking about what could’ve been

So yeah, forgive me if I’m not overly confident about Stan’s word or his ability to sign Debrincat long term. Not exactly a great track record there.

I hate to be a Debbie-Downer, but Stan is going to have to find a way to pay both Debrincat and Dylan Strome in the same year and they’re likely both going to need major dollars. Strome has averaged almost a point per game since the trade to Chicago and Debrincat is 4th in his draft class for goals with 57 behind only Matthews, Laine, and Matthew Tkachuk.

After seeing the deal Matthews and Nylander got as RFAs from the Leafs in addition to major RFA deals for guys like Eichel and McDavid, I think it’s fair to assume that the era of “bridge” deals is likely over. It’s going to be very tough for the Blackhawks to sign both guys for under a combined $12M. Meaning that the Blackhawks will likely need to move Saad and Anisimov in order to clear enough cap space to sign both of them and a goalie after Crawford’s deal expires. Which is why I am being such a pain in the ass about trying to win NOW and next year before all of this rears it’s ugly head and Toews and Kane are 32 years-old. Stan talks about trying to be elite in 18-24 months

‘‘We’re not where we need to be to be an elite teamThat’s where we want to get to. That’s our goal over the next 18 to 24 months — to build this thing up and be a team in that elite tier.’’

Hey IDIOT, it’s too late by then because as good as Strome and Debrincat are…they’re not Toews and Kane. They’re not good enough to be the best players on the best team and the likelihood that 19 and 88 will still be able to be the best players on an elite team in 24 months is unlikely too. This is the type of thinking that drives me INSANE. THIS is why I am still very much in the #FireStan camp, because he is punting on the end of the golden age of the Blackhawks and the one guy who can fire him doesn’t know what the fuck is going on and by the time he retires or realizes what is going on it’ll be 2023.