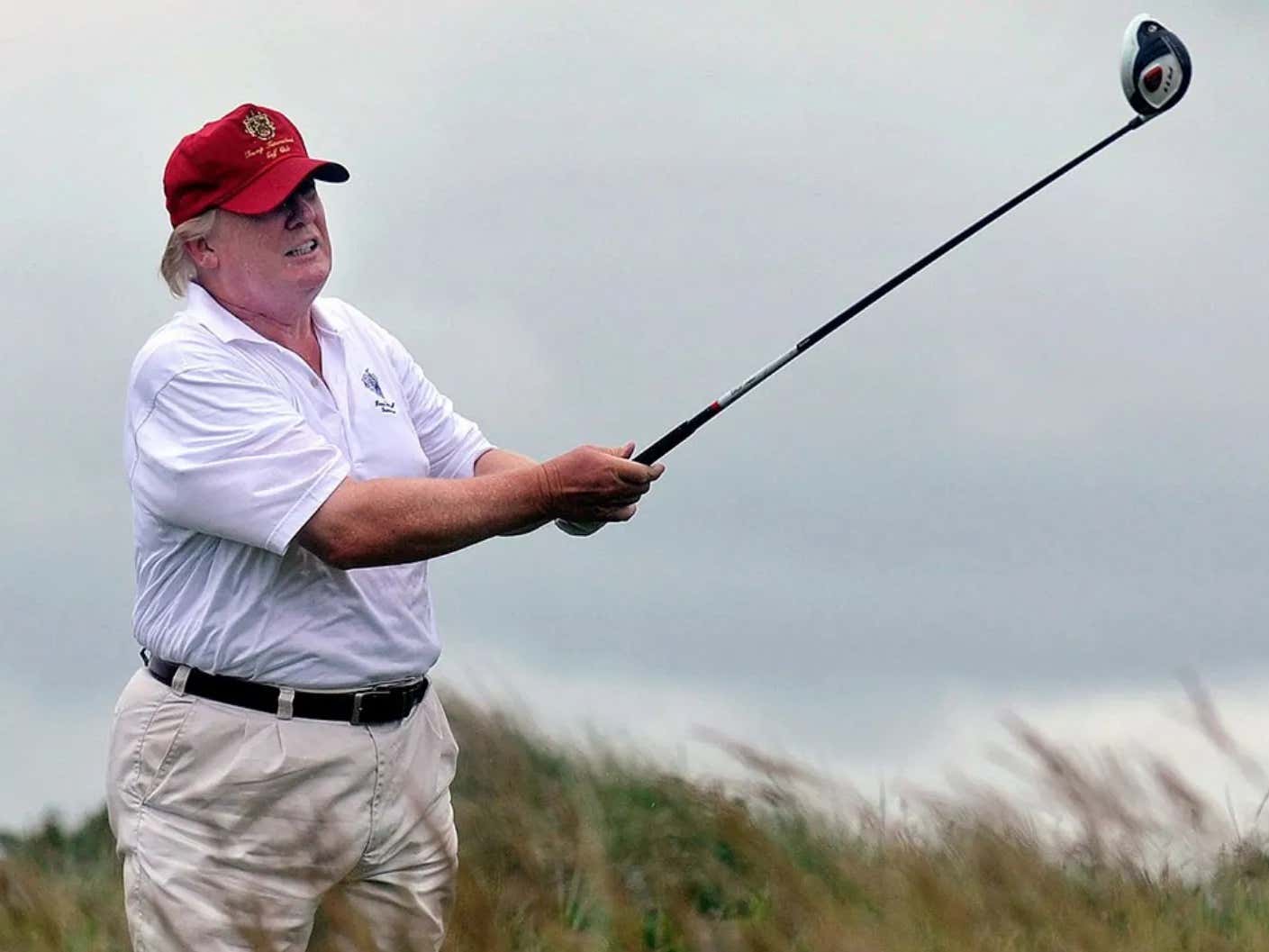 Sports Illustrated- Within the last few weeks, President Donald Trump had a room-sized “golf simulator” game installed at the White House, the Washington Post reports. The game reportedly allows the President to play virtual rounds at courses all over the world by hitting a ball into a large video screen. The simulated was an upgrade of an older and less sophisticated simulator that had been installed under President Obama. A White House official told the Post that the new system and it’s installation cost about $50,000, which Trump personally paid for. The game was installed in his personal quarters.

The official added that Trump has not used his new simulator since the installation. Although Trump has yet to test out his new indoor set up, the President has still played on an outdoor course “about 139 times as president,” according to The Post. Most of his tee times have been at one of his 16 own golf clubs.

This is the big President Trump news of the day. He installed a $50,000 golf simulator into the White House and people are freaking out about it. A couple things. One, he paid for it himself so the, “Oh that’s tax dollars well spent” people can kick rocks. Two, he simply updated the one Barack Obama had put in so the, “Of course he would install a golf simulator. He never works” people can kick rocks. I’m nowhere close to a Trump fan but those are going to be the biggest gripes from people who don’t read the article and just read the headline.

Lastly, I hate wasting energy on un-shocking news, especially when it comes to politics. Like wouldn’t it have been crazier if we found out that Donald Trump DIDN’T install a $50,000 golf simulator in the White House? Or like recently when Usain Bolt showed up in sweat pants and tied the NFL record for fastest 40-yard dash. That was the biggest story in the sports world for a full afternoon but wouldn’t it have been crazier if Usain Bolt hadn’t run super duper fast? I know I sound like Buzz Killington here but it’s how I feel. Being shocked by obvious news seems like a real waste of time.

You might be asking why I would blog this story if I didn’t think it was a big deal and the truth of the matter is that Donnie T gets clicks. Donnie T moves the needle. He’s such a controversial and polarizing figure that the people who hate him will click and say, “Fuck this guy” and the people who love him will click so they can respond to the first group and say, “Fuck you” It doesn’t matter either way to me. I’m here for the clicks. I’ll take all of them.