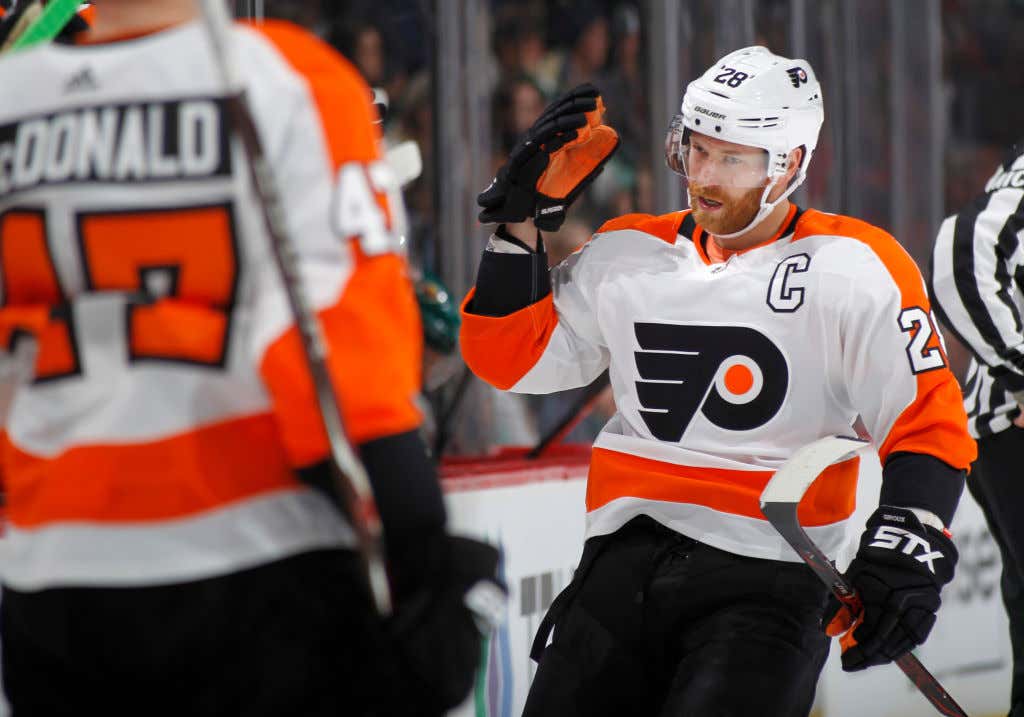 This season has been an….interesting one for Claude Giroux to say the least. Since taking over as the captain of this organization in 2013, the Flyers are yet to win a playoff series. This year he saw his general manager get fired. Then he saw his head coach get fired. Then the Flyers went on an 8-game losing streak and found themselves in 31st place in the league. Obviously things have been turning around here and they’ve managed to get themselves just 6 points out of a playoff spot in the East with 25 games left to play on the season. But you have to imagine that life has been pretty frustrating for Claude Giroux over the years, and specifically so over the last few months here.

And when Claude Giroux is frustrated, it is the worst time imaginable to be a hockey puck. Because if there’s one way for Giroux to get out some of that frustration, it’s by murdering the shit out of a puck and sending a goddamn missile to the back of the net. Ladies and gentlemen, I present to you–Claudothan Giroux.

It’s only a matter of time at this point before Claude Giroux puts a puck through the back of the net. And when that happens, the NHL isn’t going to be very pleased. I mean think of all the money they’re going to have to waste every year needing to repair and replace all the nets that Giroux destroys. It’s basically like lighting all the money the league brought in through the Vegas and Seattle expansion and they’d be lighting it on fire. If I’m Gary Bettman, I think I need to intervene here. I think I say to the other 30 teams in the league that the Flyers need to get at least one playoff series win here with Giroux as the captain before he completely bankrupts the league by breaking every net he plays on.

And oh yeah, the hands on this Jimmy Van Reemer goal to give the Flyers the win last night was a thing of beauty. Soft hands for a pigeon. He must use a lot of lotion.

Good things happen when Gostisbehere gets his shots on net instead of 16 feet wide. Greasy comeback win for the boys last night. 4 more games before the Stadium Series against Pittsburgh. Detroit twice, Tampa and then Montreal. All I’m saying is that they can definitely pick up 6 or 7 points before then…