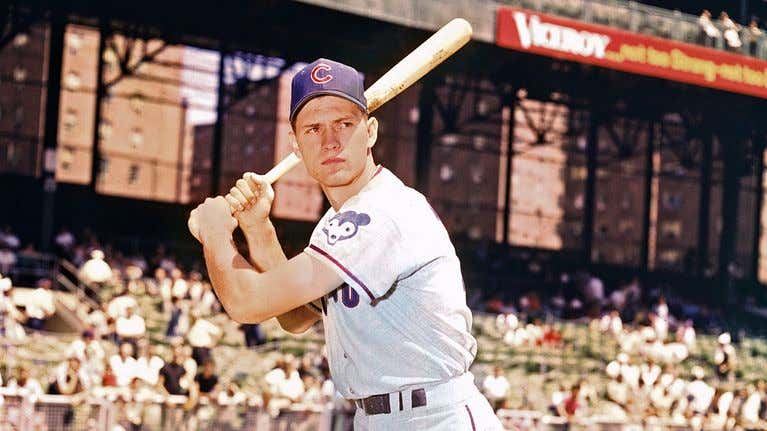 Ken Hubbs, the 1962 National League Rookie of the Year dies tragically in a plane crash near Provo, Utah. The Chicago Cubs 22-year-old second baseman was visiting a family friend in Utah and died when he was flying back to his home in California. Hubbs along with a friend had taken off in a single-engine plane in freezing conditions and crashed a short time later.

Ken Hubbs was born in Riverside, California on December 23, 1941. He was a gifted baseball player from the start. In 1954, Hubbs was part of the Colton team that made it to the finals of the Little League World Series. Ken Hubbs would become one of the first players that played in the Little League World Series to later make it to the Major Leagues. Hubbs was a three-sport star in High School, he was recruited to play quarterback at Notre Dame and recruited by John Wooden to play basketball at UCLA. However, baseball was Ken Hubbs’  true love as he signed with the Chicago Cubs in 1959.

Ken Hubbs made his debut with the Cubs at the end of the 1961 season, playing in ten games in September. The following season, a spot at second base opened for Hubbs when Don Zimmer was picked by the New York Mets in the expansion draft. Ken Hubbs had a solid rookie season, batting .260 with five home runs and 49 RBI, scoring 90 runs. Where he truly excelled was in the field, becoming the first rookie to win a Gold Glove. Ken Hubbs suffered through a sophomore slump in 1963, as his average dipped to .235, however he was poised for a bounce-back season in 1964.

A devout Mormon, Ken Hubbs did not smoke or drink. He had a fear of flying and sought to overcome that fear by getting his pilot’s license. After a buying Cesena, he flew to Utah to visit a friend named Denny Doyle that had just had a baby. On the morning of February 13, 1964, Ken Hubbs and Denny Doyle got on his plane to head back to California. However, the weather in Provo that day had been rough with snow and temperatures below zero. Utah authorities lost contact with Hubbs plane shortly after takeoff, as he never arrived in California. After an extensive search, the wreckage of the plane was found in Utah Lake a half mile south of Bird Island, as both Hubbs and Doyle were believed to have died on impact.

A funeral was held a week later a funeral was held at Colton High School as hundreds of admirers came by to pay their respects to Ken Hubbs. At the funeral, several of Hubbs Cubs teammates would serve as pallbearers including Ron Santo and Ernie Banks, as his number 16 was not issued for several years in remembrance, while Topps issued a special memorial baseball card in tribute in 1964.