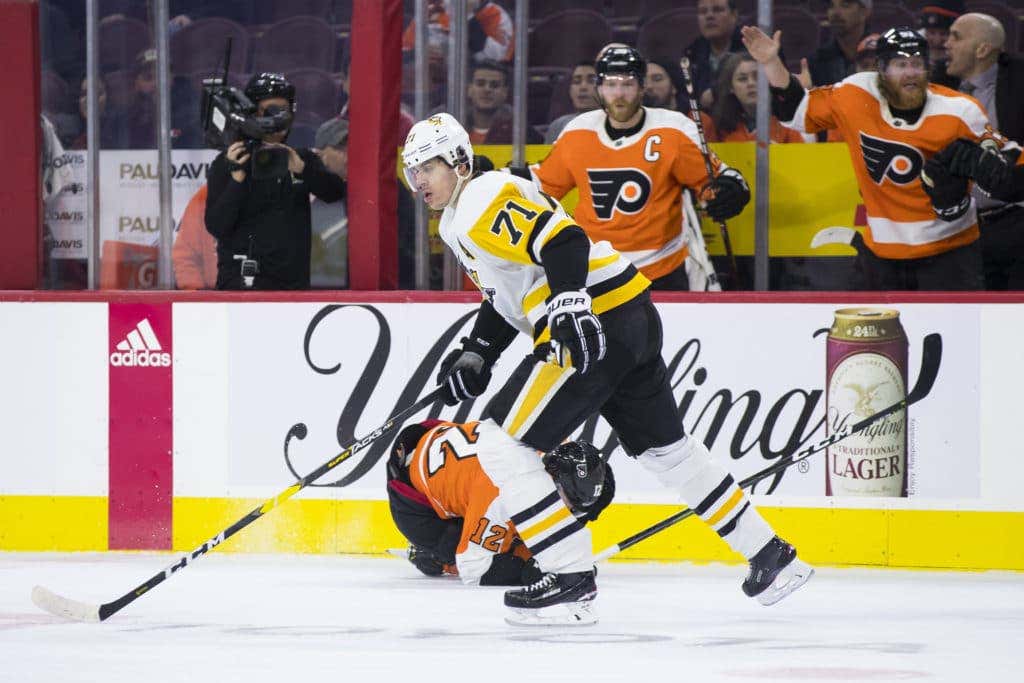 I said this in a previous blog and I’ll say it again–I fully understand that Michael Raffl was not completely innocent in this situation. He crosschecked Malkin right between the back of the pants and the shoulder pads where there is very little to no padding. Then he gave Malkin a little rabbit punch to the back of the head. It was clear that Raffl was trying to antagonize Malkin here. Something that you’d expect to see in a rivalry as heated as the Flyers vs Penguins.

But fighting is allowed in hockey for this exact scenario. If you’re not happy with how somebody is playing the game out there, you have the right to drop your gloves and start chuckin’ some knucks. It is written in the rules that Evgeni Malkin could have physically beat the shit out of Raffl here and it would have been completely fine. If Malkin turned around, dropped the gloves and caught Raffl with a hook to the jaw? That’s hockey right there.

What’s not hockey is using your stick as weaponry and swinging it around with reckless abandon, almost catching Raffl in the face which would have done some serious damage. Malkin is beyond lucky that the blade of his stick didn’t catch Raffl in the eye or else we’d have another Bryan Berard situation on our hands. So hopefully the 1-game suspension here causes Malkin to start to think twice before he acts like a goddamn lunatic out there on the ice. Obviously it could have and probably should have been more. But from this point moving forward, he’ll be a repeat offender and the punishment will keep getting worse. Only way to not get suspended anymore is to fight like a normal hockey player instead of throwing a temper tantrum like a psychopath.