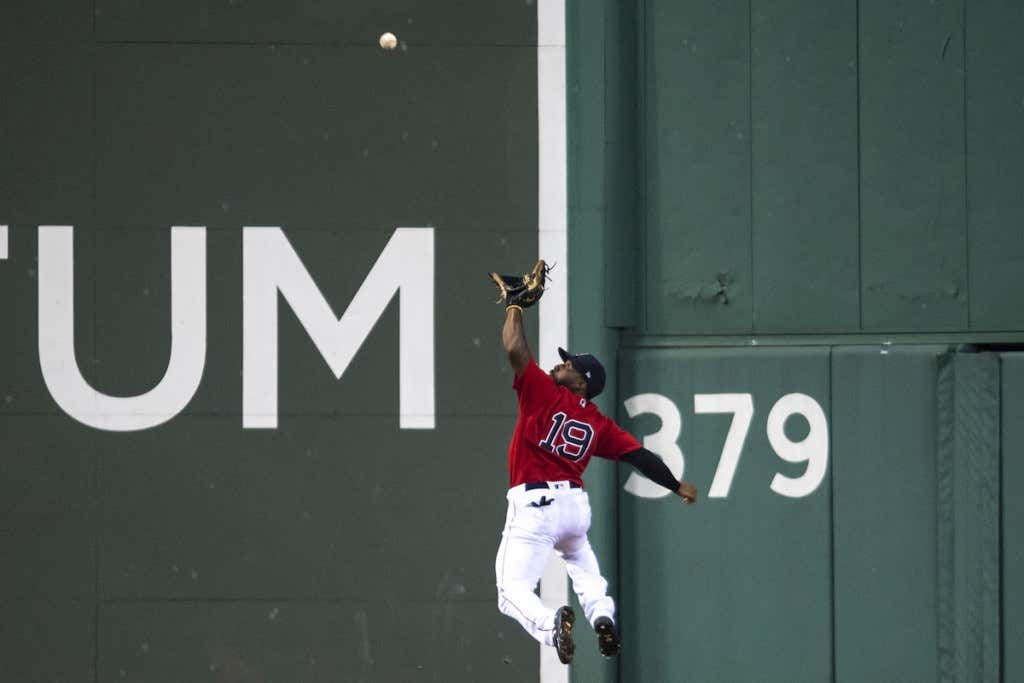 Jackie Bradley Jr. has long been regarded as one of the best defensive centerfielders in baseball — quite possibly the best defensive centerfielder in Red Sox history — but he never had a Gold Glove to show for it. After a banner year in 2018, Bradley finally added a Gold Glove award to his trophy case, which I’m sure is proudly displayed next to his 2018 ALCS MVP trophy.

Had Bradley once again not been selected as a Gold Glove recipient, his name would be somewhere near the top of the list of greatest defensive outfielders who had never won a Gold Glove. As you know, that’s no longer the case. Bradley finally has one of his own, but when asked about it, his response was not what you’d expect.

“Last year was probably, maybe my worst, in my mind,” Bradley said outside JetBlue Park on Tuesday, one day before pitchers and catchers officially report. “But it goes to show that sometimes what you think might not be accurate, but I think I can get better and learn some things and still continue to grow.”

HUMBLE CITY: POPULATION JBJESUS. I love it. “I was so bad and I still won the Gold Glove.” I mean, props to Jackie for that answer. If there’s one thing you’re always gonna get from JBJ, aside from the outstanding defense, it’s honesty. Even though he plays for the Red Sox, he went to the Super Bowl decked out in Rams gear because he…just likes the Rams. Fairly often, we see Boston sports athletes repping other Boston sports teams, which, don’t get me wrong, is fucking awesome. I love that. But I also respect when Boston athletes don’t bail on the teams that they truly grew up rooting for. Then, you had Bradley’s stance on attending the Red Sox’s trip to the White House. He doesn’t wanna go. You don’t like it? Too bad. It’s his decision and his decision alone.

But back to defense for a second. We’re living in a weird time as it pertains to evaluating defense in baseball. Sure, we’re well past the days of strictly looking at fielding percentage as some sort of end all, be all, but the new defensive statistics that are being cited today are far from the end all, be all in their own right. They’re better units of measurement, sure, but certainly not an exact science. Defensive Runs Saved (DRS) is probably the only defensive statistic that I’d ever cite at this particular moment, and it’ll still raise some eyebrows from time to time. See: Trout, Mike.

If you go by DRS, then Jackie’s actually right. Since becoming a full time major league centerfielder in 2014, Bradley’s 2018 season represents his worst as a defensive centerfielder. DRS says that he actually cost the Red Sox two runs, which I’m gonna have a hard time believing is the truth. A tick down from what we’re used to seeing from him defensively? You could sell me on that. Defensively detrimental to the team? Get the fuck outta here.

On that note, though, it’s probably a good thing if Bradley actually believes that. You take one of the best defensive centerfielders in the game, who already has a chip on his shoulder, and then tell him he’s coming off his worst defensive season? This is the guy that we see highlight reel catch after highlight reel catch from on a night-to-night basis. The guy that has such a cannon that he can throw a baseball from home plate into the centerfield stands. Fuel up on that motivation, Jackie.