CHICAGO – A stakeout outside the studio of controversial singer R. Kelly Sunday night turned into a chaotic scene that required Chicago Police.

CBS46 Reporter Jonathan Carlson and  photographer Eric Carlton were in Chicago chasing down leads related to the singer. As day turned to night, the CBS46 crew witnessed people in and around the studio well past a 9pm curfew imposed by a Chicago Judge.

Carlson said between 11:00 p.m. and 11:30 p.m., a Jeep Wrangler Unlimited was moved onto the sidewalk at the entrance of the studio. The CBS46 crew left their car to shoot video, leaving the driver’s side window open and the keys still in the car.

As Carlton recorded video on the sidewalk, a black Audi SUV without any license plates that could be read pulled up alongside the CBS46 crew’s car. In the background of the video shot at the scene, an unknown person can be seen opening the car door of the vehicle the CBS46 crew was using. Carlson then turns to run to the car as the unknown person closed the car door and got into the Audi SUV.

And naturally it continues to get more bizarre because we’re talking about R. Kelly here guys. He’s the poster child for doing bizarrely illegal things. He probably wiped his ass with the studio-curfew Court Order then made someone in his crew carry it in their back pocket for the next 72 hours before turning it into one massive blunt. And that’s probably normal behavior by his standards. 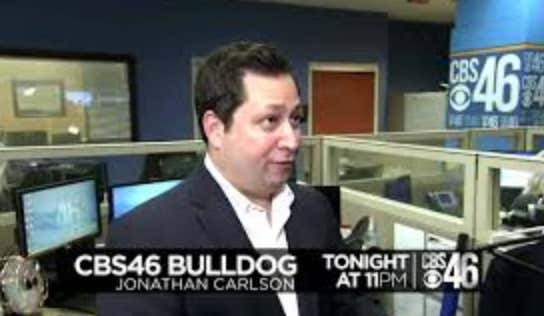 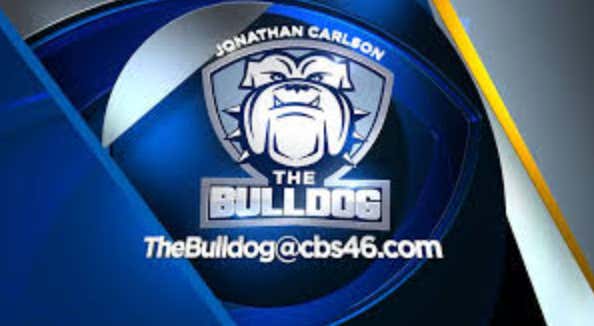 It should be no surprise but the Bulldog means business. Even if you ignore his custom logo, you cannot look past the fact he traveled from Atlanta to Chicago in the dead of February to get some more intel on the story. It’s clear the Bulldog has an insatiable thirst for justice that must be quenched.

Generally, I don’t have an ounce of sympathy for these idiots. I think anyone from Chicago can agree that you pretty much get what you deserve in all material respects. Like you stand outside pestering people for 12 hours or whatever, how the fuck do you think his crew is going to react? Then imagine them finding out you’re some guy from Atlanta looking to snitch to the Chicago Police. This guy is lucky they didn’t turn his face into a fucking catchers’ mitt. Bulldog probably wouldn’t love that. Just a hunch, I’m not the investigative reporter.