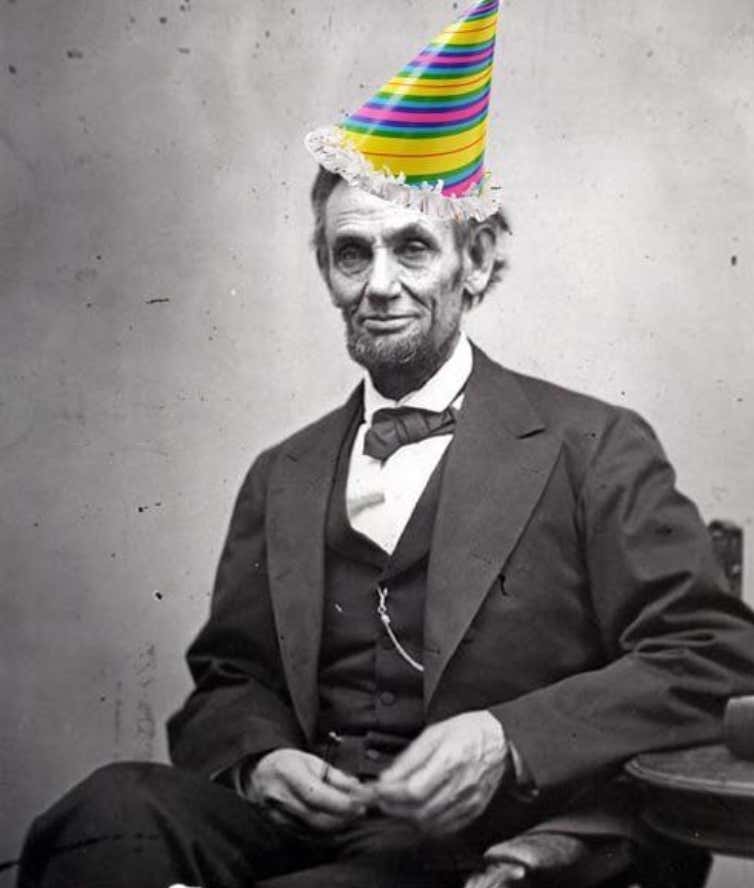 Happy Birthday to my guy Abe Lincoln. One of the only smart things Illinois has ever done is claim his legacy for our own. That way I guess we can never be embarrassed about Illinois politics because we’ll always have Abe to fall back on. Like Michael Jordan with the Bulls. No matter how bad leadership destroys the Bulls I’ll always have this

That’s exactly how it is with Abraham Lincoln. No amount of corruption can take away his contributions to mankind in preserving the only – I repeat – ONLY functioning common-man democracy in the history western civilization. Safe to say it was a stressful job 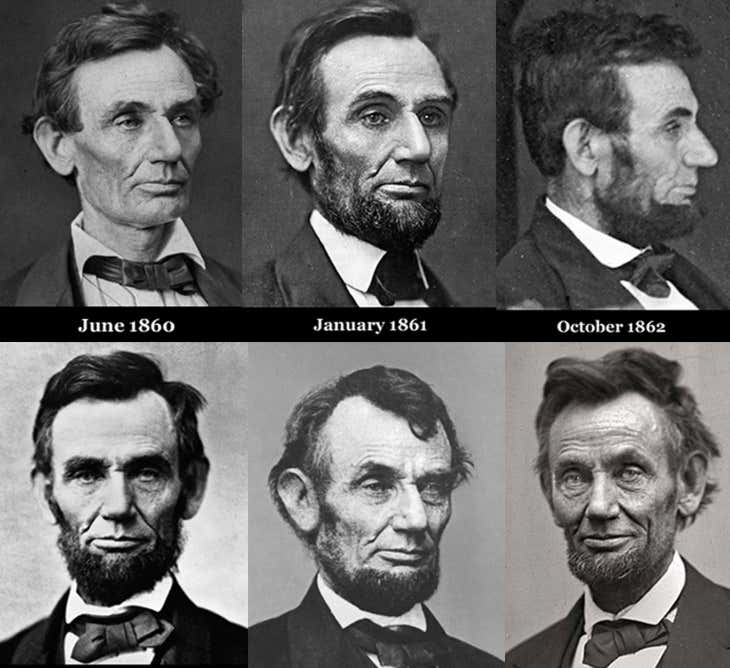 What a lot of people don’t know is that Abe Lincoln was a wrestling enthusiast.

“He was the strongest man I ever knew, and has been known to lift a man of his own weight and throw him over a worm fence. Once, in Springfield, the Irish voters meditated taking possession of the polls. News came down the street that they would permit nobody to vote but those of their own party. Mr. Lincoln seized an axe-handle from a hardware store, and went alone to open a way to the ballot-box. His appearance intimated them, and we had neither threats nor collisions all that day.”

Not for nothing he also cleaned up really fucking nice.

Those cheek bones don’t say President of the United States they say I’m Coming For Your Girl.

Naturally, I encourage you to watch LINCOLN today to get a taste of Daniel Day Lewis’s ridiculous portrayal. Apparently he walked and talked like Abe Lincoln for a year to get the thing down right and now it’s in the record books as one of the best acting jobs of my lifetime. Along the way you might find some inspiration from one of our country’s greatest heroes. 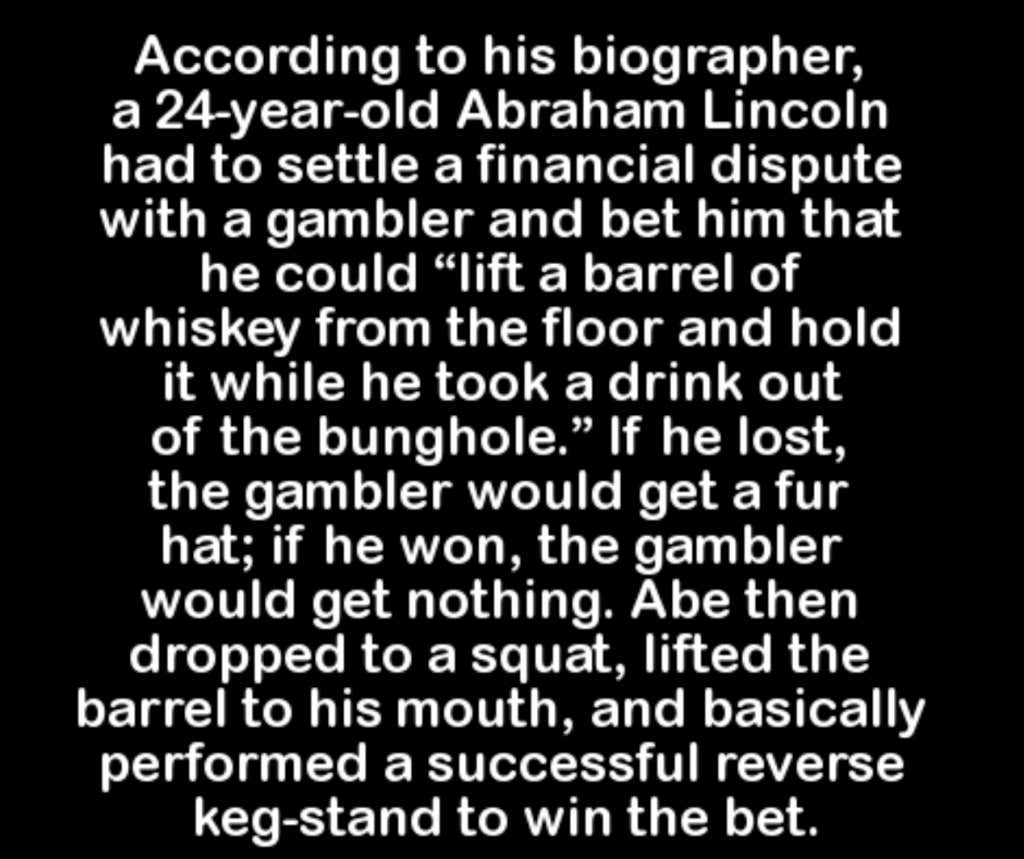