Okay so someone sent me this article today and asked me my thoughts on it.  Well, I don’t really have any thoughts on it.  Bleacher Report is great at what they do, but what they do is not breaking down sports from an analytical standpoint.  They’re an SEO machine that can’t be stopped but they’re not baseball guys who know the game from a micro standpoint, or at least the author of this article isn’t.

So what we’re going to do is nitpick every cherrypicked statistic in this article.  But first, I’ll say this:  when the Sox traded Chris Sale to Boston a few winters back, I said you’d have to judge the trade on whether or not the Red Sox won the World Series with Chris Sale leading the way.  They did, so they accomplished every possible goal when unloading 4 prospects for him.  The White Sox story has yet to be completely written, so it’s not a net loss yet, but the Red Sox could have traded 10 prospects for Sale and been happy with their current results.

That said, Moncada wasn’t great last year.  Not any way you slice it.  The trade needed to happen, and everyone loved it at the time, but it would have been nice if Moncada came out and lit the world on fire similar to Ronnie Acuna or Juan Soto did.  But he didn’t, and it has Sox fans worried and articles like this one are popping up non-stop.

So let’s break it down from the start:

Not so long ago, Yoan Moncada was MLB‘s next big thing.

Now, with the 2019 exhibition slate about to commence, the Chicago White Sox infielder needs to prove he isn’t the next big bust.

He led all second basemen with 21 errors and frequently appeared inept in the field despite his athleticism and five-tool potential.

Not great… but why in the FUCK, in the age of advanced analytics, is batting average even somewhat considered as a healthy judge of offensive performance?  So Bleacher Report is saying that if Moncada hit .300/.315 it would have been a “good” year?  Because I think they are.  Which is stupid.  On base percentage is the only statistic that means anything here.  Moncada’s wasn’t good, but with how little he hit, it’s actually not bad – there’s 80 points that separate his batting average and OBP so he’s actually proven pretty adept at drawing walks.

The White Sox have other impressive players rising through their system, including outfielder Eloy Jimenez. Moncada could be squeezed out of an infield depth chart that features shortstop Tim Anderson and third baseman Yolmer Sanchez.

This part of the article is LAUGH OUT LOUD funny.  Moncada benched in favor of YOLMER SANCHEZ?!? 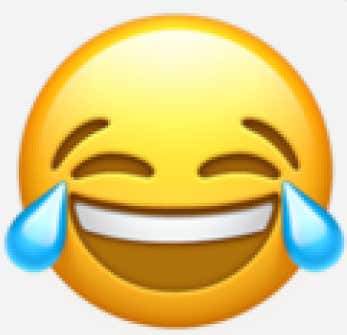 Let’s compare the 2018 slash lines of the two players:

Who ya taking?  Obviously answer B.  Moncada, at WORST, is a serviceable starting player in MLB, assuming 2018 was as bad as he’s going to be.  Which it is.

We’ve talked about it a lot before on both Red Line Radio and the blog.  Moncada is a weird hitter – he has too much patience.  He takes cock shots all the fucking time and yes it’s infuriating.  But it’s less infuriating than a young hitter who swings at everything. It’s way, way easier to teach a player to “swing” than to teach a player to “lay off pitches”.  He lead the league in strike outs looking by a LOT last year:

That, my friends, is a much easier *fix* than someone who strikes out a fuck ton swinging.  Ask any scout, any baseball guy on earth.  It’s the truth.  But he was also fucked over by umpires more than anyone else in baseball last year:

BRUTAL!  And as bad as this number is, it still seems low to me.  It seemed like he was getting fucked over every other game by an umpire ringing him up on a full count on a pitch outside the zone.  Nevertheless, there is statistical proof that he was penalized for performing his job well.

Now, *assuming* he gets fucked by umpires less and *assuming* he swings more this year, that and that alone will lead to a lot of improvement offensively from Moncada.  A .250/.330/.450/.775 slash with 20 bombs and 20 SBs is not out of the question at all, and that is a really nice offensive player.

I believe his his sheer talent that much.  The strikeouts will always be there but who gives a shit if he’s drilling baseballs to the gap on the reg?

This will be the biggest story of the year for the White Sox in their last year of the rebuild.  You can’t trade a future hall of fame pitcher and not get a stud headliner in return.  Yeah, Kopech flashed his ace potential and Basabe is another super toolsy 3rd piece, but they need Moncada to eventually be an All Star, not just an average starter.

But my promise to White Sox fans everywhere is that he WILL be one.  He will be a stud.  Last year there were so many extreme numbers that won’t be duplicated again, like his absurdly high amount of strike outs looking on pitches outside the zone.